An Estate Sale of Lights 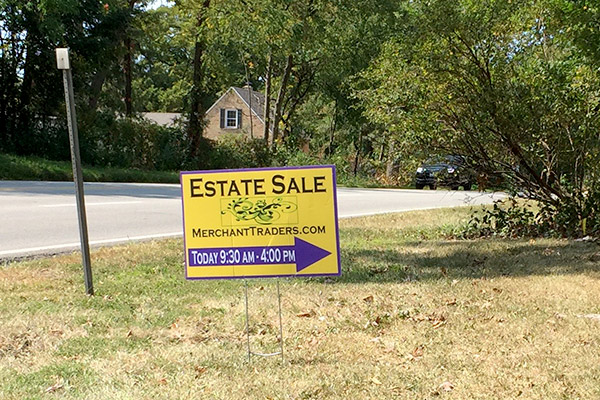 Sunday AM, I went with Liz to some estate sales out in the suburbs. I was still not feeling super great, but there was one place in particular that was the home of someone who used to sell a lot of vintage lights online.

It seemed like an important one for us to go to together, so a little Sudafed + Starbucks helped me out. 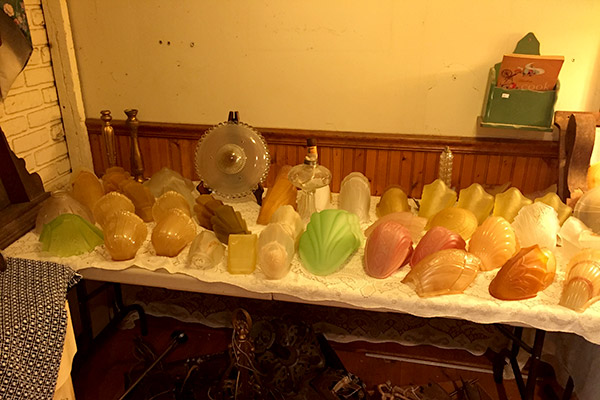 On arriving, the place was adorned with lighting fixture stuff everywhere. This is what we saw, walking in to the kitchen. 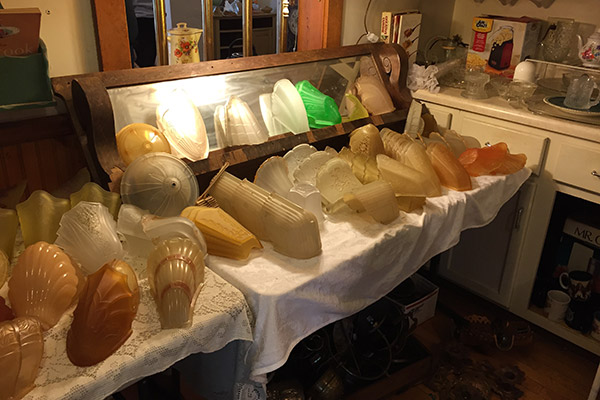 There was a gentleman who made some comments to me and Liz, as we were setting aside some things for purchase. He recommended visiting the bedroom on the top floor for more covers.

I thought he was a kind of nosy busybody, but eventually overheard that he was possibly the owner of the house – or knew the occupant in some way. He made several really nice recommendations, and ended up sharing a lot of his knowledge with Liz.

I think I tried to listen to him, but I was a little out of it. And so I didn’t really take his advice/suggestions as seriously as I should have. 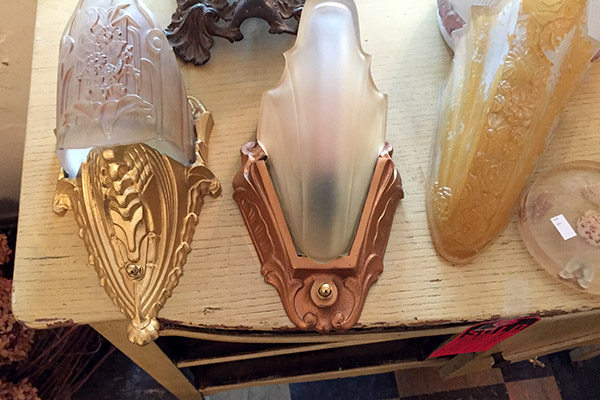 We learned that mant of the covers slid into the fixtures, but they differed in terms of which were compatible with one another. 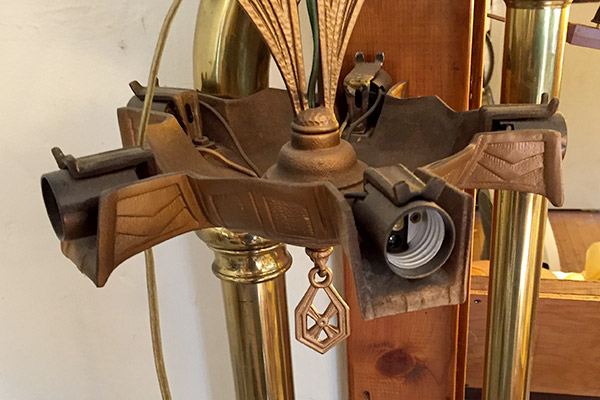 As an example, here’s a fixture that houses five lights/shades. Notice the small little tabs, right above the light socket. 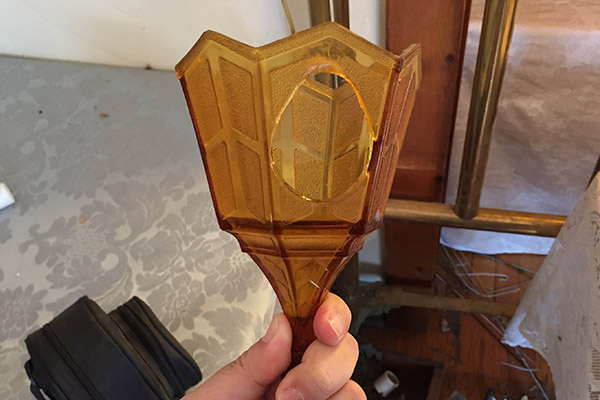 This is an example shade/cover, designed to go with the fixture. Note the curved opening in the glass. 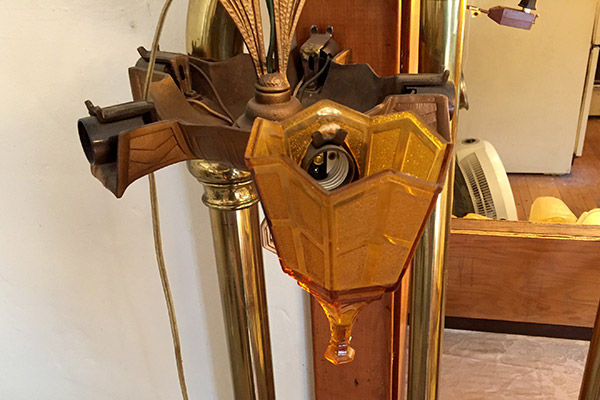 The cover, situated in place on the fixture. The nice gentleman who was kind of hovering around on the first floor shared this with us. 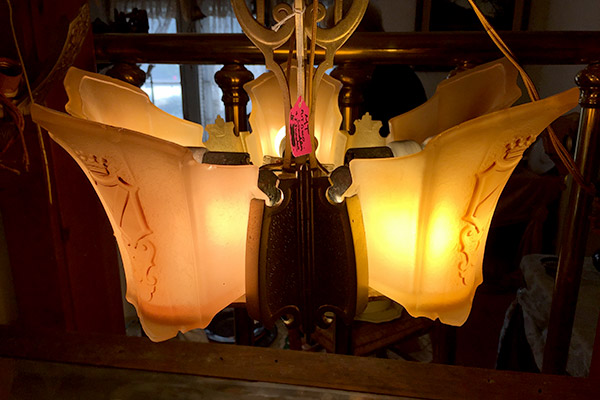 A different type of fixture, with lights and shades installed. 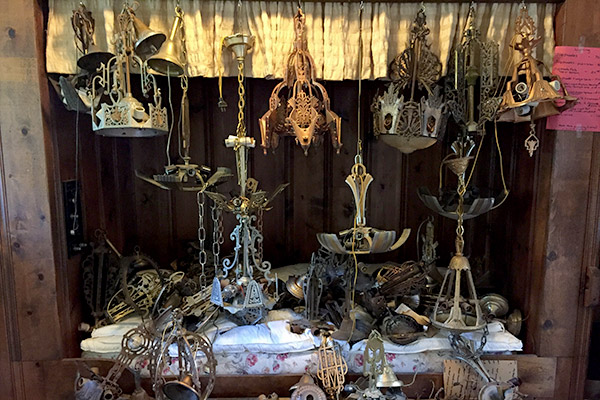 The upstairs bedroom that the gentleman was referring to. Boy, was it packed! 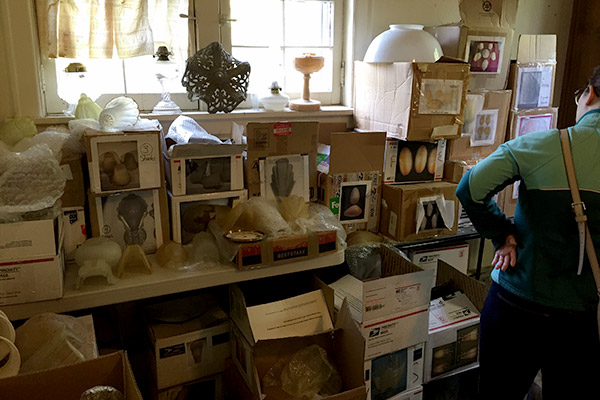 Covers aplenty. Liz, searching through the mix. In addition to looking for things for our house, she was on the hunt for a specific type of shade/cover for her mom. 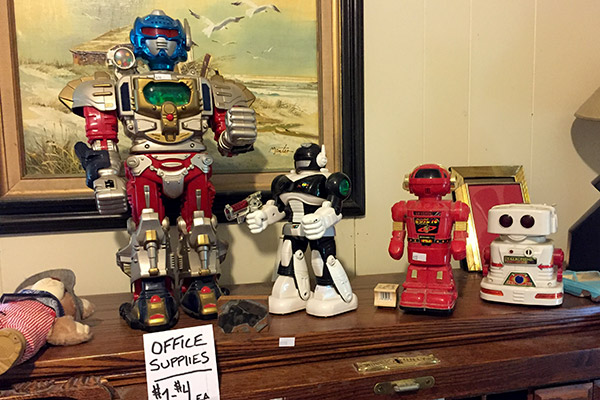 In the upstairs office, with lots of robots. 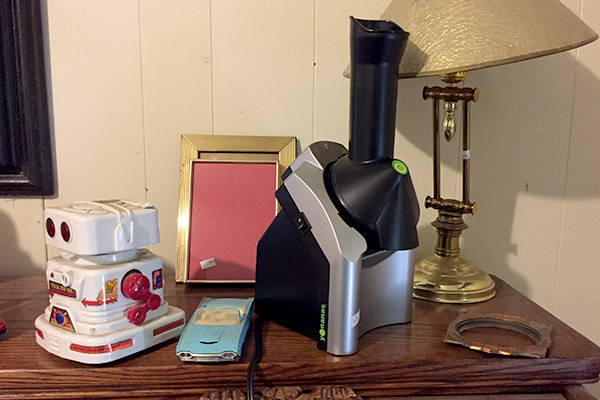 This guy on the right stumped me. I wasn’t sure if it was a flashlight or a telescope, or some kind of vaporizer. No clue. The text on the side says: Yonanas.

About 25 minutes later, while wandering again in the kitchen, I found the instruction manual for this thing. And wouldn’t you know it, there’s a website as well as a promotional video: 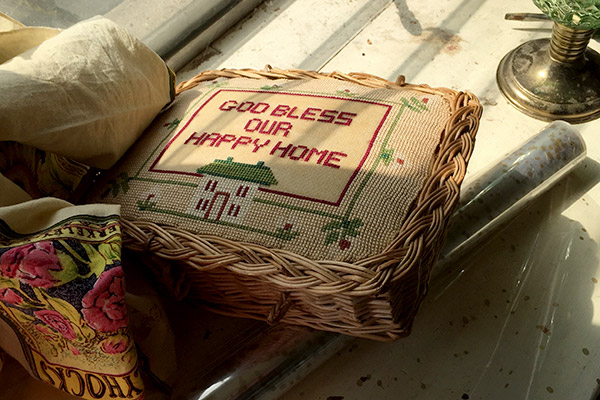 This made me a little sad. 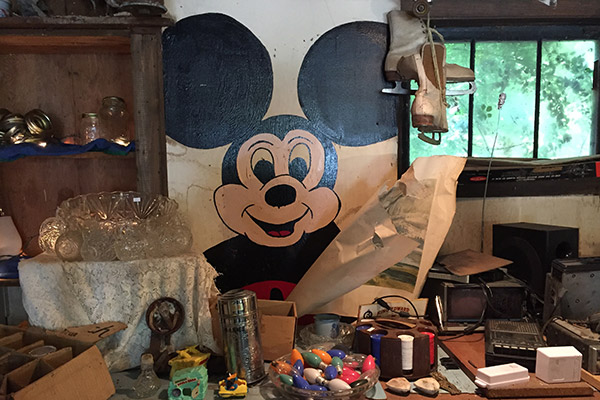 Custom Disney decoration, in the basement/garage. 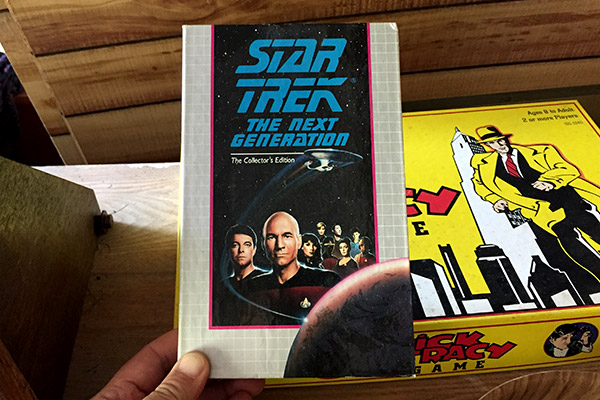 It’s not an estate sale (or flea market) until you find a VHS copy of Star Trek TNG! 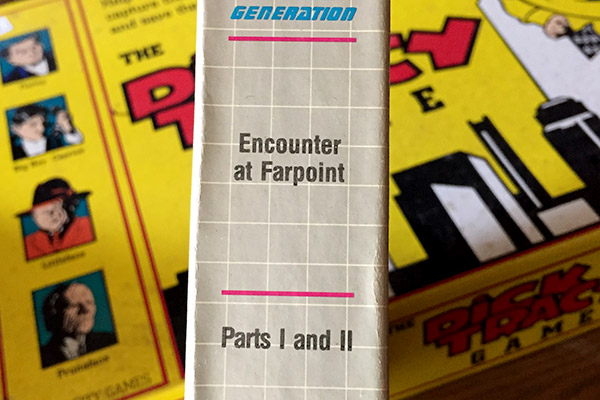 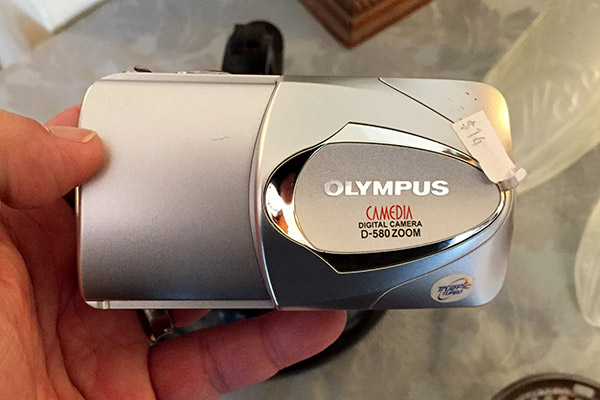 My one splurge: an old Olympus 4 Megapixel camera. I bought it mostly because there was still a memory card in the camera.

Oh, and since this particular estate sale had been going on for a while… everything was 75% off. So this ended up being a $3.50 gamble for me. 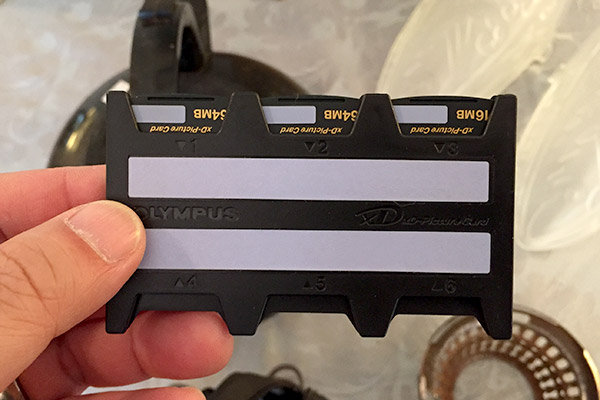 Add to the camera that there were three other memory cards. I figured, what the hey. I love found photographs, and perhaps I’d get lucky. 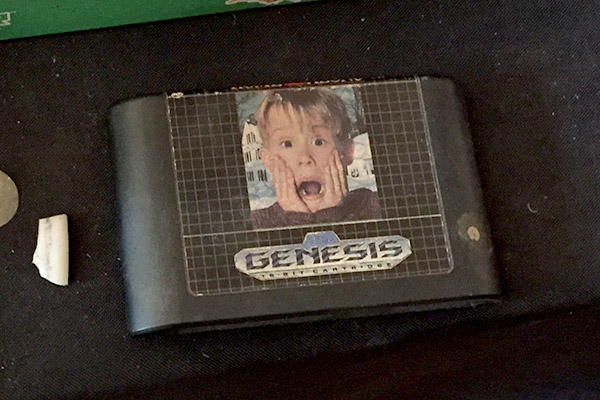 At the checkout line, there was this copy of Home Alone, the Sega Genesis video game. Not the weirdest movie-to-video-game I’ve ever seen, but close.

When we checked out, Liz was debating between two covers. She decided to just go with one, and set the other aside.

As we left, we learned we could stop by a closet to get a box and some bubble wrap, to help guard our purchases for travel. While we were there, the gentleman from earlier in the day (who was standing near the checkout and helping give prices on things) came by… and handed us the additional light shade that Liz had declined to purchase.

He said: “Don’t forget to wrap all the glass,” and smiled, and just quietly walked away. Liz and I were both astonished, as he basically had given us the equivalent of about $55.

We made it a point to thank him on our way out, and he just seemed really happy, smiled, and waved to us as we left.