Delays at Millennium Station, and a Well-Placed Advertisement 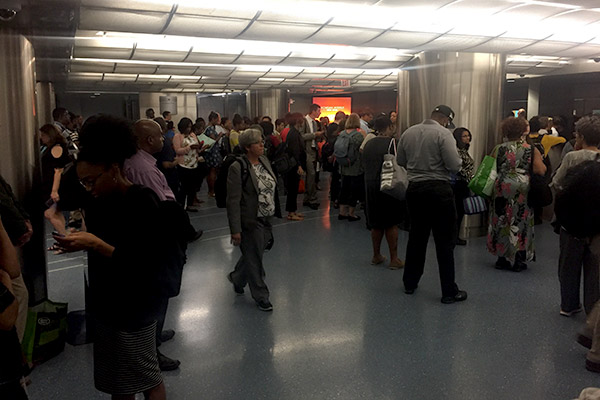 On arriving at Millennium Station, things were pretty hectic. When I walked to my train, I encountered a man walking up the stairs… saying that everything was delayed.

I walked past him to the platform, expecting to see a few folks waiting things out on the train. But the entire train had been cleared out.

I kept hearing the same announcement over and over again – electrical problems, and trains were delayed going in and out of the station. No real news beyond that. 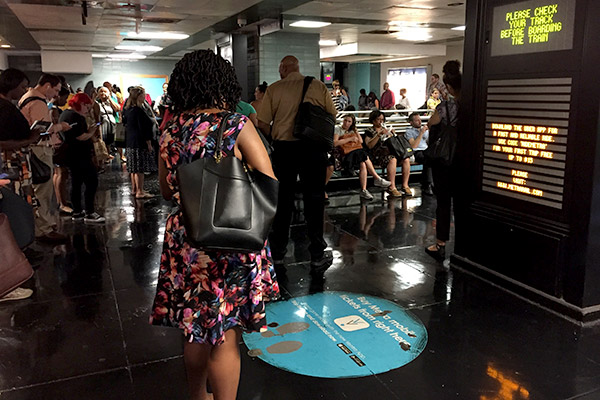 I waited around in the main lobby for a while, as more and more folks streamed in to… also wait around. There was no new information on any of the boards, but the one thing that caught my eye was what was being displayed. Namely: 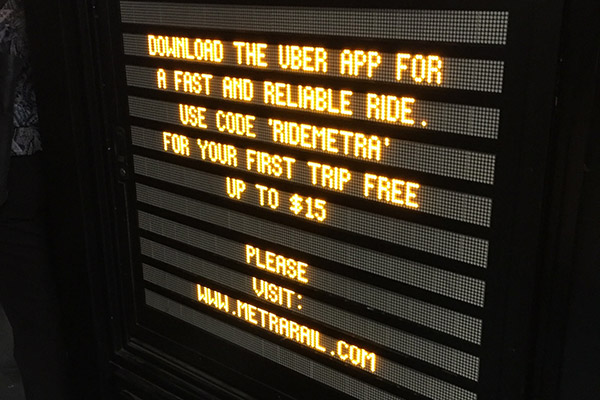 An ad for Uber. Which I found hilarious. I wonder if they specifically targeted times when the boards were inactive or unable to display info due to delays. I’ll have to keep an eye out in the future, to see if those ads show up all the time or not.

Incidentally… I got tired of waiting around for the trains. And ended up taking Lyft home.

Related:
No Time for Metra