We have a scheduled house night a few times a week, and before leaving work on Monday… I mentioned to Liz how tired I felt. 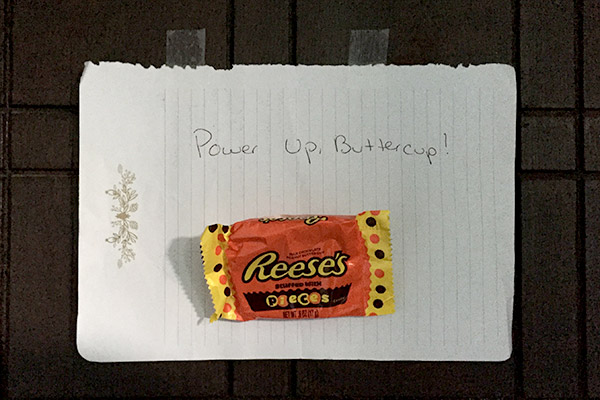 On arriving home, I found this taped to the door. 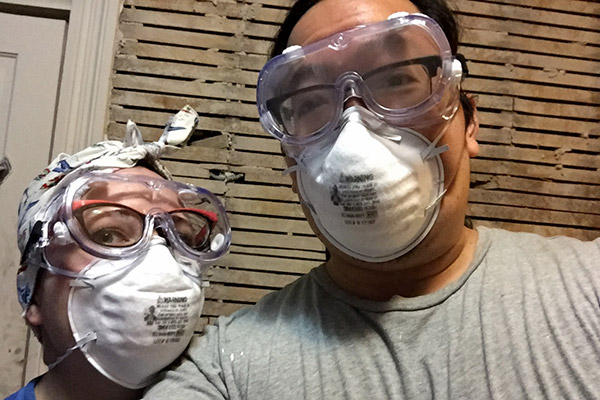 Suited up, ready to start work!

As a frame of reference, we did a lot of demo over the weekend – getting most of the plaster and debris out. But we had a lot of lathe still to clear. 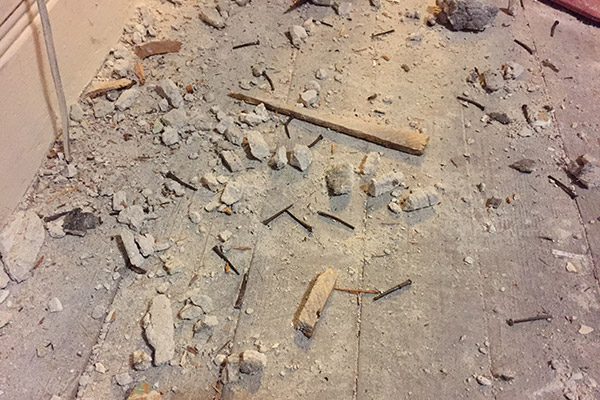 In the guest room, I’m convinced the guy who originally built the place was trying to go for some kind of Guinness world record for most number of nails used in a single stud. 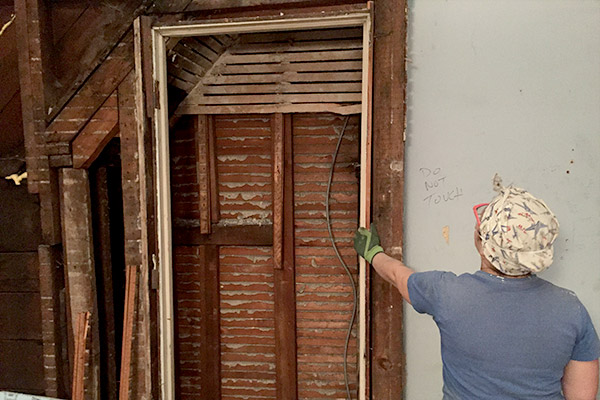 Liz, working on clearing the master bedroom closet. This will eventually go away, and become a door into the bedroom on the other side (which will eventually turn into a walk-in closet). 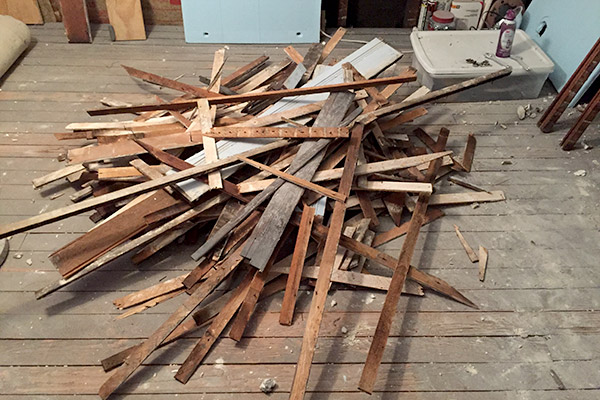 More lathe taken down in the master bedroom. 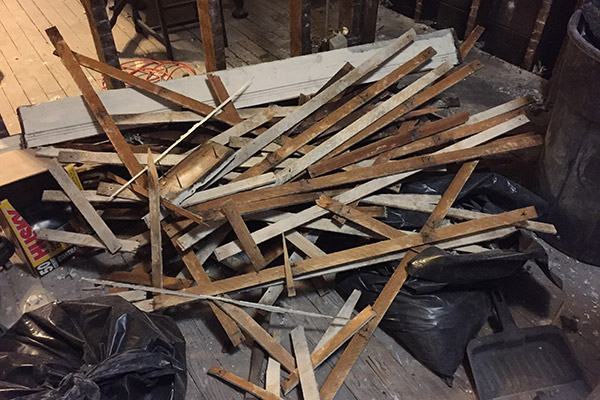 Another pile in the guest bedroom. 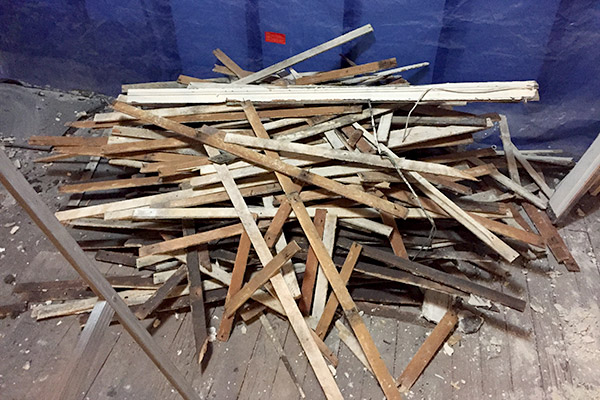 One of two piles, actually. 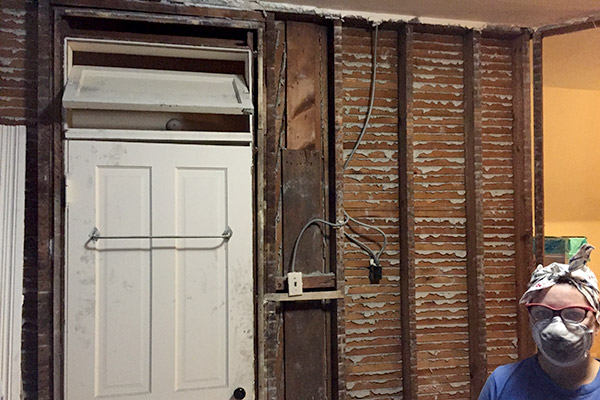 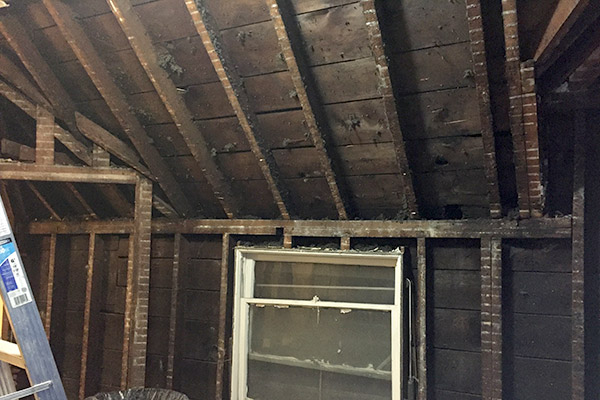 The north wall now fully cleared of lathe, but still in need of some cleaning up. 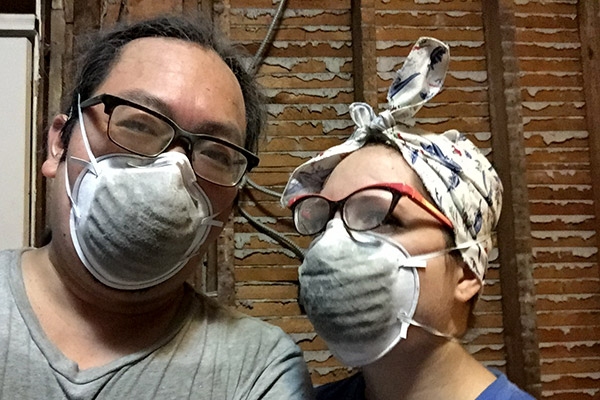 The after shot, as we’re about to head downstairs for a well-deserved beer. 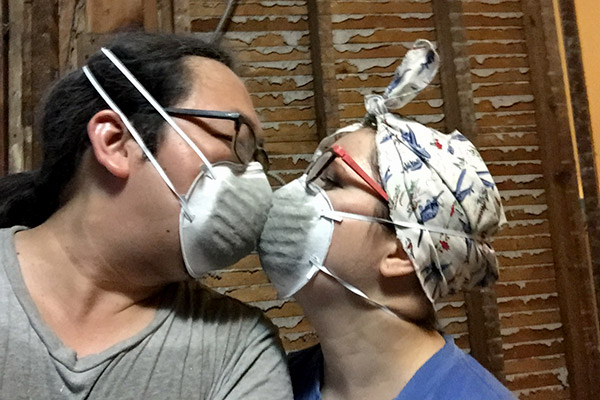 Our date nights are weird.