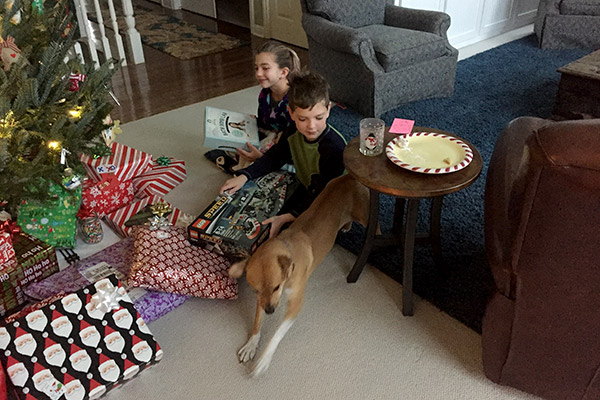 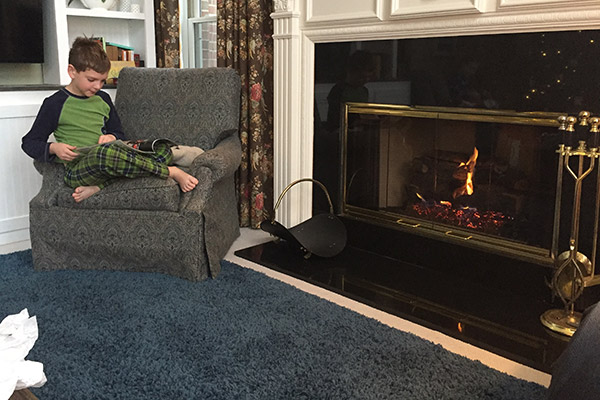 Jackson, checking out one of his stocking stuffers. He’s super into Basset Hounds lately, and he’s thumbing through a basset hound calendar. 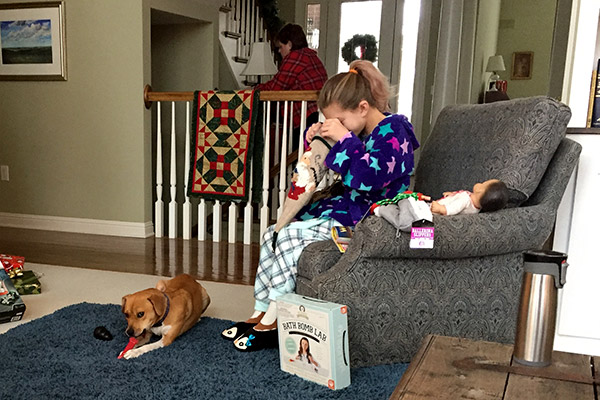 Isabelle, checking to make sure she hasn’t missed anything in her stocking. 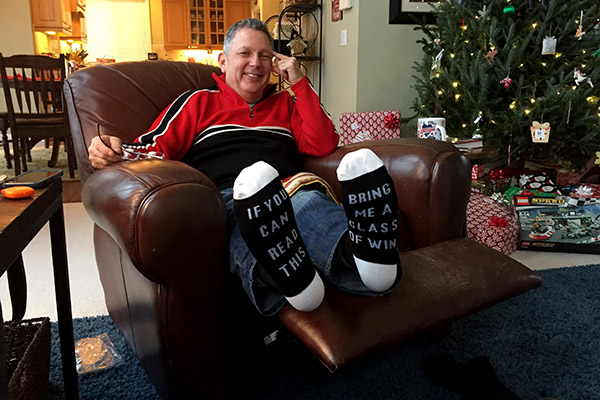 Kirt, showing off his new socks – comfortable, warm, and full of utility. 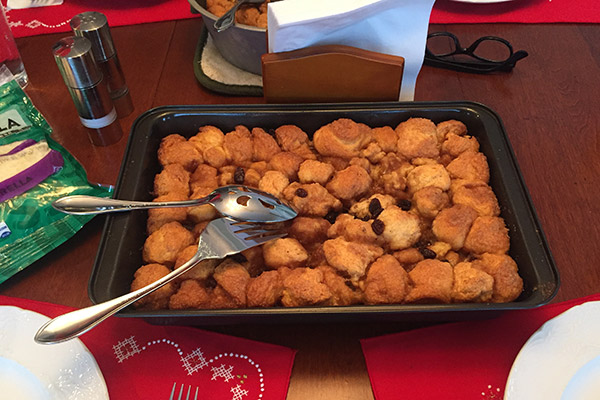 A staple at the Holder house, every Christmas: monkey bread! 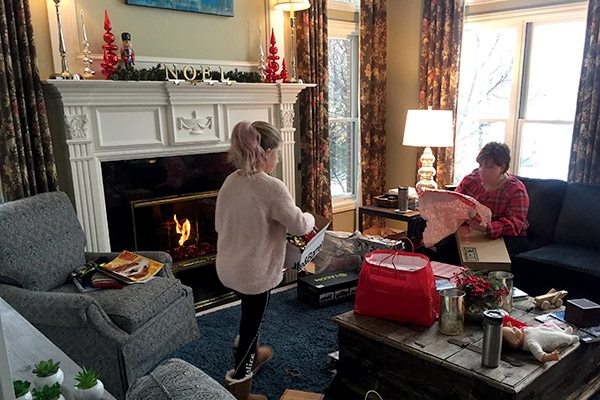 In the afternoon, I ended up hanging out with Jackson downstairs for some game time. We shot a round of pool, and played an Xbox car racing game. Isabelle joined us for a bit as well. 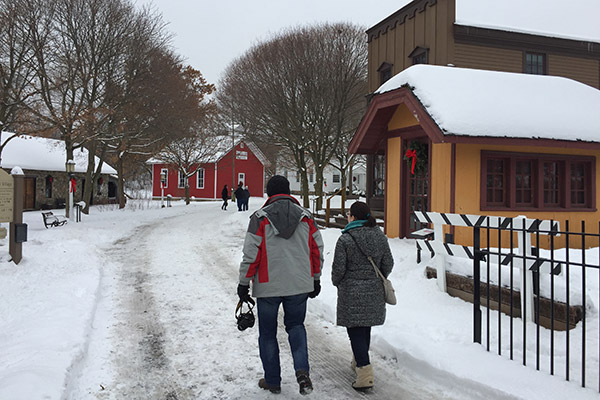 In the mid-afternoon, Kirt took Liz and I for a quick tour of Mill Race Village. Kirt joined the Northville Historical Society, and volunteers a lot of his time helping to keep up the grounds and buildings. 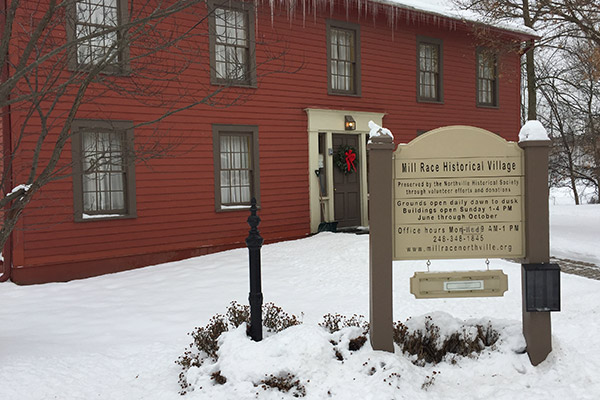 What’s amazing about the village is that each building was moved here (and in some instances, rebuilt here). 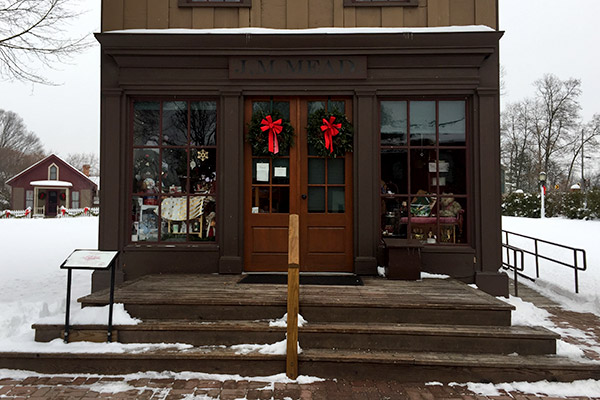 Originally built between 1830 – 1850, it was the last time-framed building standing in downtown Northville. It was dismantled and rebuilt in this spot in 2010. 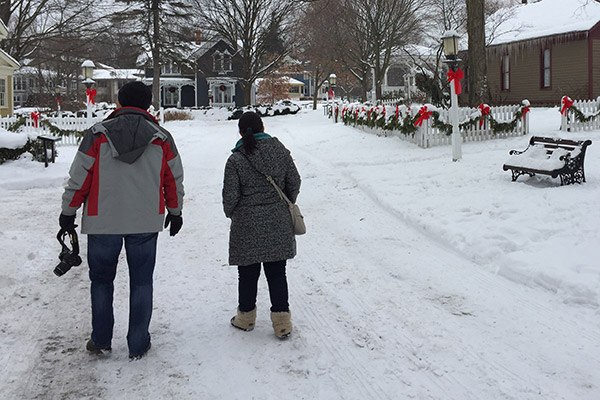 Kirt and Liz, walking down the main street. 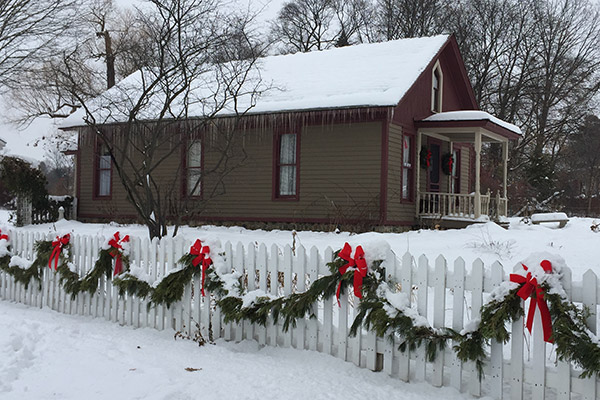 Can’t recall the name of this building. 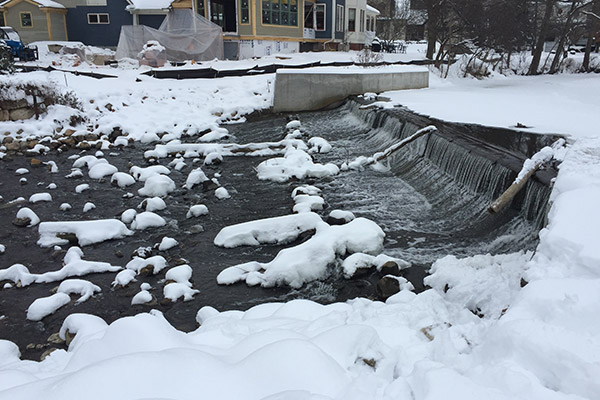 Walking past the buildings, we came across a small dam. 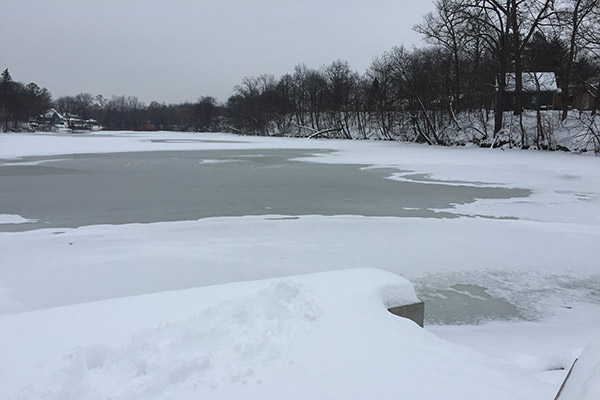 And a small bit of ice. 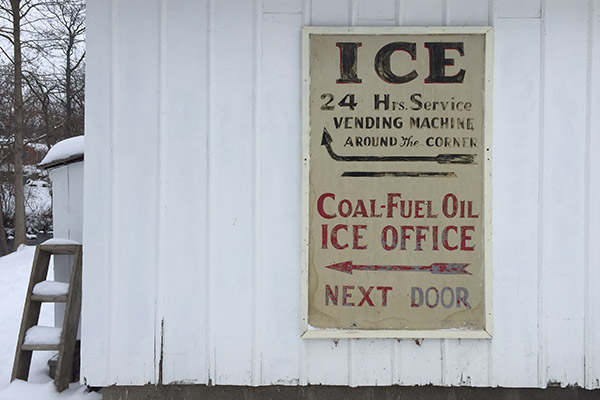 It was lovely to get a personalized tour of the village from Kirt, and to hear about how the buildings were moved/relocated to this spot.