Christmas Weekend in Indy, 2017 – Part 2: Visiting Sears, an Old Treat, and Lights at the Brickyard 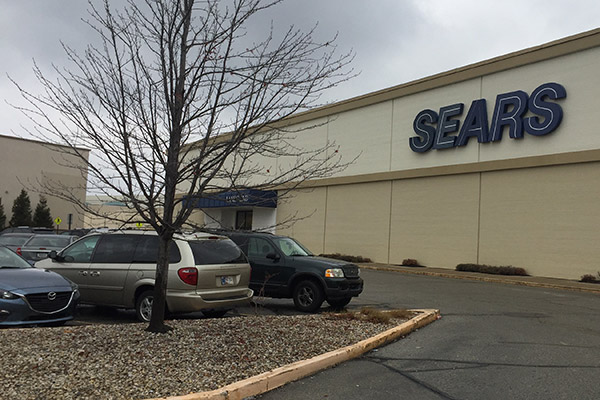 Today was kind of an errand day. With some time to kill, Liz and I wandered over to Sears to check out some Craftsman stuff. 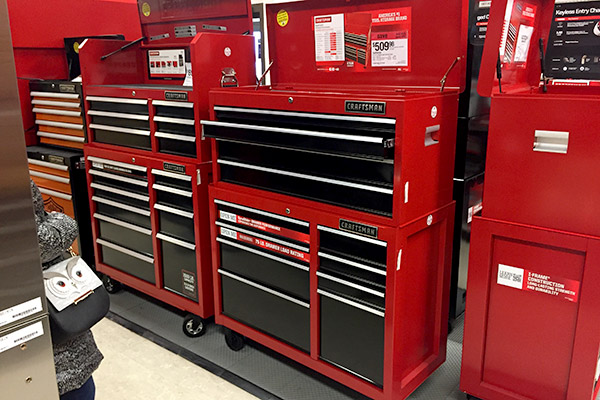 I got some money to use at Sears that expires at the end of this year, and we’ve been debating getting some storage units for our tools. 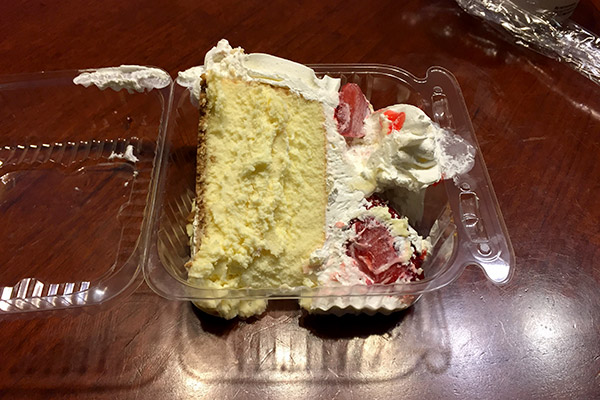 One of the stops we made: Shapiro’s (a smaller outlet version at Keystone). I was hoping to get a pastrami sandwich, but they were already sold out by around 11AM. As a consolation prize, we picked up some cheesecake. 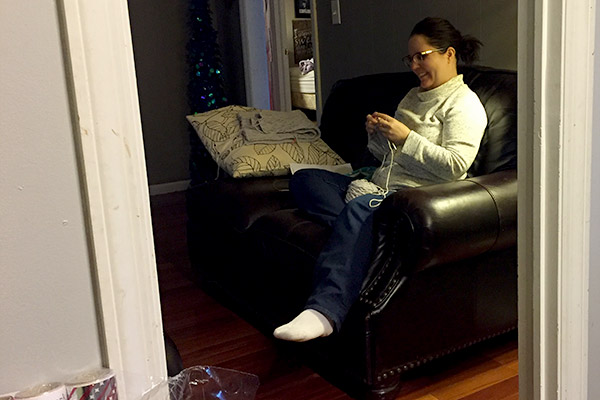 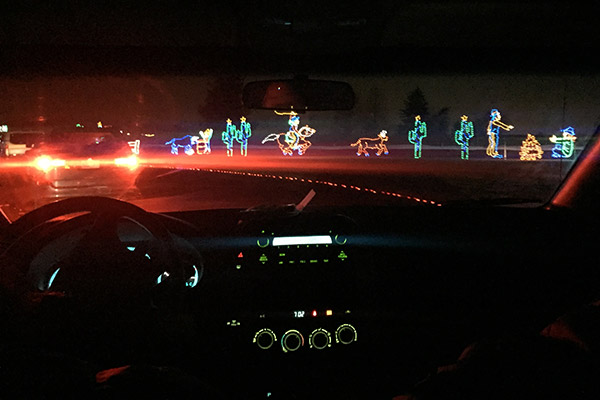 Through her job, Stacey got free tickets to Lights at the Brickyard. It took us a long while to get in (despite having a free speedy-pass), but once in – we got to slowly drive around the track, looking at all the lights. 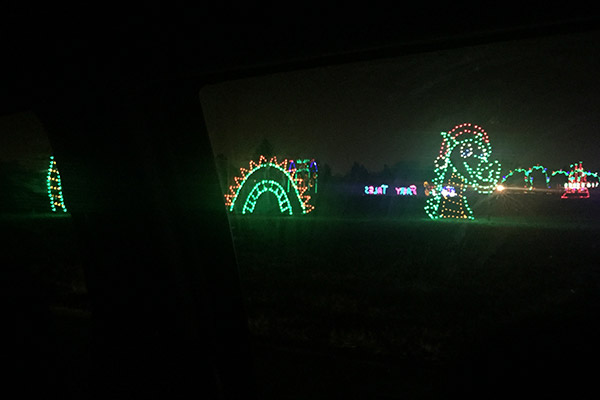 There were some ok exhibits, and some less than stellar exhibits. To be honest, I enjoyed things most when we were all making fun of the lights.

“Is that a house or a spider? Why are the reindeer stuffed under the hood of a sports car?” That kind of thing. 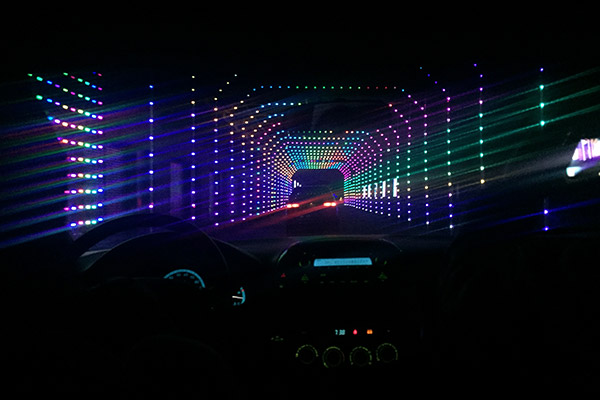 A neat tunnel, near the end of the tour. I could have just had this kind of setup for the full track, and would have been happy. 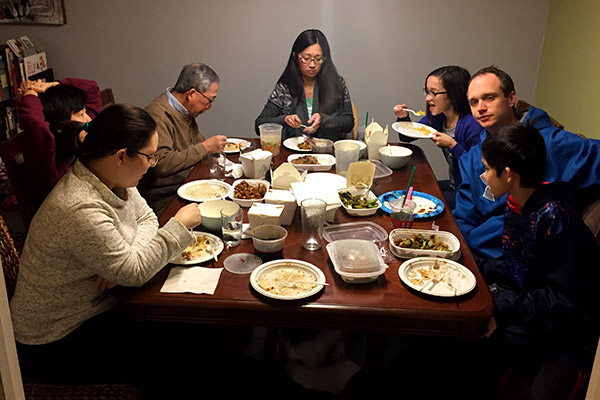 Post-lights, a little Chinese take out. Because it was Christmas after all. 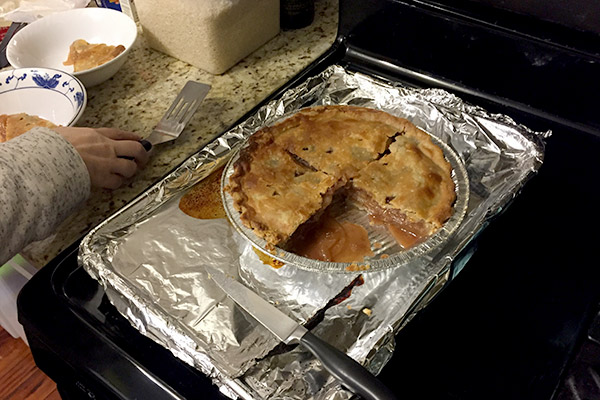 Liz brought along a pie from apple pie day in Valpo. 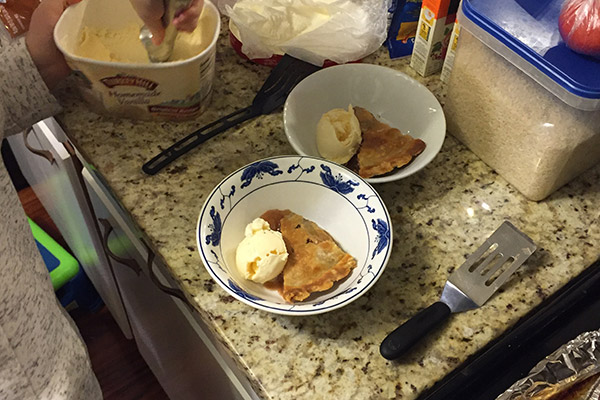 A little vanilla ice cream is a must.