Liz has been home sick for a few days now. Last night, she wanted to take a bath… so I spent a little time cleaning our bathtub, and started to draw a bath for her.

By the time the tub had begun to fill, our water was pretty tepid. Though I used a lot of water while cleaning the tub, I made sure not to use too much hot water. Despite that, there just wasn’t much hot water left, by the time we got to filling things up.

We’ve been having issues with our hot water of late. I don’t usually take long showers in the mornings, but from time to time, I’ll be in there for a while. The last few months, both Liz and I have noticed the shower water getting colder, a little faster.

The fact that we weren’t really able to draw a hot bath made us slightly concerned. We knew our water heater was on its last legs, but so far it was still holding up ok. But Liz made a fair point to me – we had solid evidence our water heater was going downhill. And though it was working ok for now, it would likely break on us at the most inconvenient of times.

Side note: we did go down and adjust the temperature setting of the water heater, turning it higher. But it was already pretty close to the max. Definitely on its way out.

Liz texted Bob later in the evening, and we got a message back saying that he’d pick up a new water heater for us… and be over tomorrow. 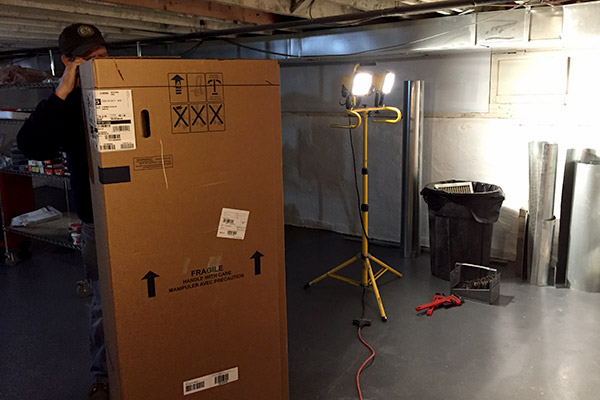 Fast forward to the next morning: I was expecting Bob to just come by and drop off the water heater, but he planned on installing the thing today! I imagined the process to be pretty involved, and requiring his pipe threading equipment – but Bob assured me the switch out wouldn’t be too bad. 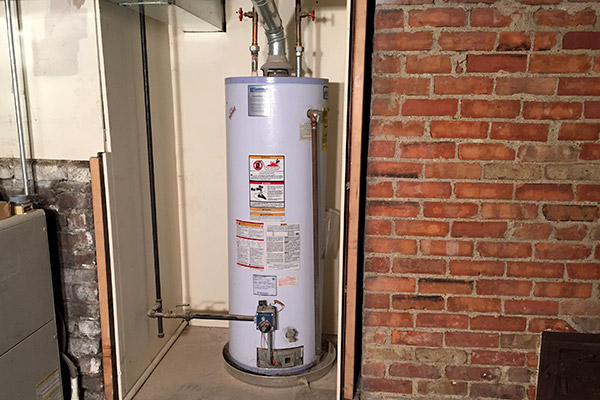 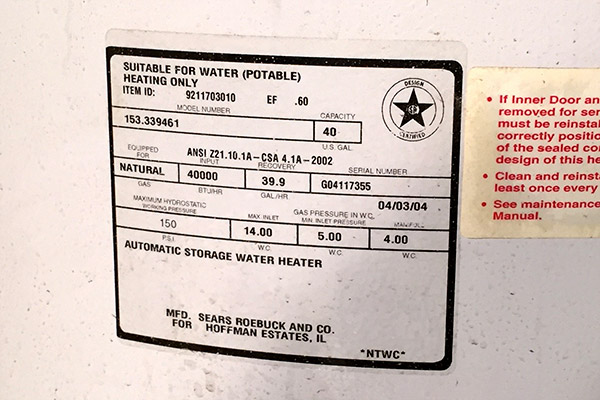 And would you look at that – it was a Kenmore water heater, from Sears! The date on this was from 2004 – so it looks like this thing had a pretty decent run, nearly 14 years. 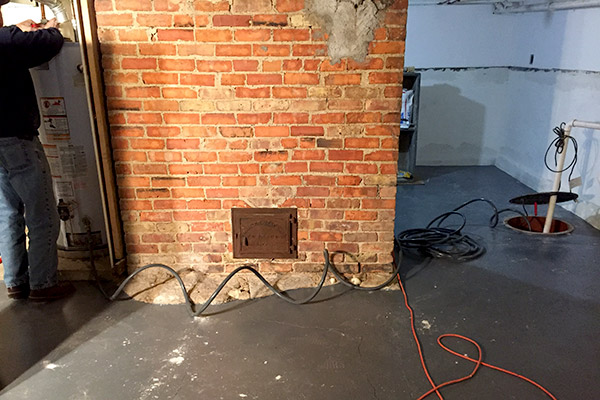 Connecting a hose, to drain the water heater. Between this and all the power washing we’ve done recently, it seems like we’ve made heavy use of our sump pump lately! 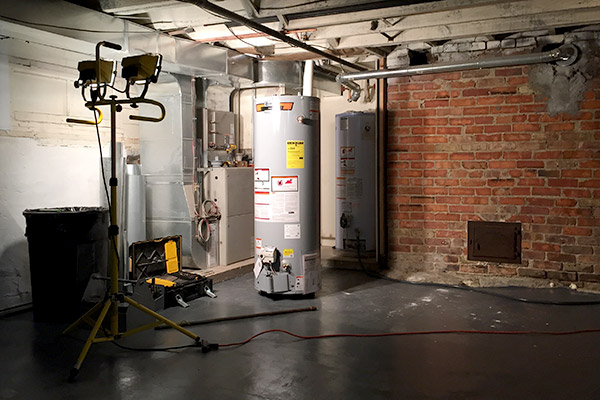 The old, in the shadow of the new. The newer water heater is roughly the same size, but slightly taller. I learned from Bob that this was due to the newer models being more efficient (and having more insulation). 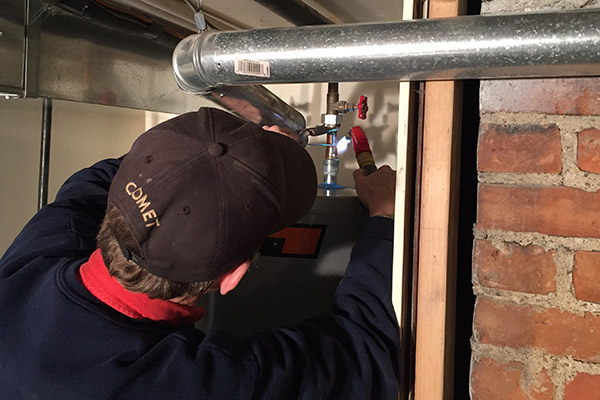 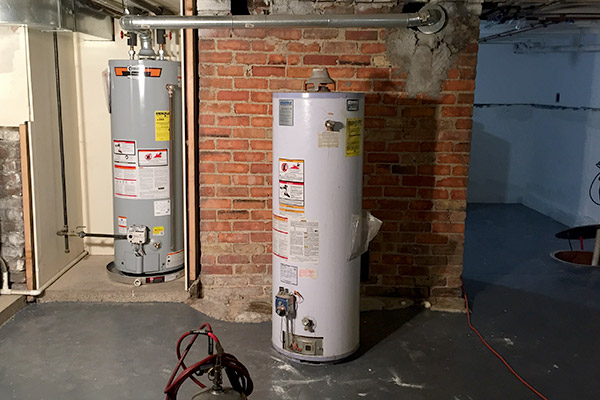 The old water heater, swapped out.

It’s funny, but I didn’t remember that this old water heater used to reside right here, in front of the bricks. It used to sit on an old concrete block (which I busted out with a demo hammer). I had remembered the cement block, but not the old configuration. I went digging through some old photos, and found some really old pictures. Hard to believe that this is the same basement. 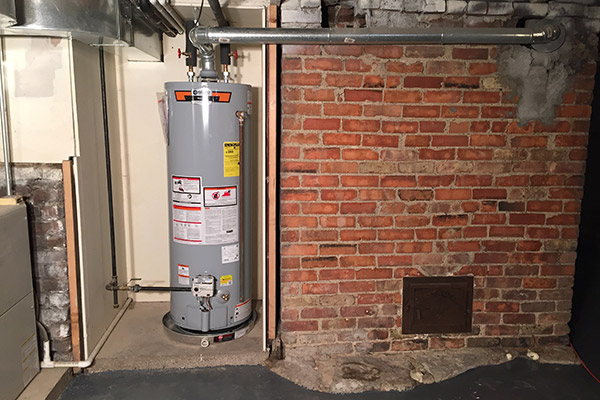 The new water heater, all plugged in and ready to go.

I’m happy to report that, after a test drive shower – it’s working just fine and dandy. We remain so incredibly lucky to have Bob and his experience/expertise. In the course of under 24 hours, we were able to swap out our old and failing water heater, with a brand new one.

This was an unexpected turn of events, but our basement continues to just get better and better.

Related:
Ceilings, Walls, and Hot Water
Pouring Concrete for the Water Heater Platform
Setting Up a Concrete Platform for the Furnace and Water Heater