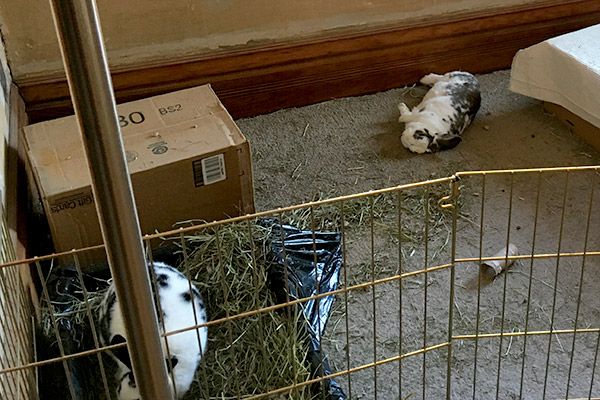 Liz sent me some photos last week of Phineas. I guess he had started digging in the litterbox (as he likes to do), and when she caught him and yelled at him… he ran off. A few short moments later, Liz returned to find him totally flopped on his side. 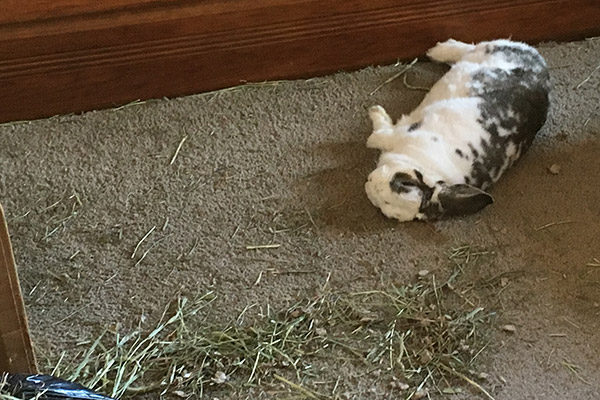 Usually, rabbit flops are an indication of high satisfaction, comfort, or happiness. Since they’re prey animals, they don’t take on this pose unless they really, really feel at ease.

It’s not uncommon, when we catch him digging, that Phineas will do a little binky as he runs away.

In this case, Phineas was apparently so blissed out at his digging that he just plopped right over. What a stinker.

bunny rabbitsphineas
« Gnap! Gnap! The Zombie Episode Where the Entire Smurf Village is Infected/Destroyed (Briefly)
Before the Rainbow »