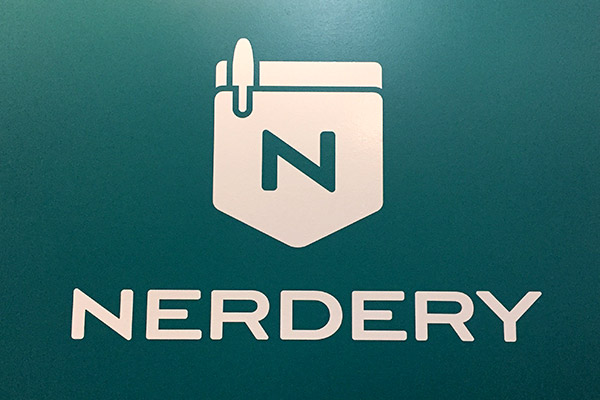 Today was my last day at The Nerdery. Though my tenure there was brief, I view it as a singular experience to have worked alongside so many incredibly creative and talented people.

To have been welcomed in as a fellow “Nerd” meant a great deal to me and I’m terribly proud to have worn that moniker, even for a short while.

The reputation and culture of The Nerdery is what drew me to them, and leaving was no small decision.

I’m someone who tends to stay with a company for a very long time. So for me to leave The Nerdery within a year’s time is something really atypical of/for me, something I haven’t ever done before in my career.

I encountered an opportunity that ultimately proved to be the right choice for me, and there is a great deal of excitement about what I’m doing next. But these past days have been difficult, as I feel a great deal of melancholy about my departure.

During my job search last year, one large factor for me was the type of culture I’d be joining. On talking to Liz about Nerdery, she remarked “you’ve found another Emmis“. And she was spot-on. The Nerdery truly was a place full of good people.

I remain in awe at all the smart, talented folks I’ve encountered, particularly here in the Chicago office. I am honored to have called myself a fellow Nerd, and to have considered myself their colleague.