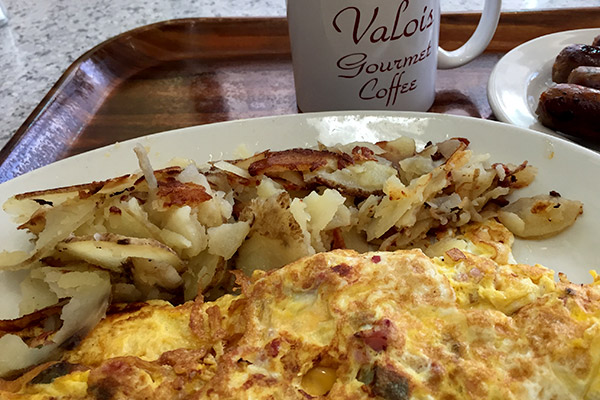 Started off the morning with a bit of an indulgence: I went out for breakfast at Valois. Liz and I started South Beach about a week and a half ago… and we’re still in the first phase, where we’re avoiding starches and grains (and sugar of any kind).

I ordered up a Denver omelet with a side of sausage. The poatoes were tempting, but I was able to just leave those alone. I’m sure things were cooked with way more butter than is allowed on South Beach, but it was a nice change of pace. 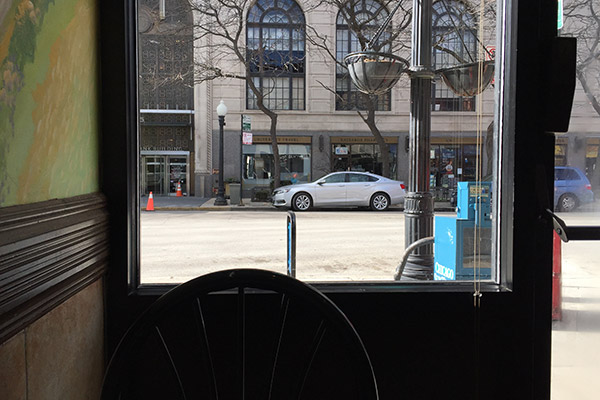 I sat in the far corner, with my back to the rest of the diners. This was my view. Spent a lazy bit of time eating, reading news on my phone, and occasionally just daydreaming out the window. This was exactly the kind of morning I sometimes wished for, when rushing to work. 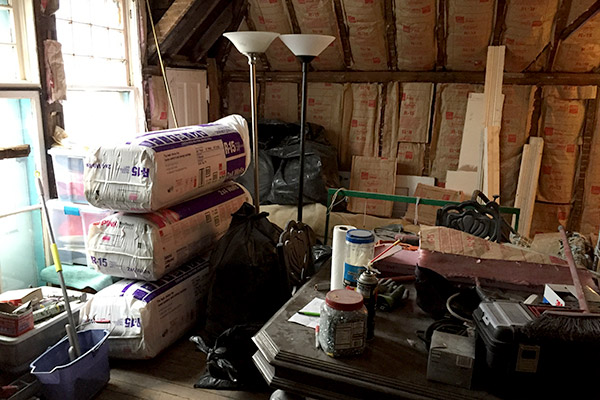 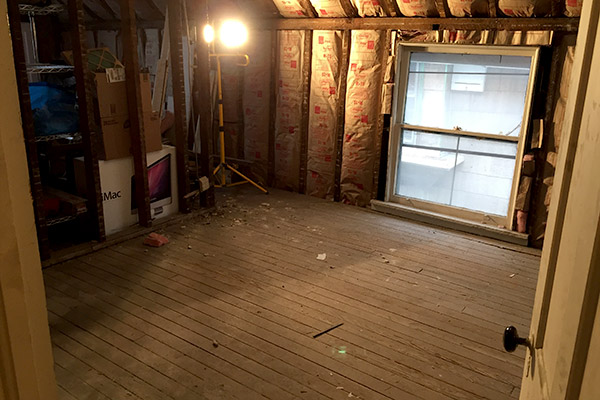 After a lot of shuffling around, the office is now full again and the guest room is now clear again. 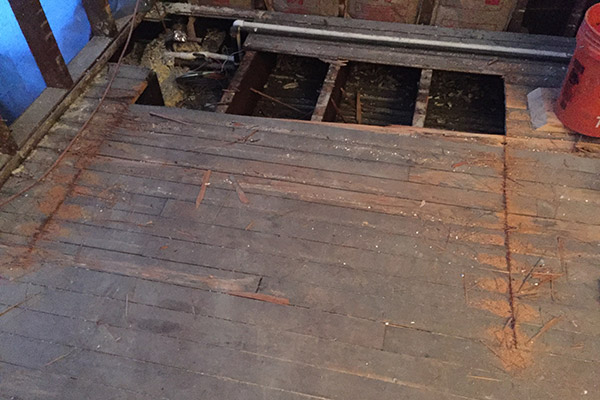 Starting in on the floors. Per Bob’s directions, I was able to use the sawzall to cut a line across the room. As far as starting the line on the right, I used a small paddle bit to get a hole in the board, and got the sawzall blade in from there.

While I was tempted to try to rip out large lengths at one go, keeping the segments smaller ended up being easier. 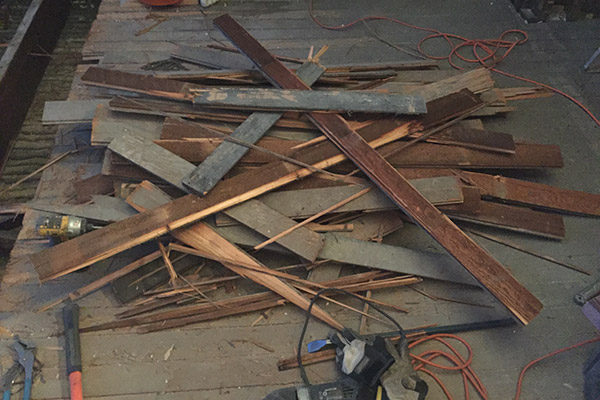 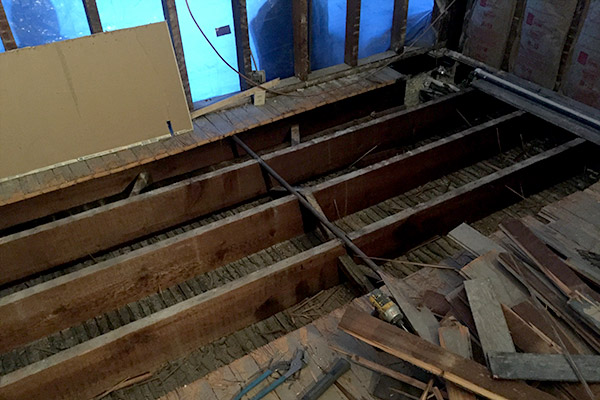 The first few rows cleared out. One challenge: with the floor gone, there were some big nails left in the joists – every six inches or so. Once I ripped up a length, I’d have to go back with a hammer and pry out all of the nails. In a few instances, the heads snapped off (being super old and brittle as they are), and required a pair of channel locks to finish the job. 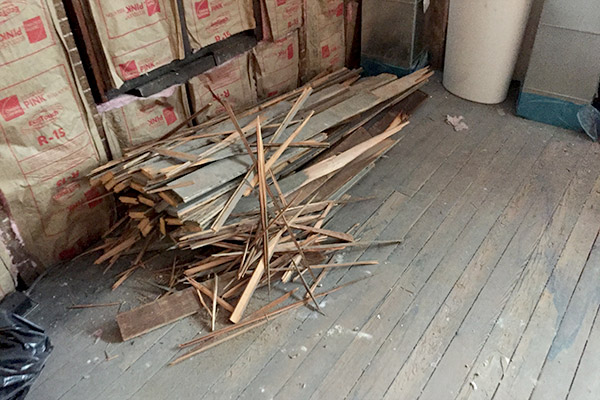 Debris, moved. Because this is what I do now: move things from one room to another.