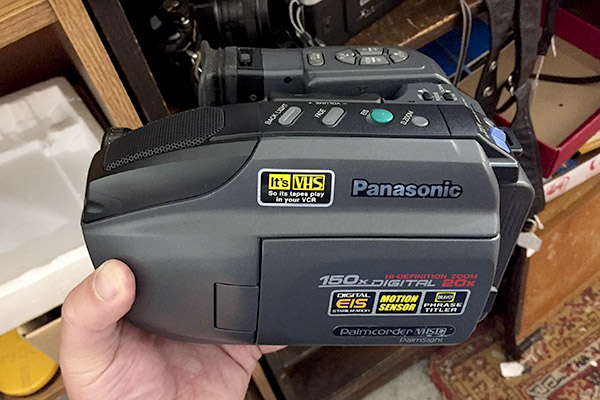 Last weekend, when visiting Michigan on a family vacation, Liz and I stopped in at Saugatuck Antique Pavillion to browse around. While I was there, I chanced across an old Panasonic Palmcorder – and became convinced there was still a tape inside it.

The battery was super old, and long dead. But the seller was asking only $5 for the camera – so I decided to roll the dice, and bought it.

Usually, when we visit antique malls, I like just browsing around. It’s rare for me to actually buy anything. But I’m always on the lookout for photo albums that actually contain photographs, and old media (like VHS tapes or film reels).

Sellers tend to remove all the photos in a photo album, choosing instead to sell the album separately and the photos individually. It’s a shame, as the story/collection gets lost (though I do understand why it makes financial sense to do this).

Old VHS tapes are common, but they’re usually blockbuster movies. It’s not common to find actual home recordings at a store (and your chances are a bit better at an estate sale). 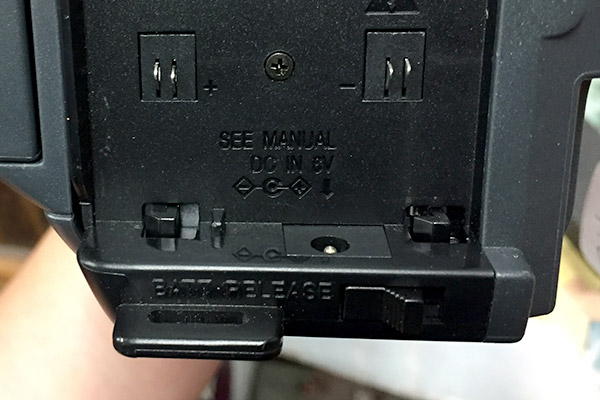 With the battery dead, the only way I could see to get power to this thing was through an adapter. So I found one on Amazon for a few bucks, and waited. 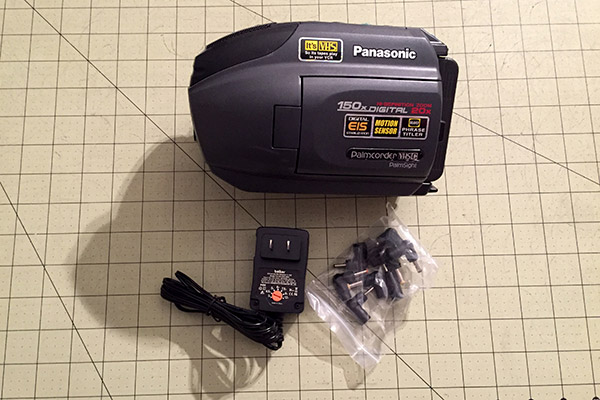 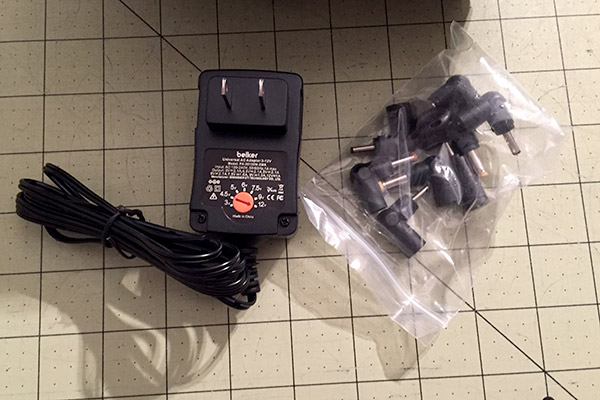 Liz was warning me not to get my hopes up, as I had gotten really excited by an old digital camera I found (complete with several memory cards) at my first estate sale.

Sadly, that gamble didn’t pay off. But I wanted to be optimistic about my chances today. 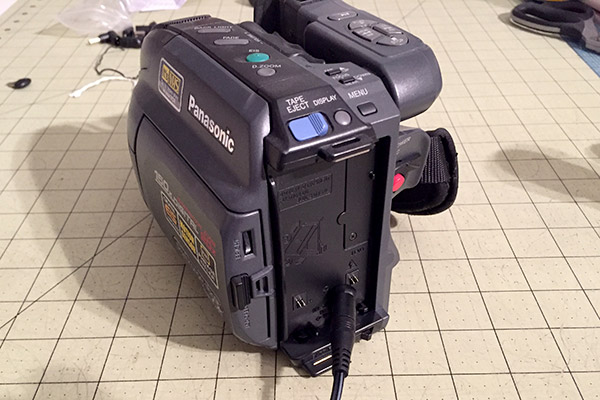 Finding the right size plug took a little while. But the moment I plugged in the camera, I heard a click from inside it – and I knew it was working. 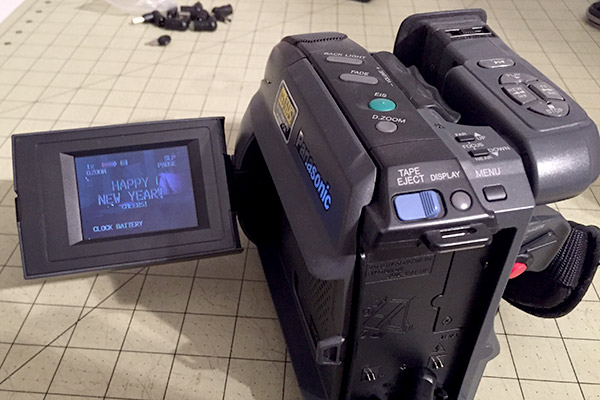 On the screen, I saw the words “HAPPY NEW YEAR!” and immediately thought this was showing some kind of New Year’s Eve video. 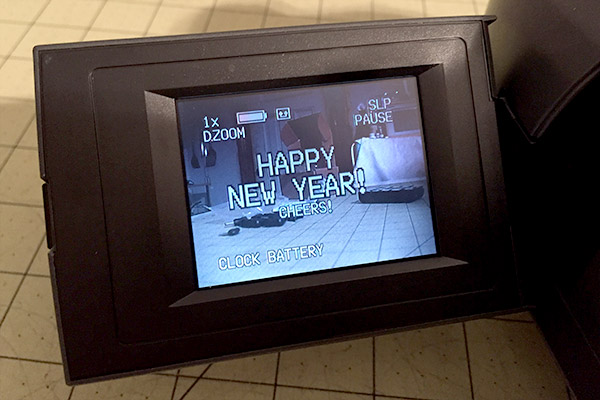 But on closer inspection, it was just showing our table – and so maybe the camera recognized that we had crossed over to a new year since the last time it was turned on? 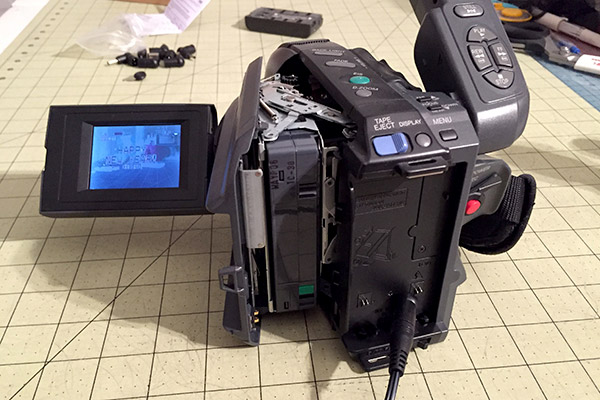 The “Tape Eject” button, which did nothing in the store, now actually worked. And there WAS a tape inside! 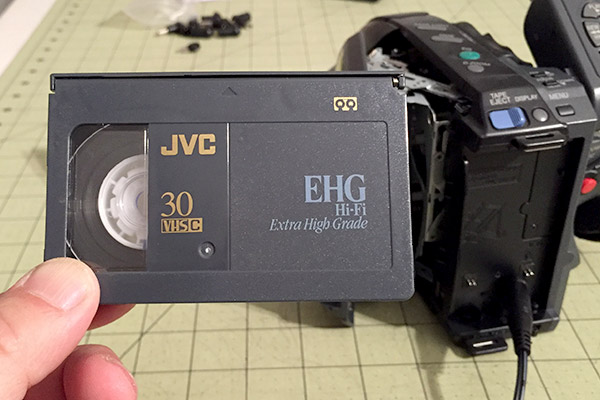 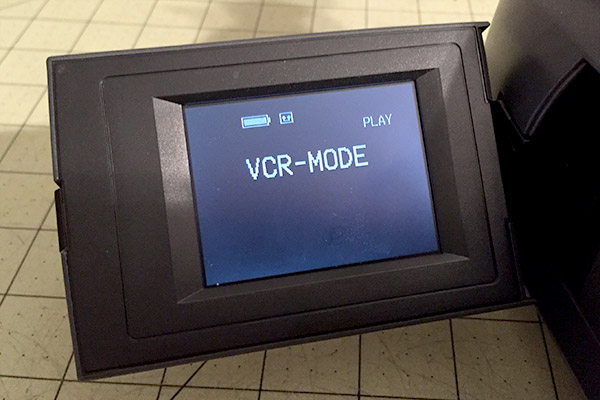 I wasn’t able to get the camera to play the tape, until I found a small switch on the other side. I was able to set it to “VCR-MODE” and this is what I saw:

The video (above) shows just the first 60 seconds or so. But the tape does really go on at length, capturing a family gathering in someone’s house… a drive to look at someone’s old house/farm in the country… and then a birthday celebration at a retirement home. I’d say there’s at least an hour or more on here in total, spanning several days. 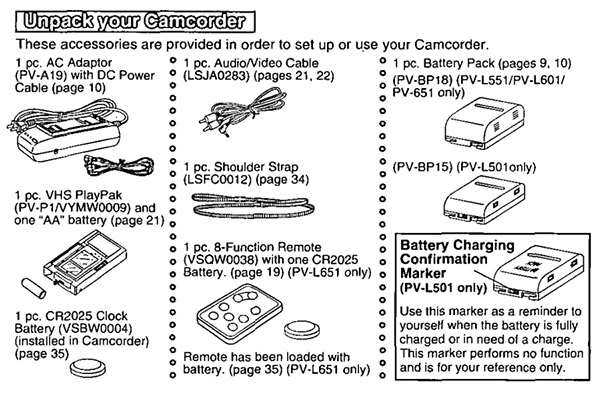 I’m super excited to have found this, and that my hunch was correct! I guess my next step is to find some way to convert this over to digital, and post it on YouTube. Now I feel like I’m going down a rabbit hole of wires and adapters.

Once I figure out what to get, and once I get the video converted… I’ll post the full video. Not too shabby for $5!

found
« Found Inside, Found Outside
Dance of the Line Riders »