We left a little early this week, to spend a long weekend in Whitehall, MI, with Kirt and Anne at their new lakehouse. Liz and I both worked from home on Thursday, then hit the road around 4PM.

On arriving, Kirt escorted us both out to the boat to catch the sunset. I literally walked in to the house with my bags, set them down, and walked out of the house towards the dock. 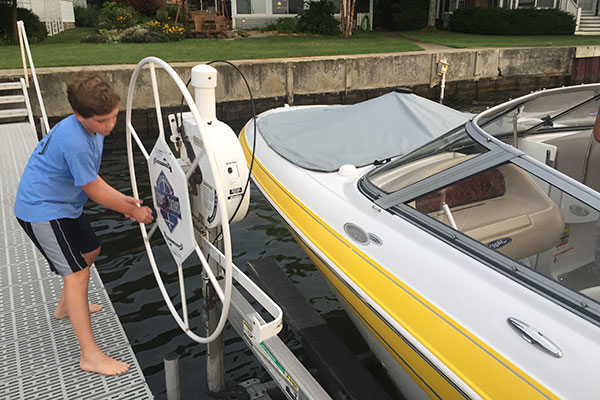 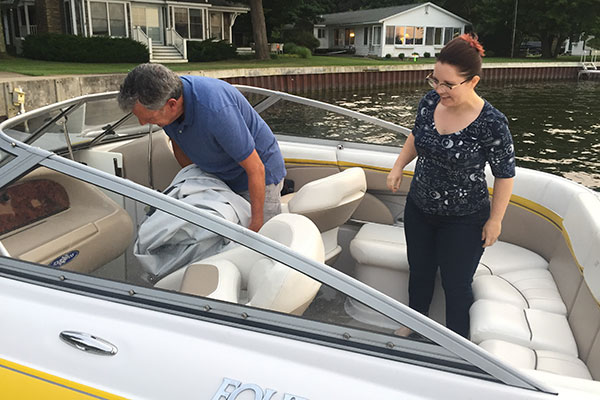 Kirt, taking off the tarp as Liz watches on. 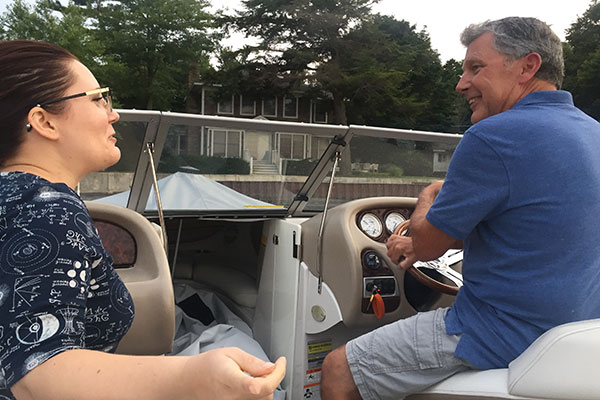 The house is located off White Lake, a short distance from the canal that links White Lake to Lake Michigan.

As we were heading out to Lake Michigan proper, we saw a small pontoon boat turn around. Kirt later joked that that was “a sign” that the waters were a bit rougher than normal, as we got pushed around a bit in the chop.

Interesting note: lately, I’ve not done well with motion sickness. I thought I’d be fine on a lake, but with some of the swells we encountered… I got a little queasy. Who gets seasick on a lake, I thought. But if the waves are strong enough, I guess that would be me.

I still get small moments of dizziness, though it’s typically after I’ve been sitting at a desk all day and then immediately stand up to go out for lunch. I wonder if just growing old has made me more susceptible to motion. Though maybe it’s all still just a mental thing.

One thing I have learned as a valuable lesson: don’t try to take photos/videos while out on the water. That for me is a surefire way to get nauseous, almost immediately. It’s as bad for me as trying to read in a car.

So – as a result, I’ve got less photos than usual this weekend. Whenever I was out on a boat, the camera was usually put away. 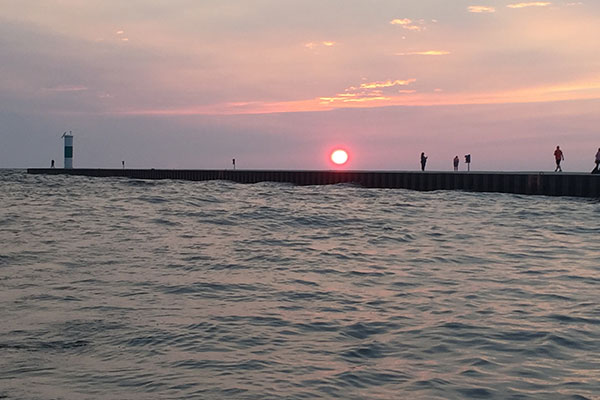 After realizing Lake Michigan was a little too strong for me, we headed back in. But were still able to catch the sun melting a bit, as it set. 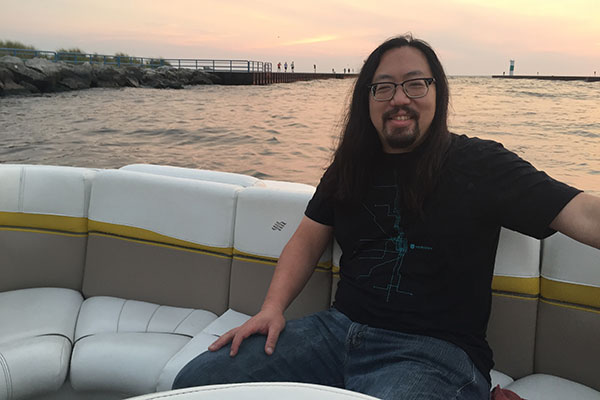 Liz took this photo of me, where I look decently calm and collected. 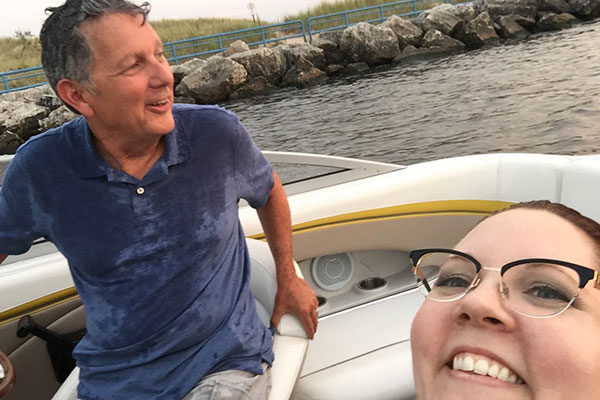 We caught a pretty huge wave on our way out – one that came over the top of the boat and splashed all three of us. 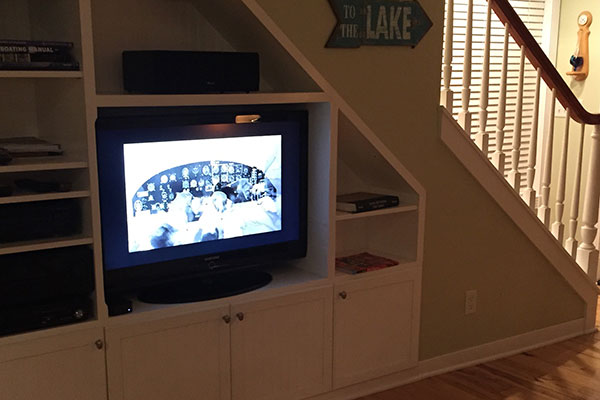 Inside, after a late dinner, we hung out with the kids and watched a few videos on YouTube. Jackson was really excited to show us some strange basset hound video (with them serving in the air force).

I tried to find it just now, and came up short. Consider yourself lucky.

After discovering that I could control the TV via my phone, I showed them a few videos – and got them hooked on Claire Saffitz making all sorts of junk food from scratch. 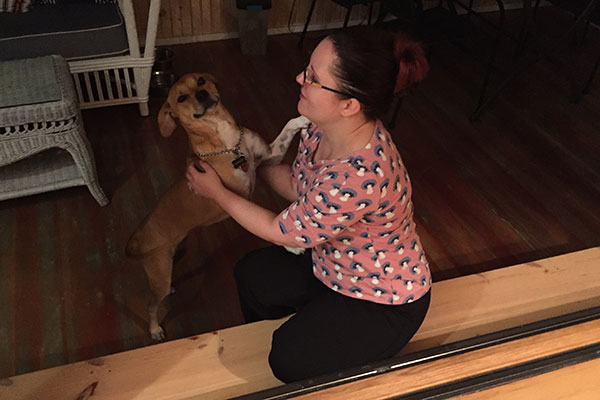