All through July, there were “No Parking” signs posted up and down the street, indicating there was impending road work happening. Lots of nearby roads have been dug up recently, so it was time for our street to get some of the same.

The big thing though: “No Parking” signs spanned an entire month – four solid weeks of having to clear the road from 7AM until 4PM.

Except… the road work never happened. Eventually, after two weeks or so, people began ignoring the signs and just parked on the street. I even saw a few signs torn down (guessing some disgruntled neighbors got tired of having to always relocate their car).

A week or so back, new signs went up – with another four weeks slated to go through all of August. 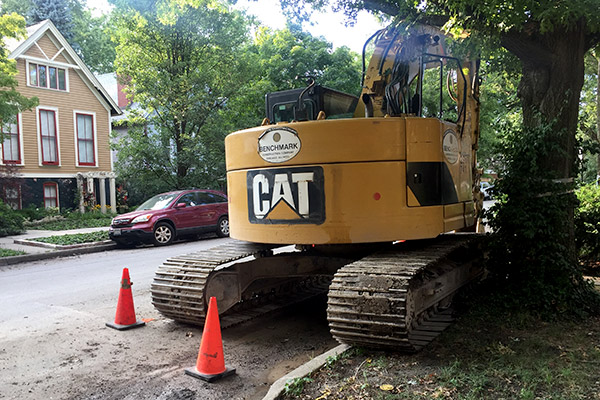 When we walked home, we spotted something new parked in the street. I guess they’re starting now, for reals. 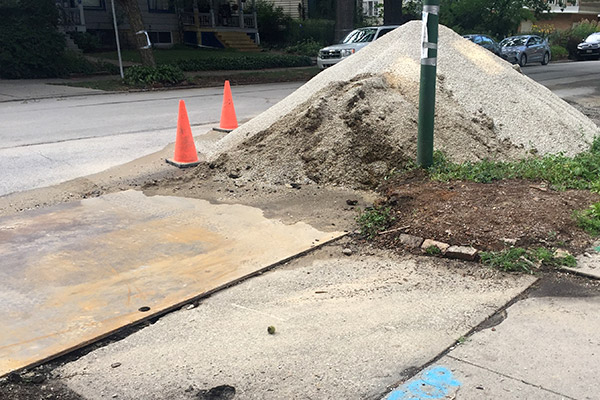 There are two huge mounds on either side of our driveway, and a heavy, metal plate lining our driveway to the street. Guessing there’s a sizable hole underneath there. 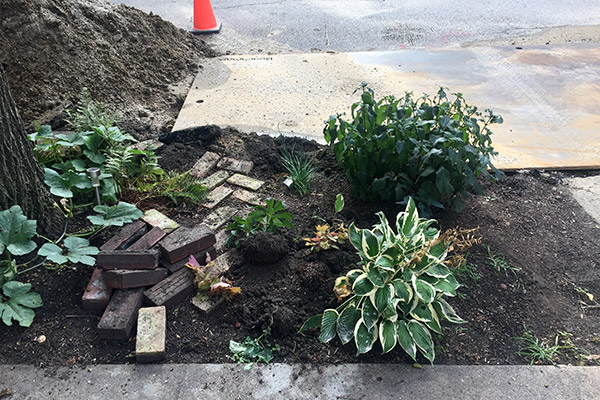 Liz talked with some of the workers, on our way to work… and learned they would be tearing into a bit of our parkway. She asked if they might spare/save some of the bricks, and we found they were set aside (very kind and nice of them to do so). 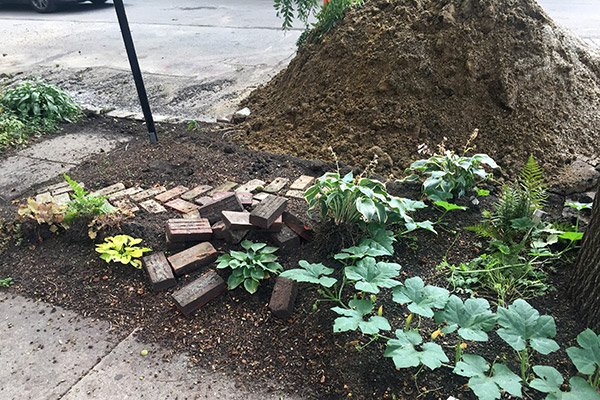 This seems to be the extent of things (so far). We’ll see what the next few weeks brings.

Related:
Installing a Brick Path Along the Parkway
A Visit from ComEd at 3:00 AM