First Visit to the Chiropractor 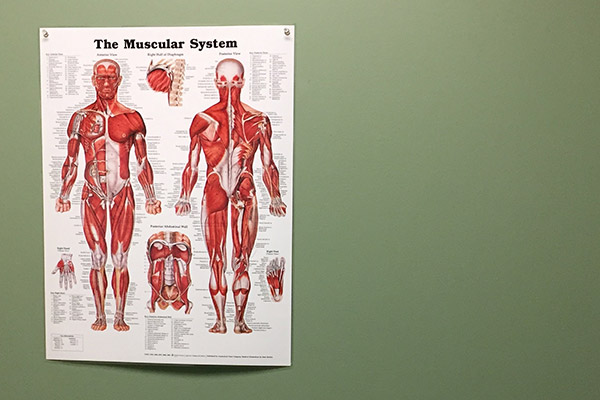 Everything I really know about chiropractors, I learned from Jacob’s Ladder. I’m not really sure what I think of them, but with my shoulder still not quite right after several weeks… and some really sore muscles at the back of my neck, I decided it was time to bite the bullet. And I went in to see a chiropractor.

I was in and out in short order, with the bulk of my time spent filling out forms. I spoke with the doctor, and explained my symptoms (difficulty raising my arm up to a certain position, stiff and uncomfortable neck). 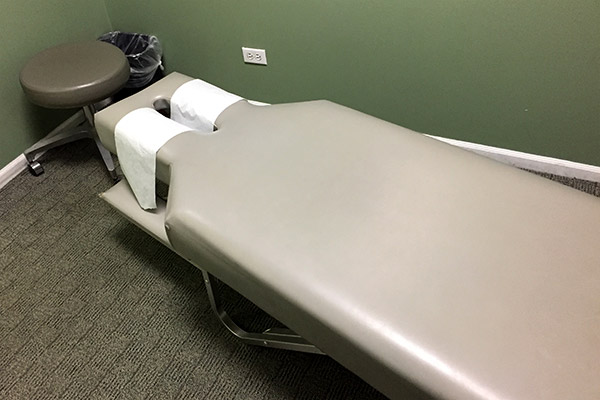 She did an assessment, and did some adjustments – which were very surprising to me. I was somewhat ready for the man-handling, but was caught by surprise several times at some of the moves. The neck cracking thing wasn’t too bad – but there was one adjustment that happened with me on my side that had me say “Oh!” out loud.

Overall, it seemed to feel a little better after this. The doctor did a lot of pressing into my right shoulder, with some kind of wooden block underneath my shoulder. My neck and shoulder were feeling noticeably better today versus yesterday, but I think the session helped.

They also hooked me up to some kind of electrical muscle stimulator thing, and worked on my right shoulder. I was told that the stimulation was to essentially exhaust the muscles, so that they had nothing left to give. And after that, they would be relaxed.

It seemed a little counter-intuitive, but my shoulder defintely felt much softer and more relaxed after it was done.

I’m going back tomorrow for another visit, though I’m not entirely clear why. I guess there’s a bit more to be done as a follow-up.

My hope is to get my shoulder somewhat back to normal soon, and to minimize any damage from upcoming house work we’ve got planned. September is going to be a busy month with a lot of wall demo, and there’s just a lot to get through. At the minimum, I don’t want my shoulder to get any worse, going through all that.

Related:
A Day of Clinics
A Pain in the Neck
A Cough, a Sneeze, and the Ignominy of Back Pain

medical
« Hole In One
Water Rushing Out and Back In »