Demo Prep in the Dining Room 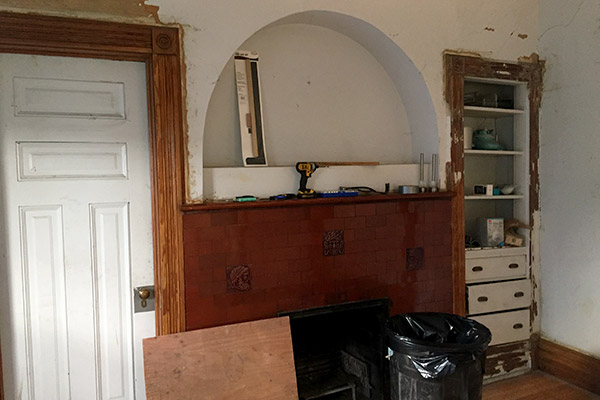 Saturday was a prep day for us, getting the dining room ready for some demo. After moving our sink officially to the kitchen (and being able to see our fireplace once again), the next thing we had to do was remove the trim. 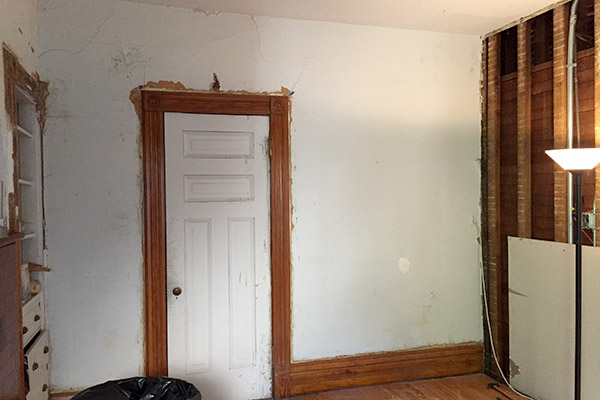 We’re replacing most of this, but saving these pieces still for re-use upstairs. 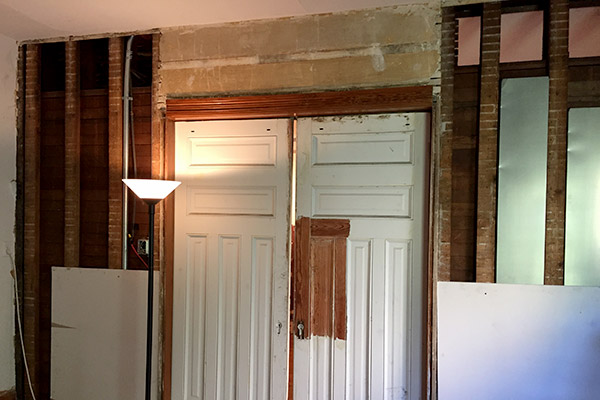 Having done some demo already, we had somewhat less than a full room to get through. 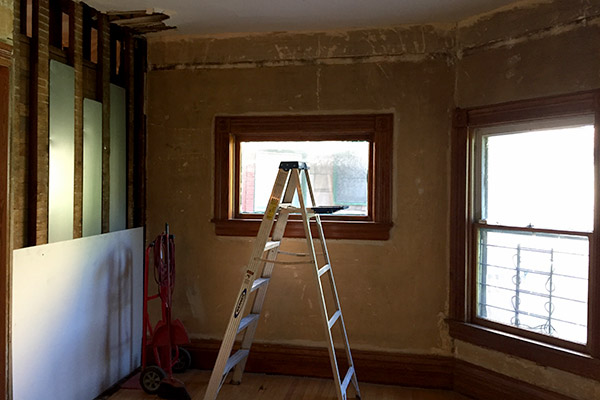 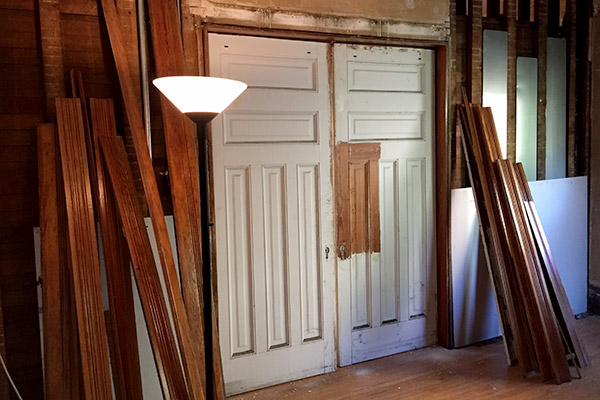 A bit into the process, with the removed trim leaning up against the (remaining) walls. 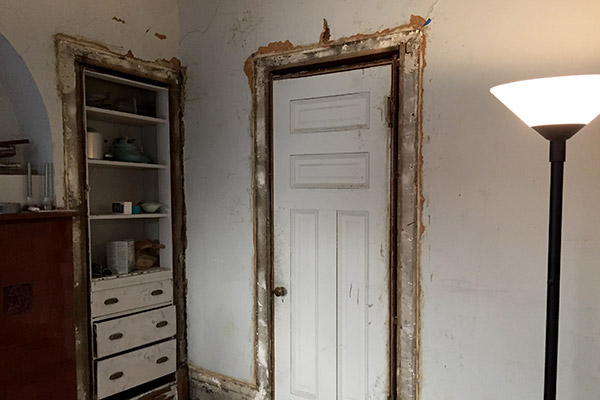 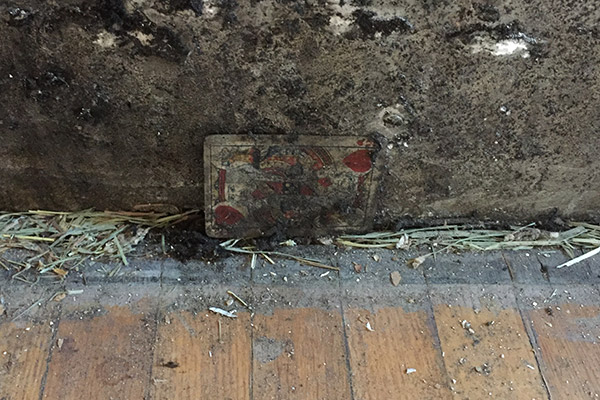 Liz pointed this out to me – an old playing card (King of Hearts), that had fallen behind the trim somehow. 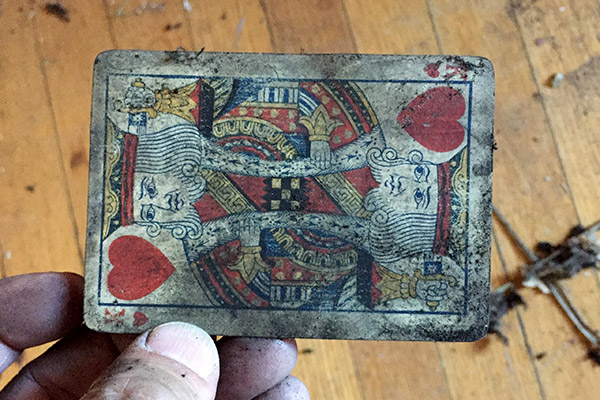 A closeup of the card. 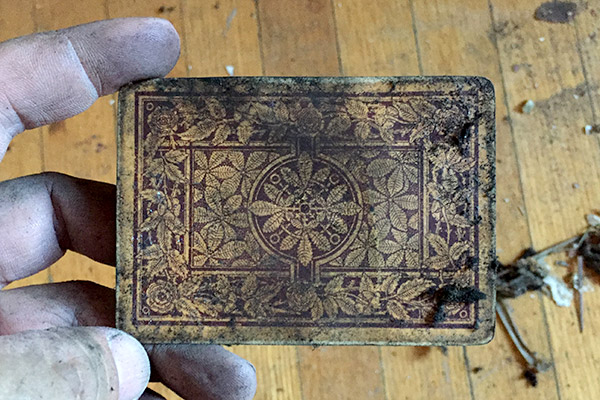 The design on the back. 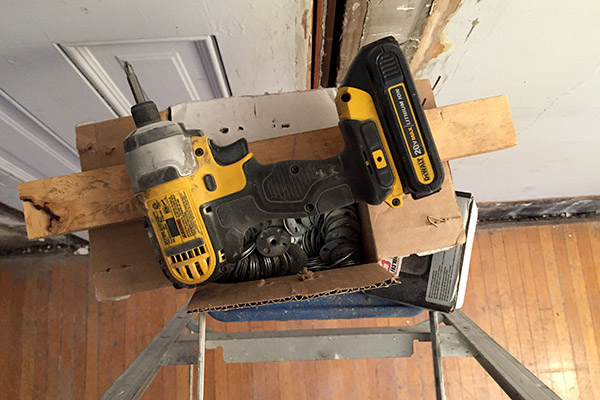 For the rest of the time, I was up and down the ladder a great deal putting in ceiling washers. While we’re demo-ing the walls and putting up new drywall, for the ceiling… we’re going to leave the old plaster in place and just add another layer.

To help us out on this, we’re putting in ceiling washers that I’m screwing into the ceiling joists. Their job is to pull the lathe up a bit tighter, as the ceiling itself droops a bit. 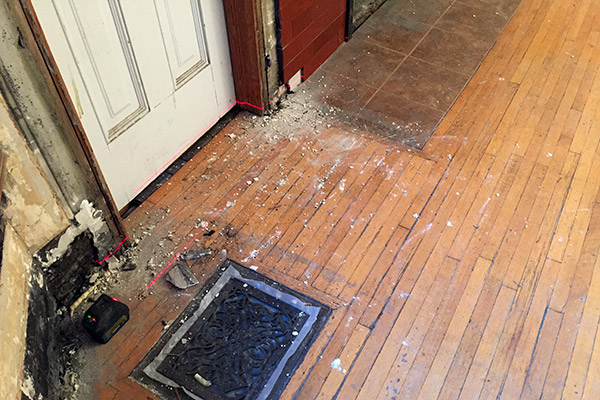 For this part, I used the laser level as a guide.

One part of the ceiling was exposed, so I was able to see the joist directly. After putting in that first washer, I went to the other side of the room and picked up the joist down there, putting in another washer. Then I used the laser level to connect the dots, and put in more washers down the line. 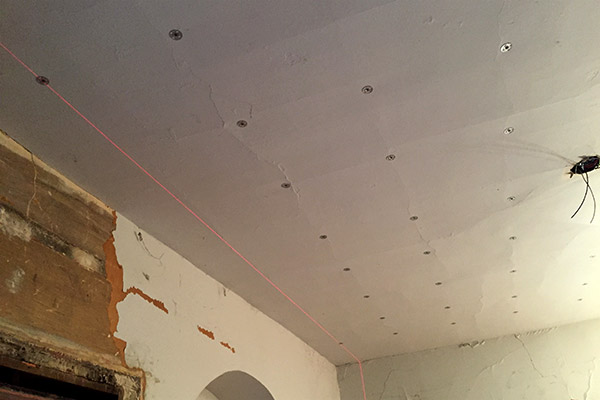 I tried being precise, but eventually gave up on the spacing and mostly eye-balled it. When I shifted over to a new row though, I used a piece of board I had measured and cut to 16″. That worked out pretty well, in terms of me finding the adjacent joist. 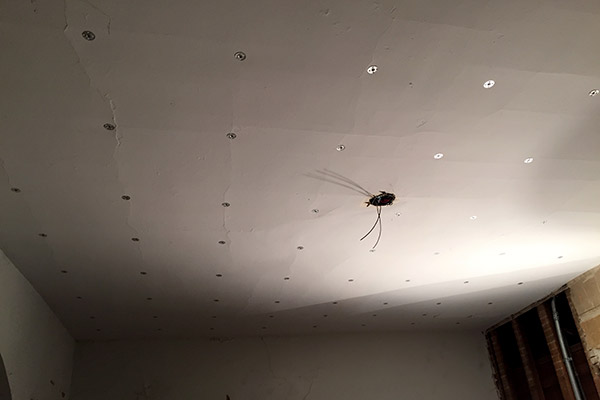 I got a bit faster as I went along, but this was more time-consuming than I had anticipated. That said, I’ve got some good practice rows under my belt and expect the next room to go a bit faster.