I started with an early morning today. Hopped in the shower first thing, then headed to the North Side to get a cavity addressed at my dentist. I had some older fillings that she wanted to replace, so last week I got two done… and today, I had just one remaining.

With my recent cough, things had mostly settled down to where it was manageable (though I did have concerns of having a coughing fit while she had a needle in my cheek). All in all, fairly uneventful. 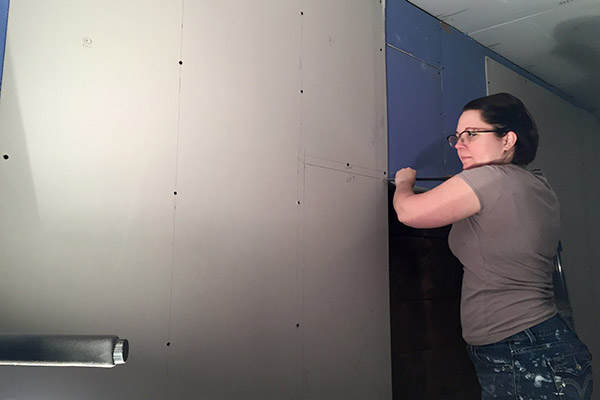 When I got home, Liz had been hard at work in the master bedroom, and had cut away the drywall we put up that covered the windows. 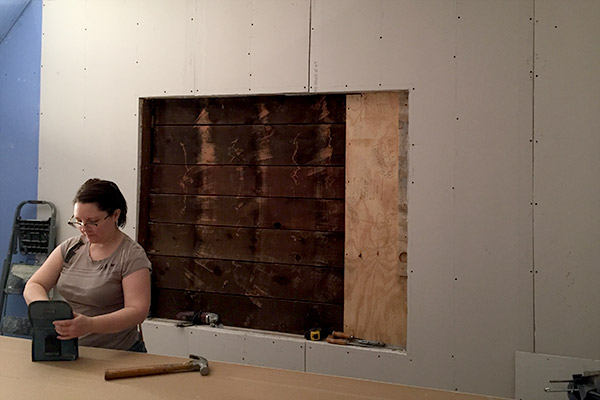 Nice to have a ledge again!

As she was working upstairs, I was downstairs putting a cart together for Bob’s electrical tools/components. When all was said and done, I went upstairs to shower and change.

It was only after my shower that I realized I had yet to shovel our sidewalk outside, with all the snow that came down during the day. So I changed, went outside, and did that for a good while.

During my time outside, I met up with a neighbor – and I (somewhat) helped her clear the driveway for our neighbors, the Browns, who seemed to be out of town. Our normal plastic shovels were ok in areas that were fresh, but the main sidewalk had been compacted down by lots of people over the course of the afternoon.

We both ended up getting transfer shovels, which helped a great deal. Overall, I ended up outside much longer than I planned (and had forgotten I was still sick). By the time I came in, I was pretty sweaty (and wet from snow). Whereas I thought I was going to be done for the day hours earlier, it was already dark outside.

I went upstairs for my third (and last) shower.

Related:
A Long Day of Errands: Flooring, Dentist, Appliances, Drinks
A Long Day in the Basement and Yard