A Night at Marz Brewing and Antique Taco

A few months back Ben, Chris, TJ and I were talking a bit over email. Someone floated the idea of a recurring get-together, which sounded like a great thing.

Everyone has moved further away, families and responsibilities have grown, job situations have changed. Coordinating a gathering is harder, but a recurring “come if you can” type of gather seems like it makes that process easier.

We’ve only pulled it off once, a few months ago. But tonight, we got together again in Bridgeport (an area I really don’t know at all). 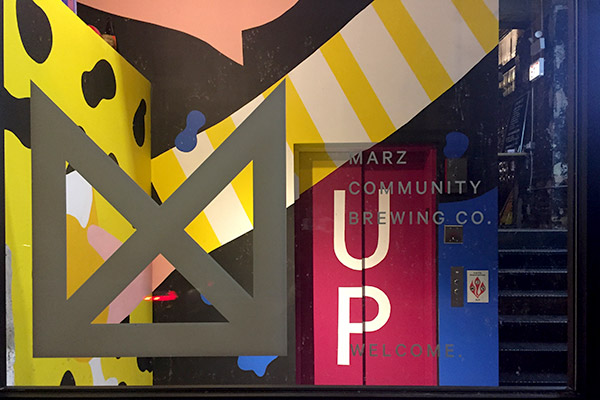 We met up at Marz Brewing, which felt like it was in the middle of nowhere. Thinking back, it reminded me a bit of the Hideout – a brilliant little place, nestled in a very industrial area. 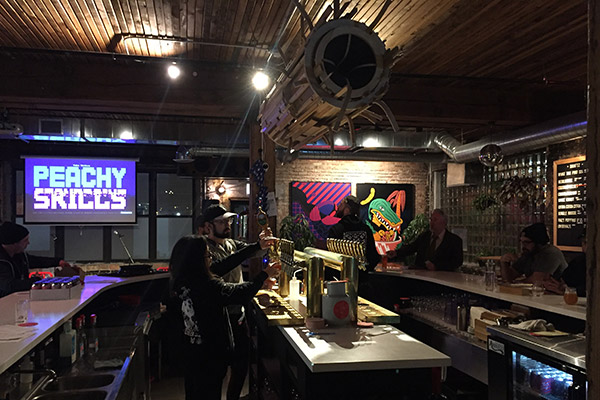 On walking in, the place was super slick. Moments after arriving, I was glad the other guys suggested this place and knew I’d be coming back again. I was thinking of a past excursion to Lagunitas, and thought Bob and Julie would enjoy checking this place out as well. 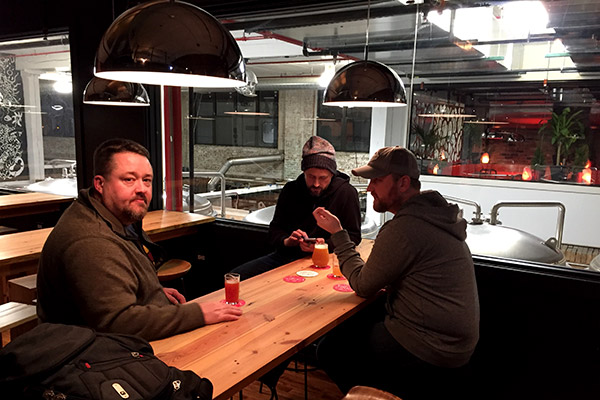 Lo and behold – Mike has also joined! It’s been an age and a day since we last hung out, and it was a lovely surprise to be able to catch up a bit with him as well.

This isn’t a great shot of everyone – Ben got a nicer photo.

We hung out for a good while, trading stories and getting caught up. While Marz has a wide assortment of beers, I ended up picking one at random (Jungle Boogie), liked it a lot, and stuck with it for the night. And also ended up buying some to take home with me. Like I said, probably going back again soon.

Interesting tidbit: Chris noticed that Lumpen Magazine was having its release party on the premises, and were setting up in an adjacent room near us. I vaguely remember Lumpen from my early years in Chicago (in the Wicker Park / Ukranian Village area)… and Chris noted how oddly full-circle it was, that they were also in attendance tonight. A publication from so many years ago, alongside all of us, who began working with one another … also many years ago. 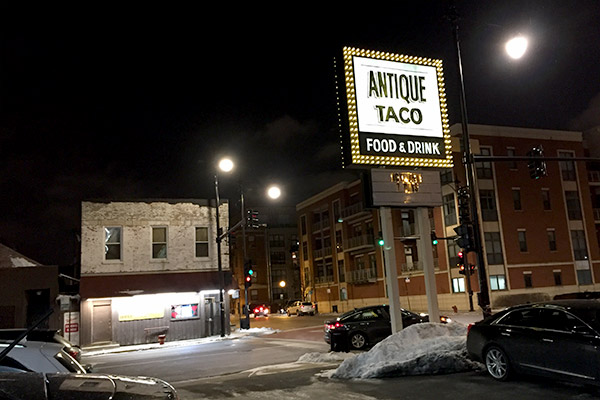 A bit later in the night, we ventured out for some food. The original plan was to try out a place Ben knew called Kimski (he knew the head chef), but on learning his friend was out of town… we decided instead to go to Antique Taco. 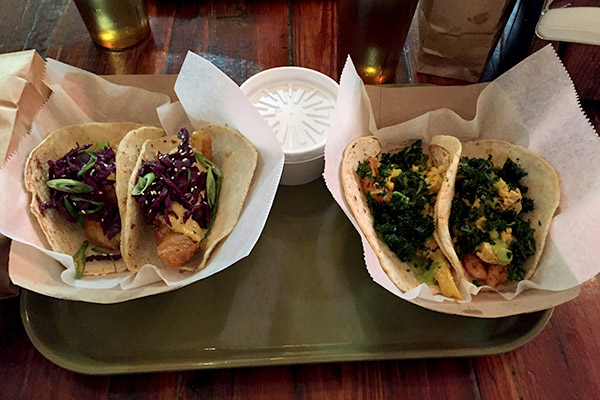 I had no idea they had a place in Bridgeport! And less than a mile away from Marz. Fond memories of Antique Taco, as I was recalling my first time there after playing “The Last Defender” with Chris and Leslie and Liz.

Good beer, good tacos, good friends. I had a lot of true, deep, belly laughs the likes of which I haven’t had in a long while. Due in no small part to the company of these fine gents. I’m glad we were able to spend some time together catching up, trading stories, and glad we could gather briefly, despite our varied and sprawled lives.

The recurring get-together is great idea, and hopeful we can get into a good pattern where we just attend if we can… but it’s always there on the calendar, for those that can.