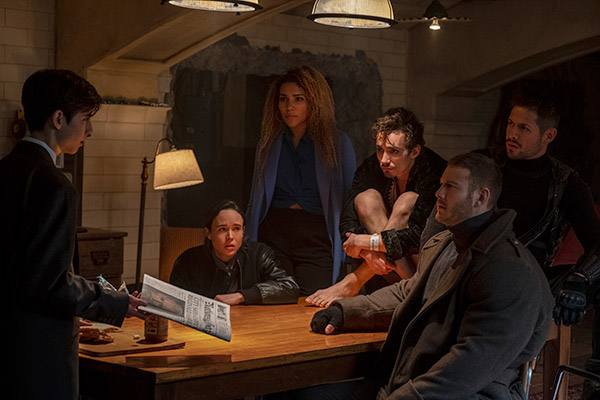 After that, we decided to switch over to something new and gave “The Umbrella Academy” a whirl on Netflix. I got a rough idea of what to expect from the trailer, but after the first episode… we kept on watching:

Overall, I liked the dark tint of the world. There’s also a splash of magic realism, and a lot of things that are left unexplained. Like Pogo’s character, for instance. Or even the mother. A lot of the first few episodes leave you with questions, and bit by bit little clues are revealed.

Also, the soundtrack is pretty fun. There’s a tinge of 80’s nostalgia everywhere, which gives the series a very odd feel. Part Sci-Fi, part magic realism, part nostaliga. I feel like they spent a small fortune on the rights to use all these songs.

One caveat I’ll throw out – there seemed to be a decent amount of gore, at least in the first few episodes. Definitely not what I expected, but I feel like that died down after a while.

Liz and I blew through the first season in pretty short order. Now that it’s done, I kinda miss the show – and wish the second season was out, so we could continue learning about these very odd characters.

Related:
Netflix, 80’s Nostalgia, and the Precise Moment when the Movie “Road House” Takes a Turn