Digging Out Some Space 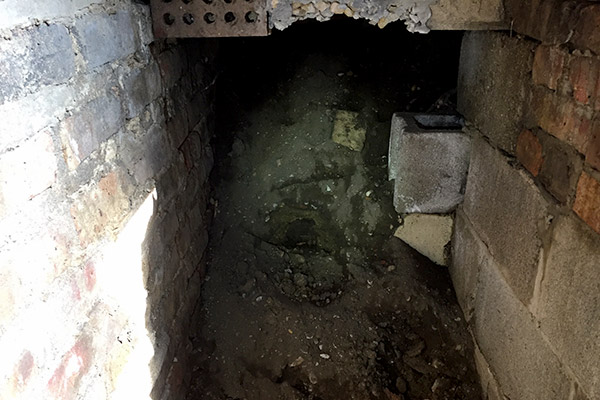 Spent today clearing out a small area by the basement, in preparation for some upcoming work. I needed to clear and level out this small area, underneath the back steps.

Overall, it was mostly just a tedious process. It was tight quarters, so I had to shovel into a small bucket… then walk that up the stairs, and dump it into a nearby garbage bin. Not terrible, but not fast either.

I was worried as to how much material I’d actually be removing. Given what little I could see, it felt like a lot (but probably not an entire Bagster’s worth of material). Liz had the good idea of storing everything in a garbage bin, and waiting until we had enough debris to warrant a full Bagster. 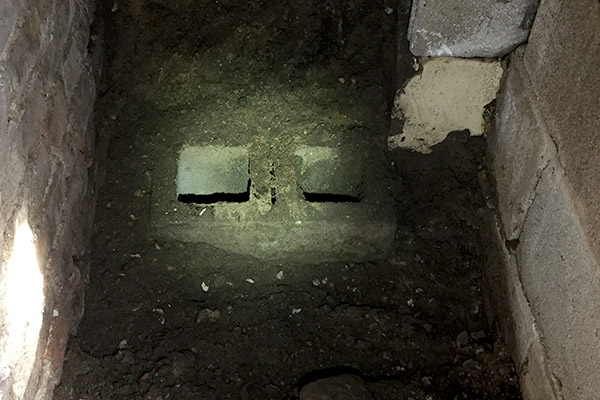 One odd discovery: I found a buried cinder block (I think there’s more). Several do line the walls, but it was odd to find this one just immersed with no other siblings nearby. 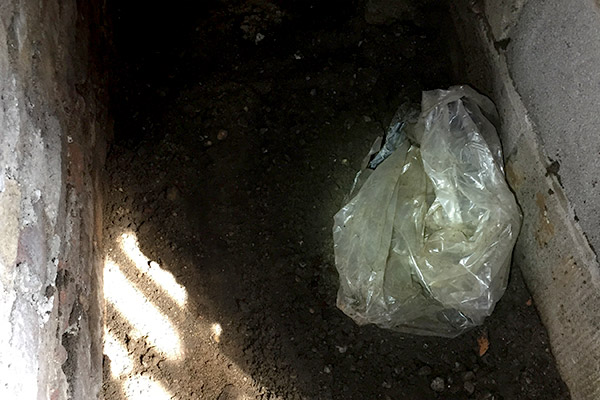 Another odd and slightly unsettling discovery: this bit of heavy plastic. At first it seemed like a small bag – but on tugging it, I encountered a decent amount of resistance. The more I pulled, the more plastic that was revealed.

At a certain point, I became convinced that this wasn’t just trash but was wrapped around some antique or valuables. That, or it was used to wrap a severed head. It kinda felt 50/50, to be honest. 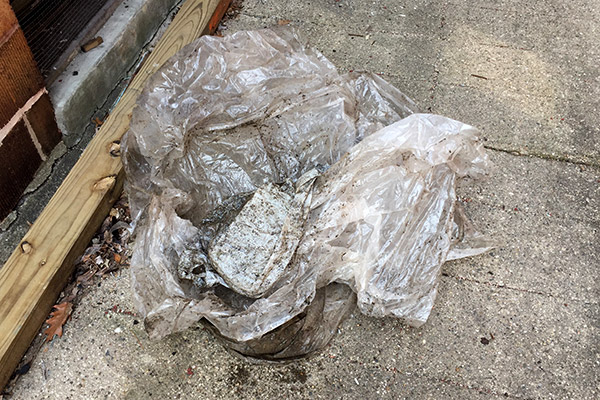 At the end of the day, the final result was totally boring. It was a crap ton of plastic (about the equivalent of a shower curtain), that someone had just apparently jammed into the dirt? Very weird. 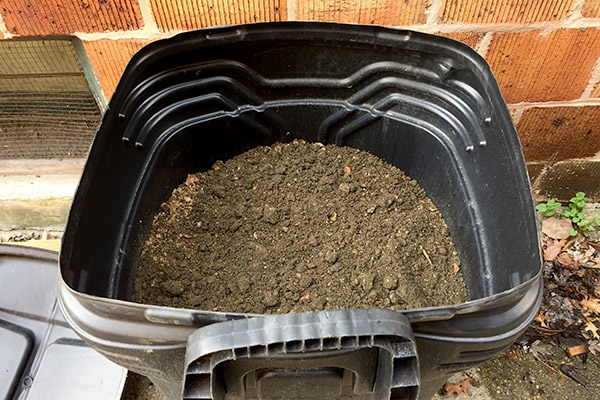 Got most of the way in on a bin. This reminded me of how, once upon a time, we had several bins full of sand/soil… and it took us a while to get rid of it all. I thought we were done with those days, but apparently not.

On the plus side, it was a nice day and felt good to work outside. Even if I was underground most of the time.

basementour first home
« Unnecessary Complexity
The Distant and the Near »