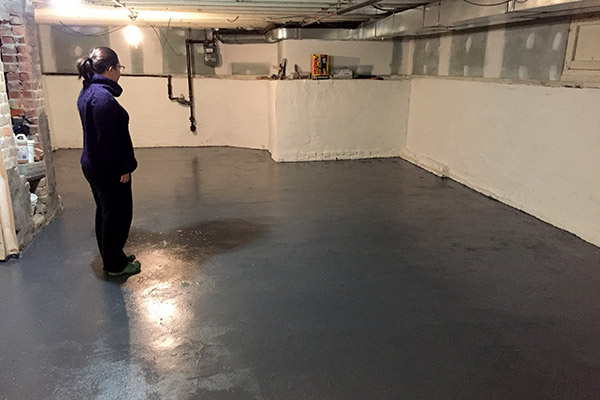 Basement: Before and After Epoxy

Our basement has been the primary point of work and construction for a very long time. Over the winter break, we rushed to clear everything out and got someone in to epoxy the floor – leaving us with a very empty, very clean, and very new basement!

I still can’t get over how much this area has chnaged, since we first moved in. Today was a monumental day for our house renovation work. 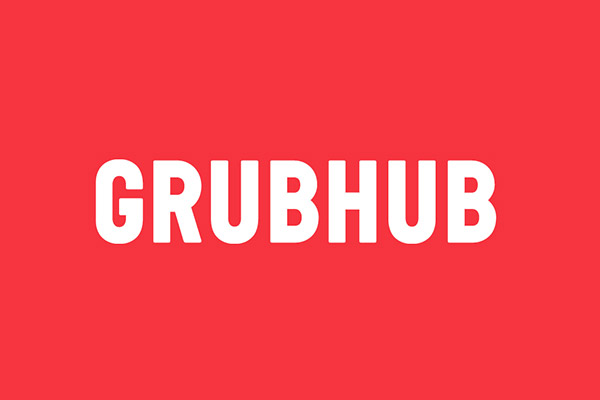 Having just changed jobs last year, moving to a new position was something entirely unexpected. Ultimately though, the offer was too good to refuse, and I officially signed on to be part of Grubhub full-time. 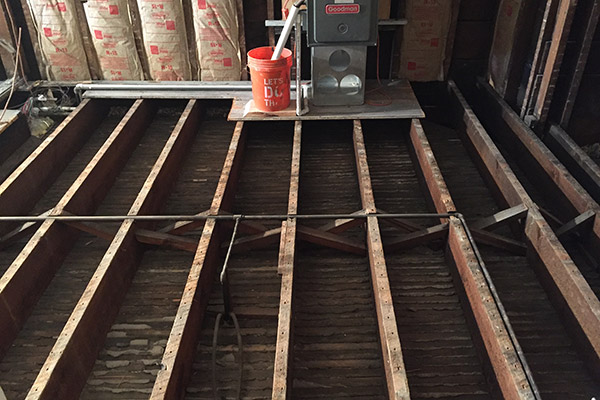 I took about two weeks off between jobs, and during that time I spent a lot of it doing house work. Mostly, I tore up the floors in the two upstairs bedrooms – with that occupying most of my days.

Small bit of irony: at that time, I’d also spend my nights relaxing, playing Fortnite. Where I also spent my time tearing up floors, but in different, imaginary houses. 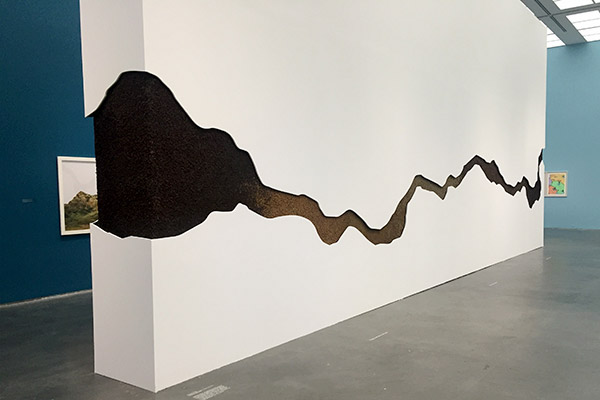 A Vacation Day in Chicago: Visiting the MCA, Art Institute, and Wandering Downtown

I didn’t spend all of my vacation doing house work, and took at least one day off to just wander around the city. I had a blast going downtown like normal, but then stopping to get breakfast, or a cup of coffee, just because.

You know that feeling you have, going in to work, where you think “Man, it would be nice if I could just go to X instead?” That’s pretty much what I did today, all day. And it was glorious.

I also wandered around the MCA for a long while. And was particularly moved by Otobong Nkanga’s installation “Anamnesis.” And I followed this up with a trek over to the Art Institute’s Modern Wing.

I had such a good time this day, it made me want to take another “stay in Chicago” vacation day. For no good reason, just to do it. 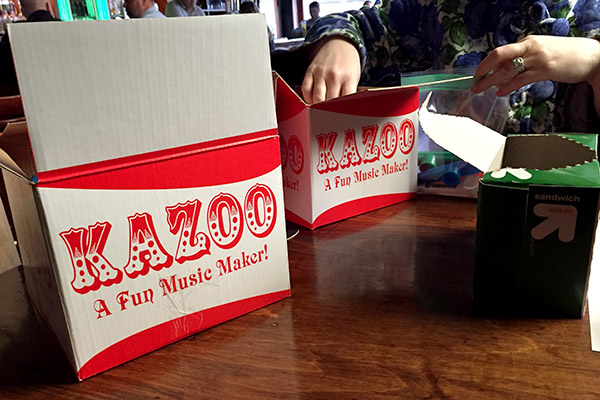 By far, this was my most ambitious answer for any 20×2 Chicago event. And I used props! My answer to the question “Where Do We Start” involved 100 kazoos and a bottle of tequila. And a great deal of audience participation.

For what we were able to do in two minutes, it wasn’t too shabby. 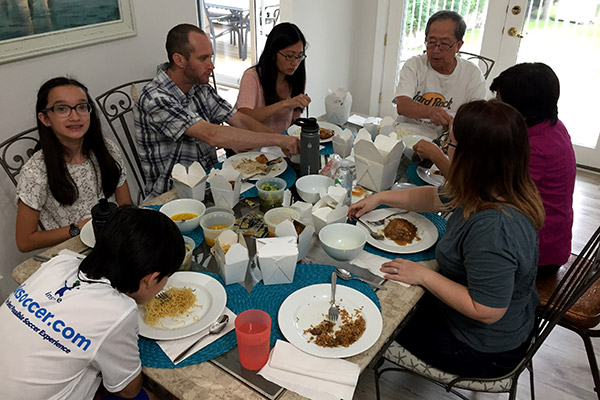 We rented a large house in South Haven, Michigan, and hung out together for an extended weekend. Mostly we played games together, and ordered out… and it was fun and relaxing.

We did a bit of exploring together, but mostly just hung out. These types of family excursions seem to be the perfect type of vacation for all of us. And each year that we go, the trip invariable makes my top ten list. 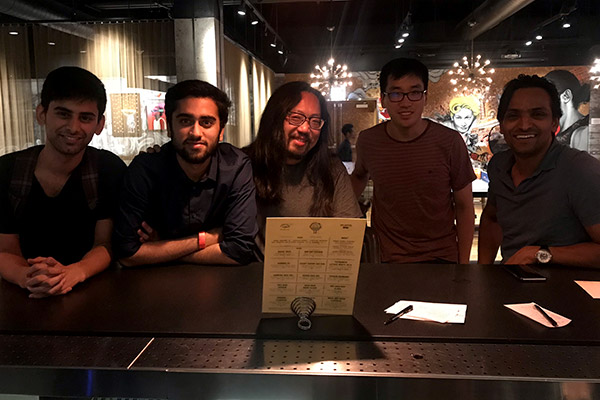 One Thing Leads to Another

A celebratory event at work (commemorating a big internal project) was a fun thing. But post-event, a few of my coworkers stayed afterwards and saddled up to the bar for some more drinking.

A very unexpected and silly/hilarious end to the night. 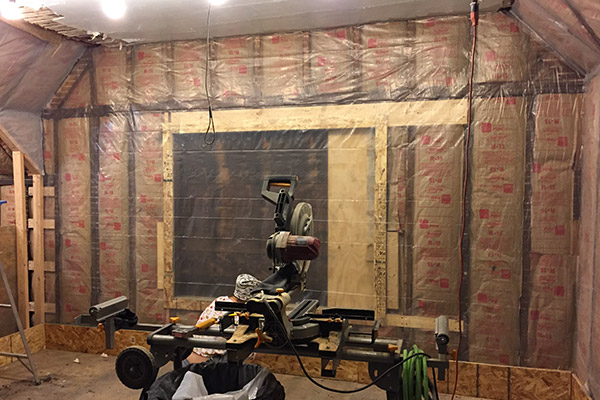 The master bedroom has undergone a lot of changes, ever since we started working on the second floor. I recall the exact moment I looked at the north wall (compelte with insulation and visqueen), and realized just how much progress has been made. 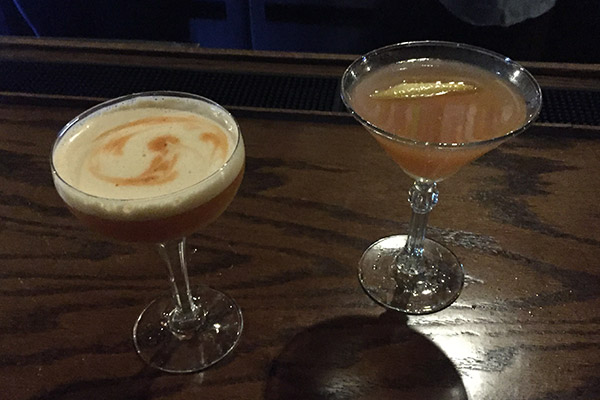 Liz and I spent the full day doing a ton of things: dentist appointment, stopping in to talk with a flooring vendor, shopping at Abt for appliances. We were all voer the place, quite literaly.

We ended the day by getting some drinks at Bibliophile, the newest bar/bookstore to open up in Hyde Park. 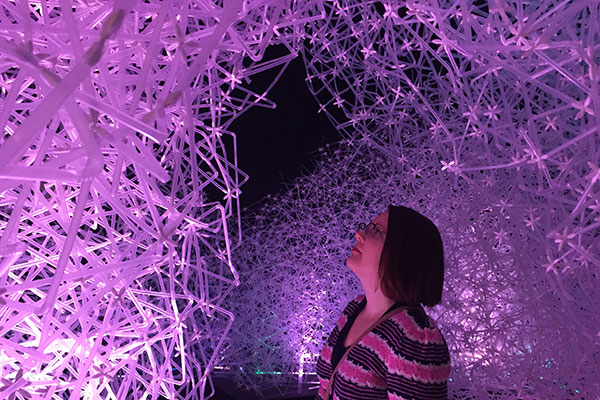 Liz surprised me with a date night outing, and I didn’t know where or what we were doing until we walked in the doors.

We spent a long while wandering various rooms/installations, and ended the experience with 60 sseconds inside an infinity room created by Yayoi Kusama.