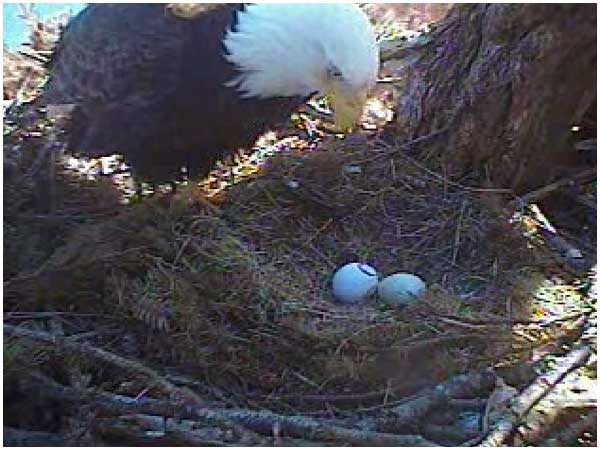 Yesterday, I mentioned the riveting Hornby Island Eagle Cam. Well, checking back on Metafilter (where I originally found the link), a few more tidbits of information turned up.

More information can be found on this page.

Oh, and here’s a rather dark comment from someone who sounds like they know a decent amount about eagles:

I warn you that once the eggs hatch, it’s not going to be a pretty scene.

Several groups of birds, including eagles, some owls, cormorants and others practice obligate siblicide — the first chick born kills the second. Almost every eagle you see has killed its younger sibling.

The eggs are laid some time apart, to ensure a definite size and strength difference between the two chicks. The second egg is merely insurance in case something happens to the first one – infertility, loss, crushing, etc.

So, parental discretion is advised once the first one hatches!