And out of nowhere…

Liz and I had a late lunch today, over at Mac’s. While we were eating, we were talking about the various errands we would run, going over the stores we would hit during the afternoon.

First, Liz noticed someone walking around with a rather strange hat on. We weren’t quite sure what to make of it, but noticed that the person was standing on the corner of Wood and Division. We shrug, and continue eating.

A little later, we notice that the person with the strange hat is still at the corner. But now – she’s joined by another few people, who seem to be gathering on the corner. One person is waving a very large, very tall red banner. We shrug, and continue eating.

Four people, attached to a shopping cart, run by.

I sip my coffee.

Pretty soon, it dawns on me that it’s the Chiditarod – and we just happened to be eating brunch right across from one of the checkpoints.

We watch a ton of groups go by and after paying our bill, Liz and I decide to wander over for a closer look. 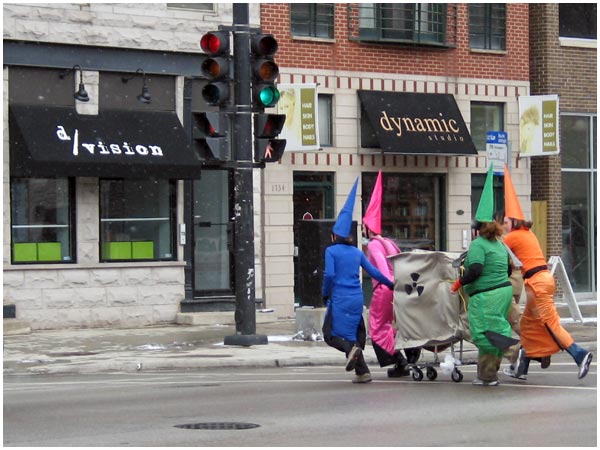 The look of FUN! 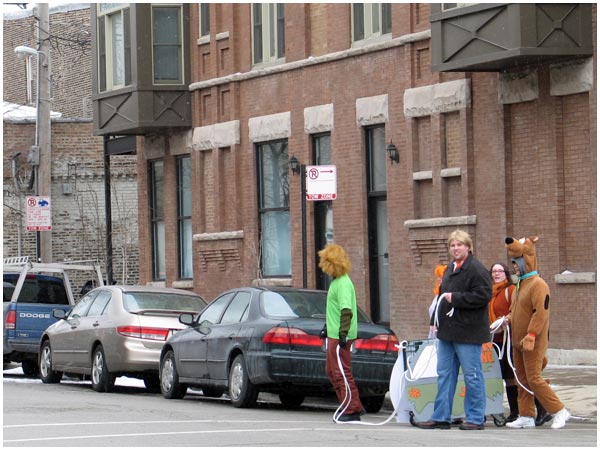 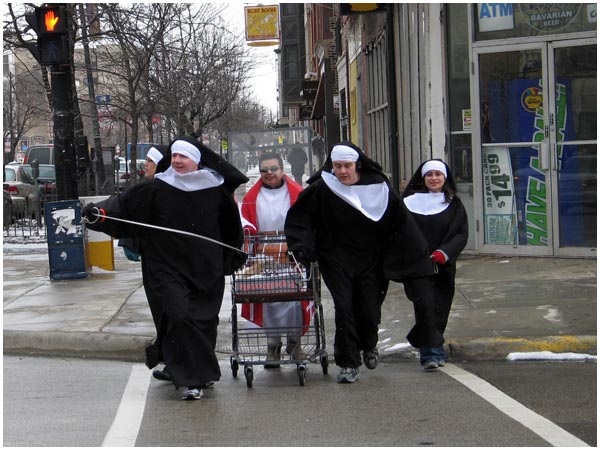 His Holiness, and companions. 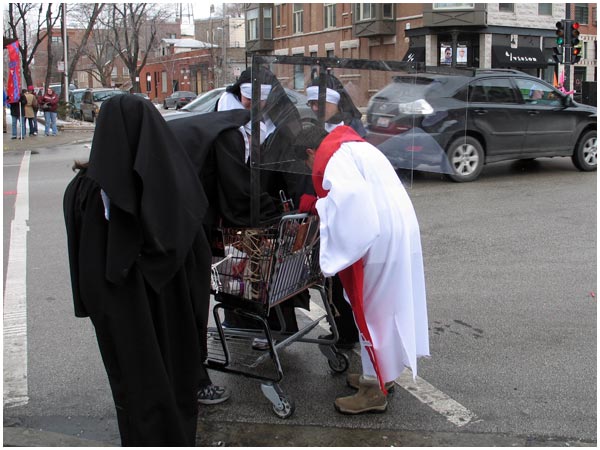 What I loved about this group (besides the bullet-proof glass), was the fact that they had their own theme music. In the cart, they had a CD that blared some orchestral, churchy-type violin piece. On crossing the street – they stopped running, and slowly walked over.

That Pope. He’s one classy guy.

After watching several groups go by, Liz and I decided to go across the street for a closer look. At the begining of the video, you’ll see a little girl (briefly), who also shows up in a few pictures. She was watching everything around her, and looked a little stunned and amazed, all at once.

As we neared the entrance to Phyllis’ Musical Inn, we heard some kind of commotion. In hindsight, I think that somebody got “caught” inside, and couldn’t get out. A few of her teammates ran back in to try to help.

In catching bits here and there, I think the bunnies were responsible. 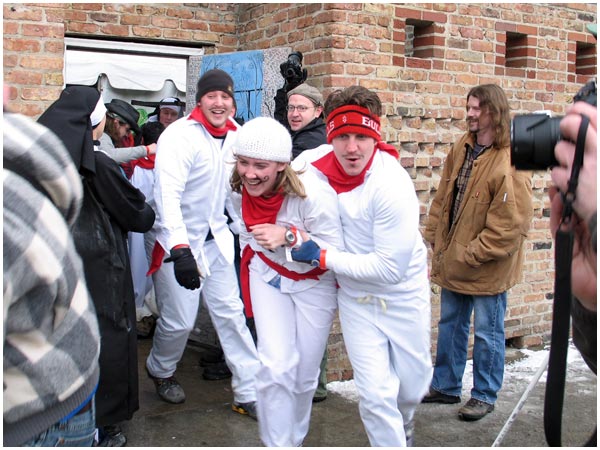 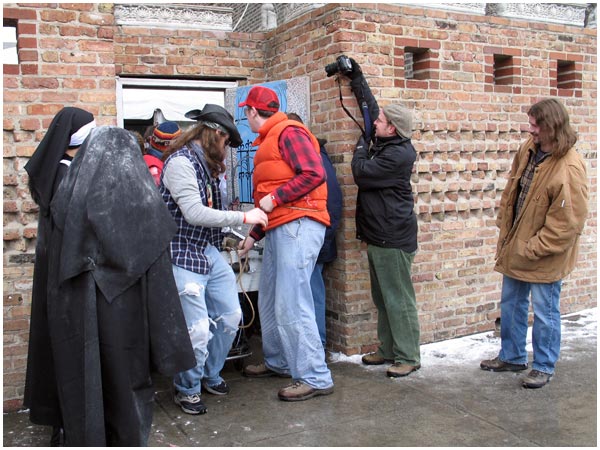 More commotion by the entrance. 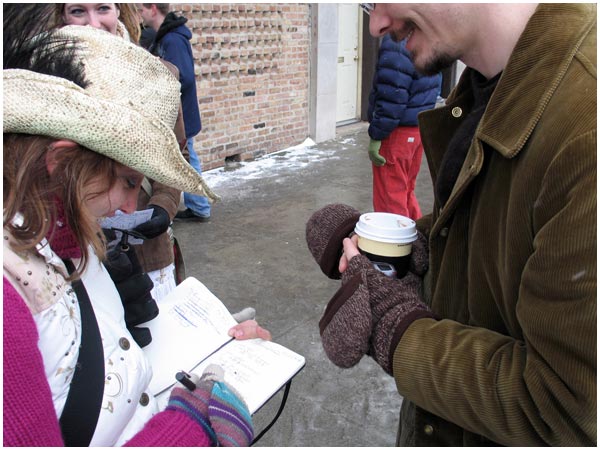 Liz (a volunteer who was going around taking down emails) talked to everyone she saw with a camera, looking to collect photos and video from the event. I saw a ton of cameras around, and I’m betting there are going to be some great shots.

Sidenote: Liz, when taking down my email, looked at me for a moment and said “You look familiar to me.” This happens so frequently, I’m no longer sure what to think. After all, my doppelgänger has already left down. 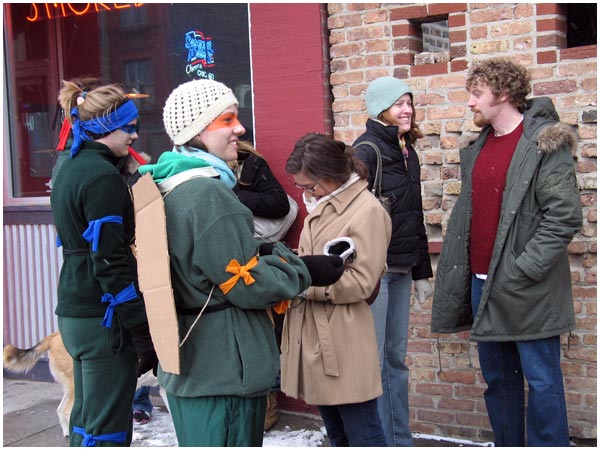 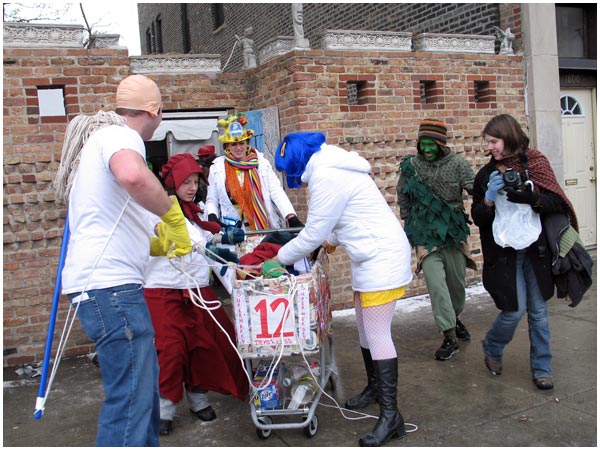 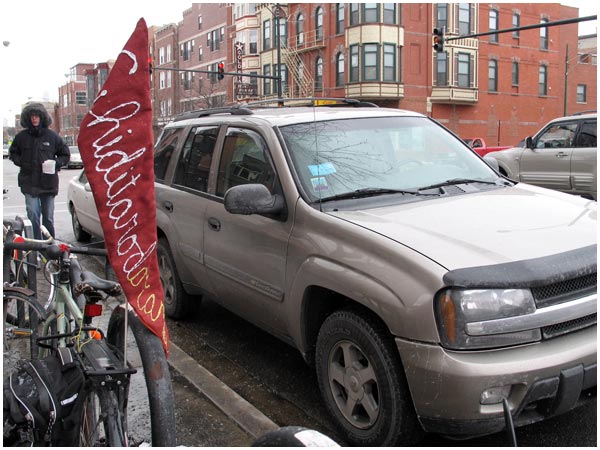 Quick shot of one of the flags, denoting that this was a checkpoint. 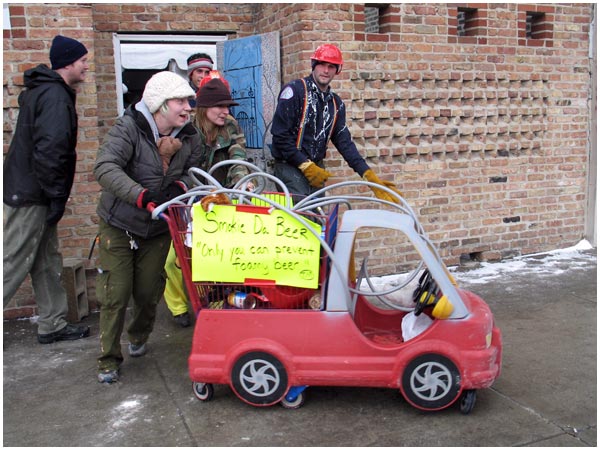 Not sure what this was, but I wonder if those hoses are connected to a pony keg somewhere inside. 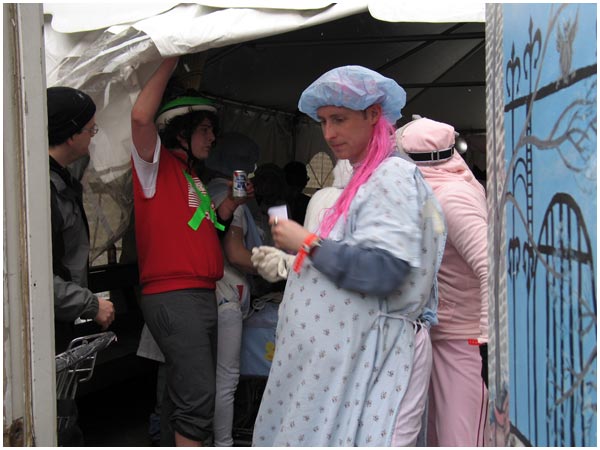 I wandered in close to the entrance/exit, and took a quick peek inside. No idea what went on in there – mayhem, chaos, madness.

In the video (below), towards the end… you’ll hear another group disparage the “damn bunnies.” 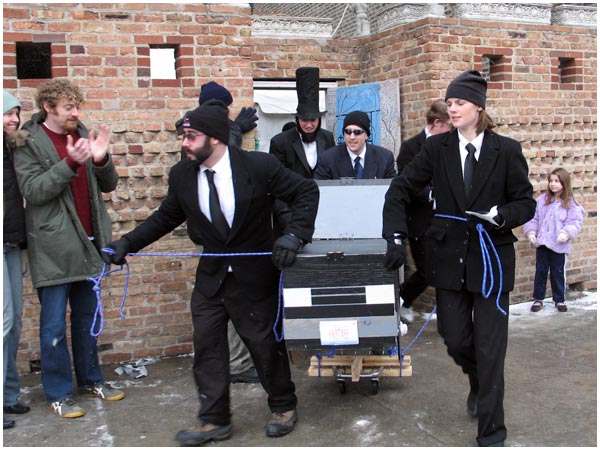 This one was also a pretty great group. 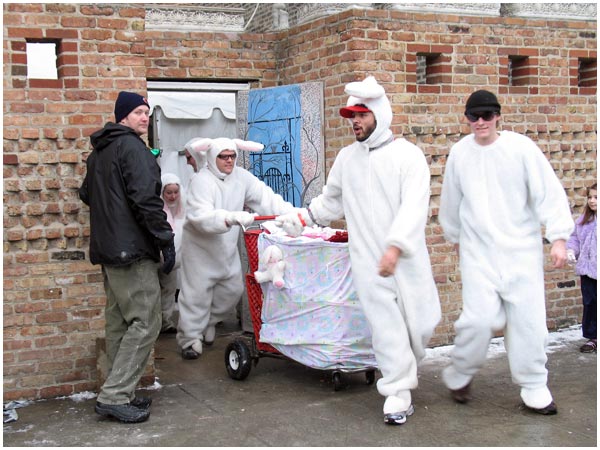 The bunnies. They look guilty of… something. 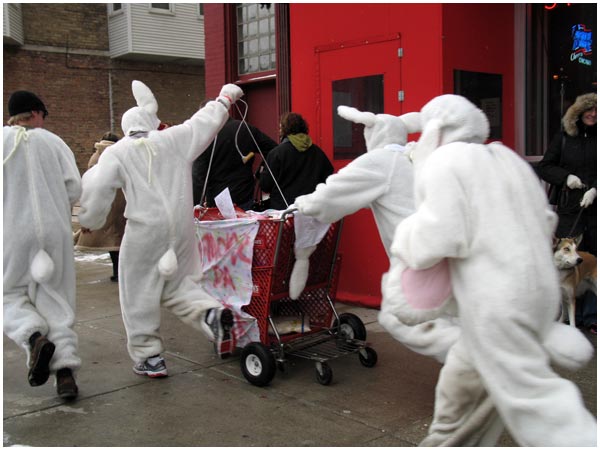