Tonight, Liz and I drove over to Indiana for Darryl’s surprise birthday party. We had gotten directions to a nearby school, and someone there was nice enogh to shuttle folks from the parking lot back to the house (it was a fairly cold, sub-zero night out). 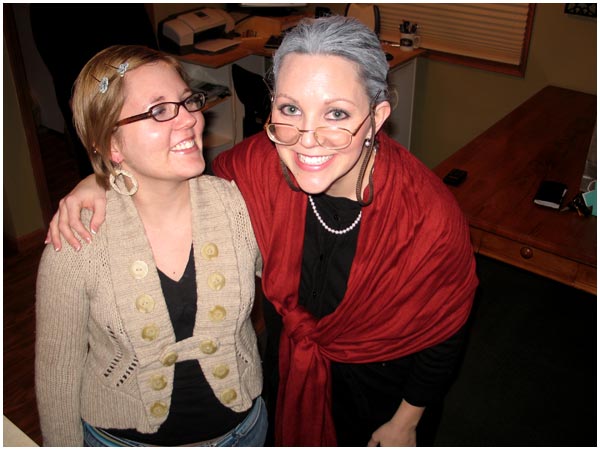 When we arrived at the house, Tricia greeted us at the door – dressed as an old, old woman. 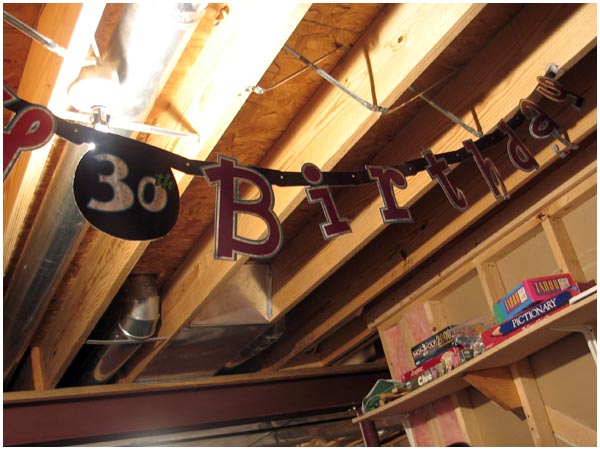 Folks milled around the house a bit, waiting for Darryl to arrive. He was under the impression that he would be hanging out at a friend’s father’s house, playing video games with the guys.

When he got close, everyone was told to go downstairs and hide. 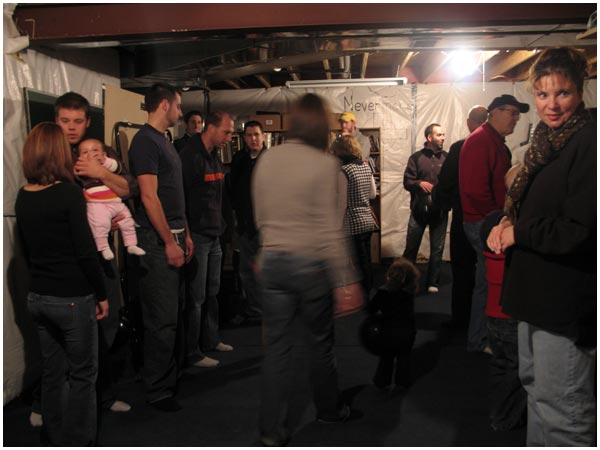 A view of the basement room, with everyone in wait. There were a lot of kids running around wiht balloons the whole time. 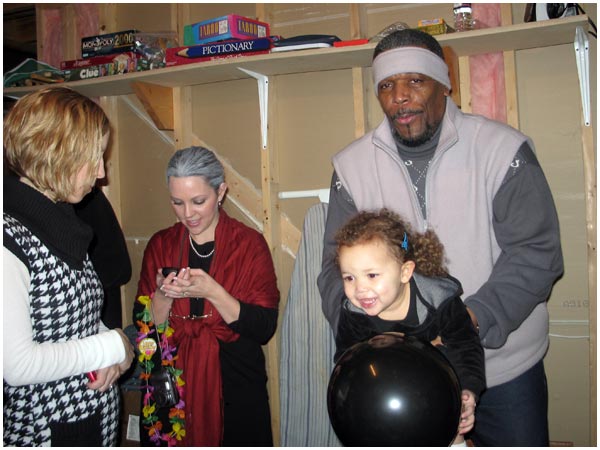 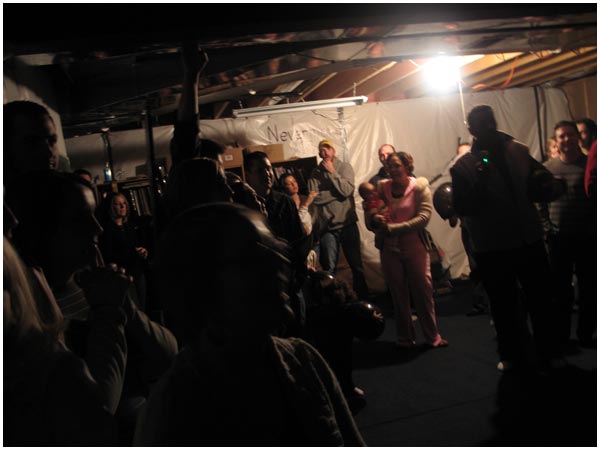 Moments earlier, we heard the front door open and someone stamped their feet – a nice signal to the rest of us that they had entered the house. 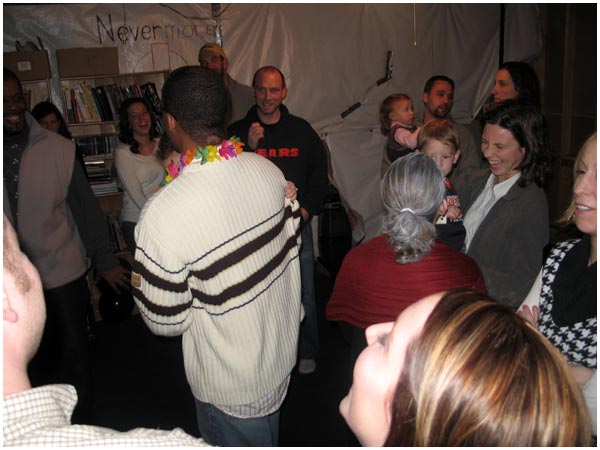 Moments after the surprise, Darryl goes around to everyone in the room. 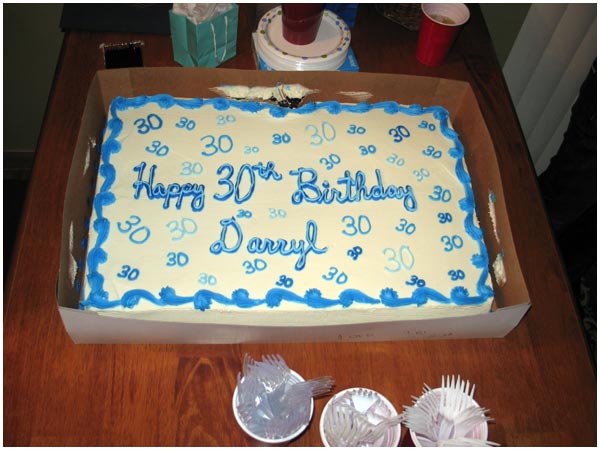 A big birthday cake for the big three-oh. 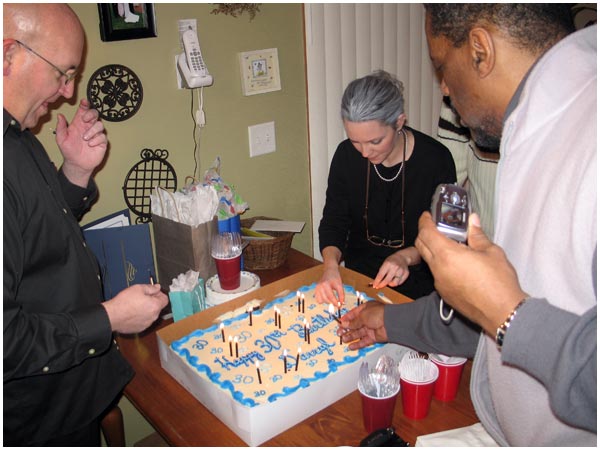 Getting the candles prepped… 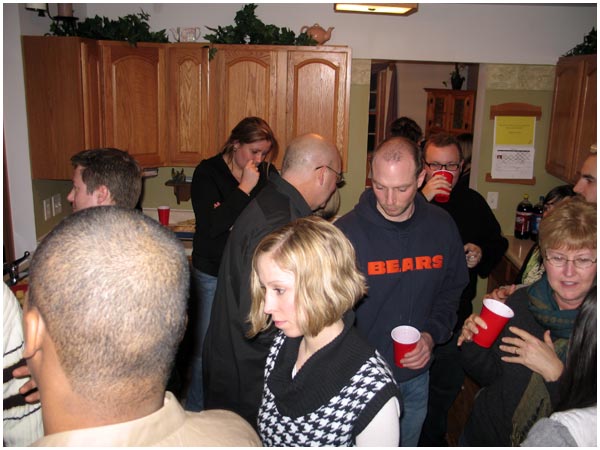 The kitchen and living room were pretty packed with people… 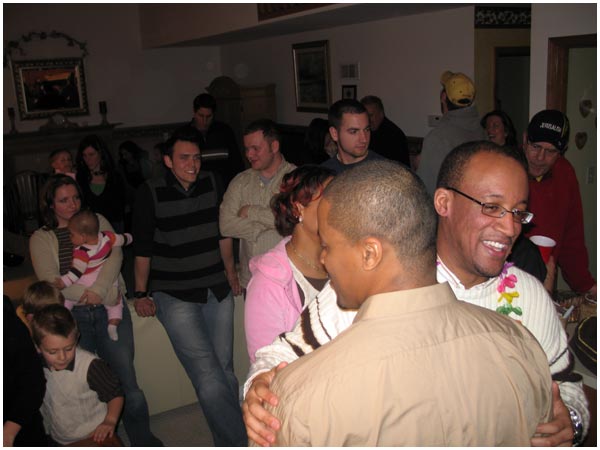 A bit later on the evening, Darryl’s brother Chris showed up with his family (having made the trek all the way from Detroit).

A nice highlight of the evening was a great letter/speech that Darryl’s father gave, talking a lot about Darryl’s life, and the paths that led him to where he is now. It was really a great, great letter… and a very touching moment, for all in attendance.