Judging them by their covers 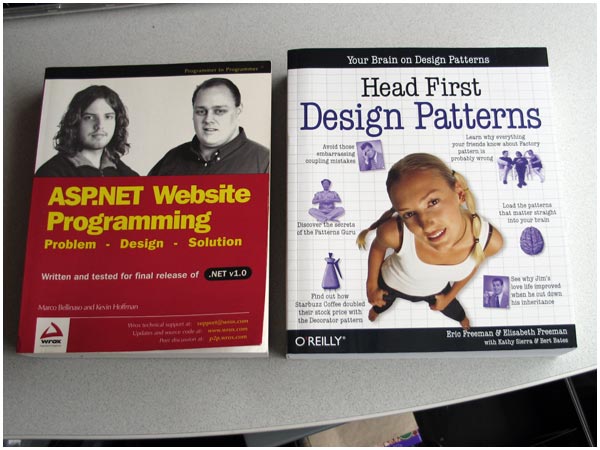 At work today, we were looking over a few of Justin’s tech manuals. On the left is one that he got for ASP.NET, and one we all love for the cover. I believe it’s from the “Developer to Developer” series, and their “thing” is to place photographs of the authors on the front cover.

All well and good, but the guy on the right looks two steps shy of collapsing. Everytime I see this cover (and I see the guy on the right), I hear him saying “I had to go without sleep for four days straight, but I made the deadline. The book is done!”

Over on the other end of the tech cover spectrum is the “Head First Design Patterns” book, a recommendation from some of the Microsoft people who have been in to give our devs some training in .NET 3.0. Everyone here was surprised to find that O’Reilly was the publisher, and is apparently now targetting a younger, hipper audience. 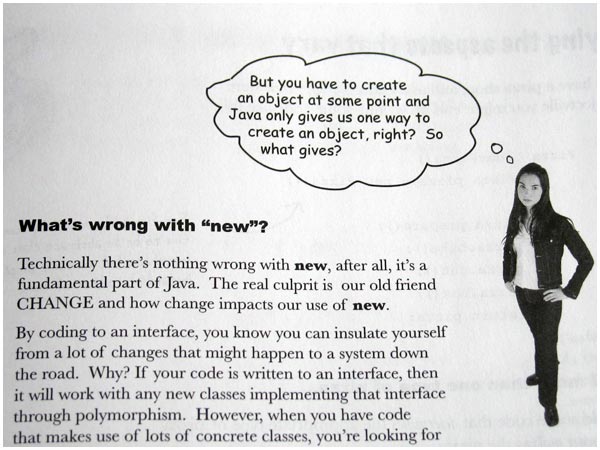 « Secrets in the news
Cold Winds, Modern Furniture and a $150 Cup of Coffee »