On the ride in to work, I got a message from Mike:

You and your camera need to swing by federal plaza today. State Police are here giving a demo of what happens during a rollover accident. They actually have a truck, looks like a roller coaster ride…. 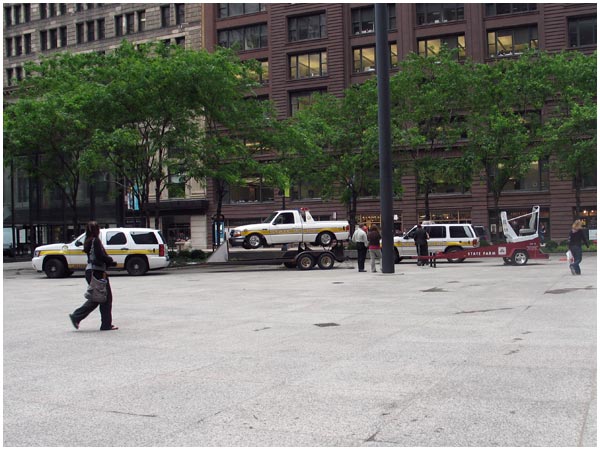 Sweet. Liz and I detoured a bit from our routine, and swung by to see this. 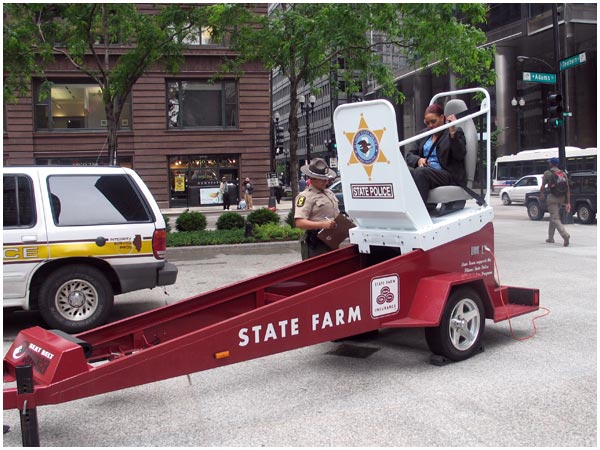 A small crowd of about 3 other people were gathered nearby. One way was agreeing to something, and we watched her walk over this contraption.

Based on Mike’s message, I thought that this was the rollover device… and that the woman would actually topple forward, head over heels.

Note the clipboard in the officer’s hands – some kind of waiver had to be signed, prior to people getting on this thing. 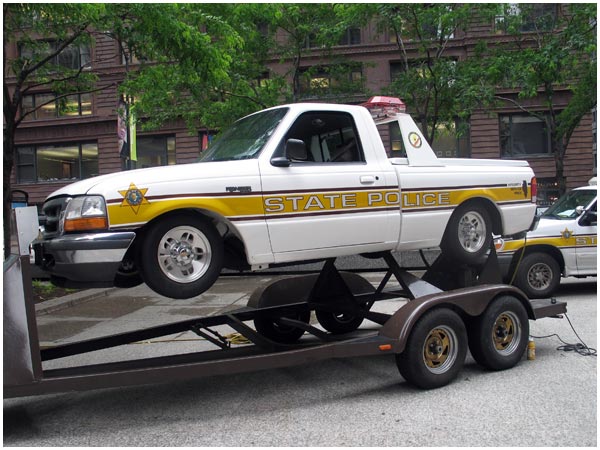 Here’s the truck that Mike was talking about. Again, I feel like I mis-understood Mike’s message, as I was all prepared to sign a waiver, step into this guy, and be tumbled about, topsy turvey. At the time, I actually thought it was some kind of roller coaster ride. 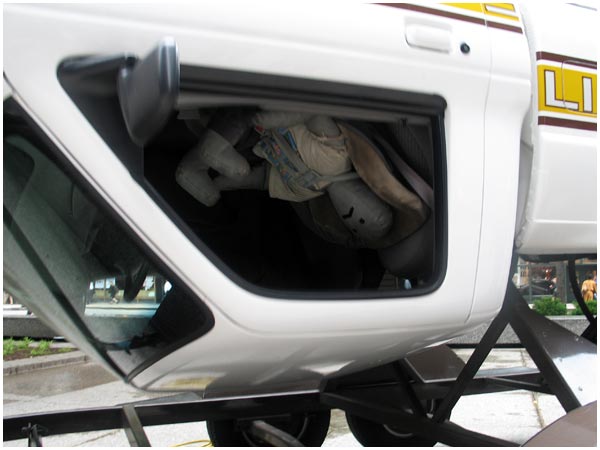 Here’s a closeup shot of the passengers, upside down but held in place because of their seat belts. 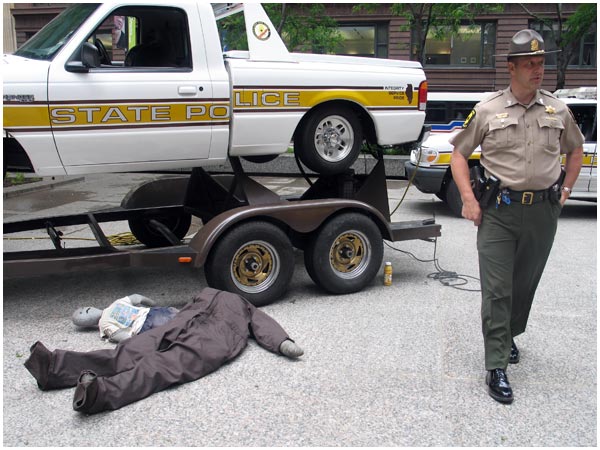 Post demonstration. A few things I learned today is that oftentimes, glass will blow out when a car rolls over. Also? The majority of injuries/fatalities related to a car rolling over have less to do with things happening inside the car.

A majority of what happens in car rollovers is people not wearing seat belts, and subsequently getting thrown out of their windows… only to get hit or crushed by the rolling vehicle. Watching the dummies fly out of the window was actually a pretty sobering experience. 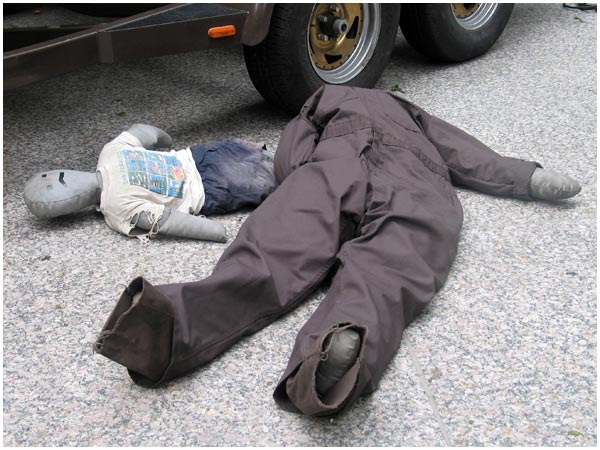 I felt like a ghoul, but had to get a few more shots of the dummies. 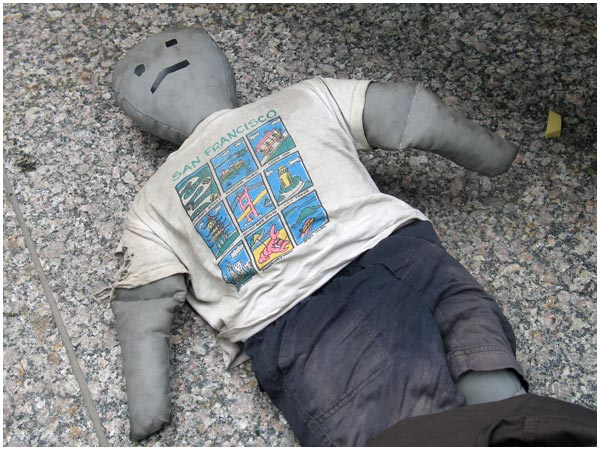 I suspect this is a travelling show. Also, gauging on the wear on his sleeve, this guy must get thrown out of a lot of windows.

Later on in the afternoon, post-work, Liz and I hung around downtown to do some wedding errands. We ended up taking a cab back home and, while in the back seat, remembered to put on our seat belts. You know… just in case we tipped over in a ravine, and the car started to roll. Never can be too safe about these things.