Recently at work, we made an announcement to our CMS clients that we would be officially supporting Internet Explorer 8, Firefox 3 and Safari 4. This came after a good deal of QA troubleshooting, and it was a nice milestone for us.

One of the things that came with the new browser adoptions though, was us dropping older browsers. While we are now supporting newer browsers, we also support only one version prior. So for example, we would be supporting IE8 and IE7, but no longer supporting IE6.

Many of the CSS folks joked, along time ago, that when we stopped supporting IE6… we should throw a party. Get a cake or something. From my understanding, the amount of troubleshooting and work that goes in to addressing IE6-specific issues is a great deal of work. While there have been movements (all over) to move away from IE6, it’s a difficult transition for many companies to make given how many people *still* use IE6 as a browser.

To celebrate the occassion, I offered to get a cake. I got a few designs submitted, and we ended up voting on them as a group. 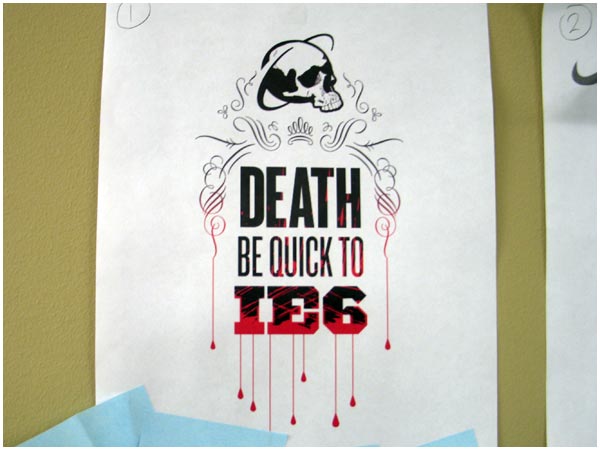 A beautiful design by Justin S. 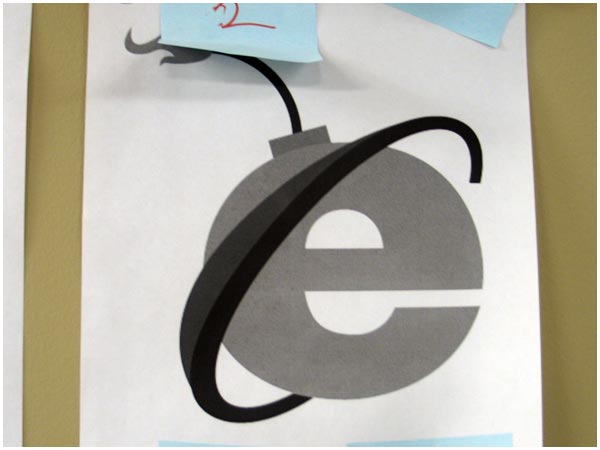 Chris submitted his take on the old IE logo. 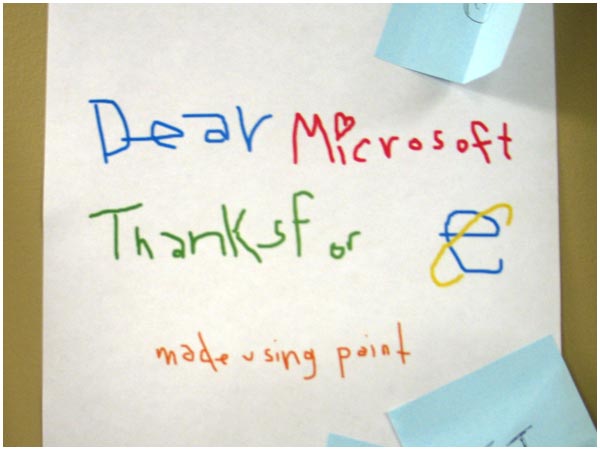 A quick vote was taken, and TJ’s design won out by a hair. 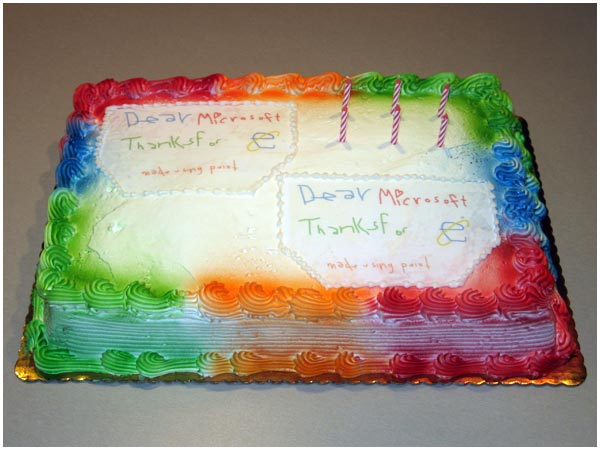 And here’s the cake that was made.

Let me take a moment here, and mention poor Liz’s involvement in all of this. On Thursday evening, I went to the local Strack and Van Til (over on Elston). I gave the woman at the bakery a printout of TJ’s design and made the mistake of saying that “it didn’t have to look exactly like the drawing.”

Liz offered to pick up the cake for me, and drop it off at work sometime in the afternoon. When she arrived, she called me to tell me that the cake looked nothing like the design I left with them. While they got the colors right, the icing was done by hand… and done WELL.

I had figured they’d at least try to copy the design. But apparently, someone just iced out the text verbatim, like they would for any other cake, in nice, normal, handwriting. This thing deserved to go on Cake Wrecks, but for the reverse reason: we wanted a crappy looking cake, and they got the request wrong… and made it decent looking.

After talking with the folks at the bakery, Liz found that they could “print” the deisgn on the cake. But given the size of the cake itself… the printout wouldn’t look that good, situated in the middle. There’d be a lot of room on either side.

Liz asked if they could tile the image, and she later told me that the person she spoke with looked at her like she was speaking in another language. After asking if the woman could find out if it could be done… the woman left left Liz standing at the counter for about 10 minutes, just waiting.

There was a lot of back and forth, and what was originally supposed to be a 5 minute pickup blossomed into a horrible, hour thirty ordeal for Liz. To say that the staff at the bakery there was unhelpful is an understatement, and I now know where to never go for a cake.

I guess it’s appropriate that things turned out the way they did. A relatively simple task turned into an incredibly complicated ordeal, requiring a workaround that ultimately got the job done… but wasn’t very pretty. As it was in code, so it was with cake.

Thanks to Jose for the video!