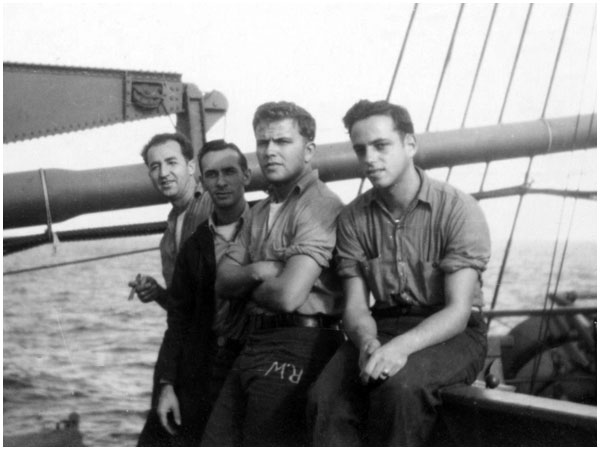 Matt Rudoff recently posted some Flickr images of recently discovered photographs of his father. Taken between 1945 – 1946, the photos reflect what his father (Leonard, Rudoff, Age 17) saw aboard the USS General H.F. Hodges.

It’s a pretty fascinating collection, and something that just drew me in immediately. The photo locations span from New York’s Hudson River, to the Suez Canal, to Calcutta, India. Though these are from long ago, there’s a timeless quality to the look on the young men’s faces. Take a glimpse of the world, from 60 years ago.