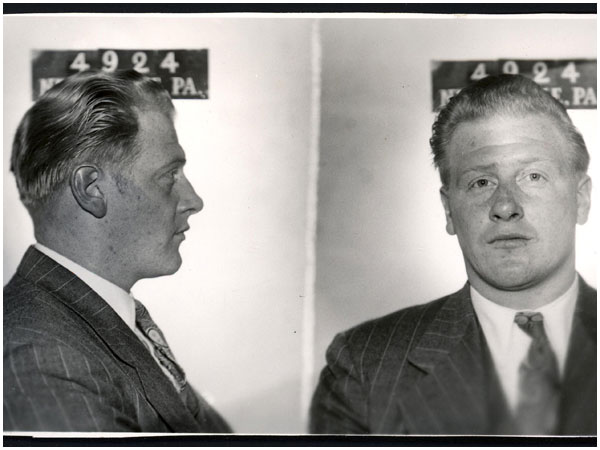 Picture above is John H. Hutchinson, who was arrested for forgery in 1948. Prior to his arrest, he had been a decorated veteran, fighting Nazis in Europe and earning both a purple heart and cluster. Not only was his turn to crime surprising, but how his story ends was also a surprise as well.

It’s less the grit and grime of this site that I find attractive. What draws me in is not so much the noir, but the small town aspect. Seeing glimpses of another’s life, and the decisions they did or didn’t make.

crimerepetition and variation
« Fat Man and Little Boy
Florence + the Machine: Kiss With A Fist »