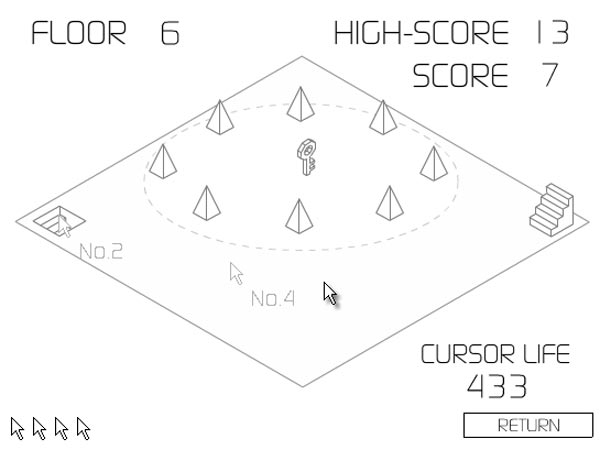 Yoshio Ishii created a fantastic game about a year ago, entitled Cursor*10. Today, I found out he’s created a second version of the game.

I’ll leave it to you to figure out the gameplay. Overall, it’s a fairly easy objective – click on the stairs to advance to the next level. The goal: reach the 16th level.

As I mentioned the first time, the key is in the subtitle: cooperate with oneself.

The game mechanics still really impress me, even though it’s not until the later levels that the stratgy starts to get really involved/complex. I think the pacing of the game, like the first, is excellent. There’s enough ease at the start to let you figure out how to play, what’s going on… and the later levels start to crank up the difficulty at just the right rate.

« Placing Ads on the Blog for the First Time (in Six Years)
New Tropicana Packaging, Malcolm Gladwell and Sensation Transference »