Young Me / Now Me: Portraits of People Over Time 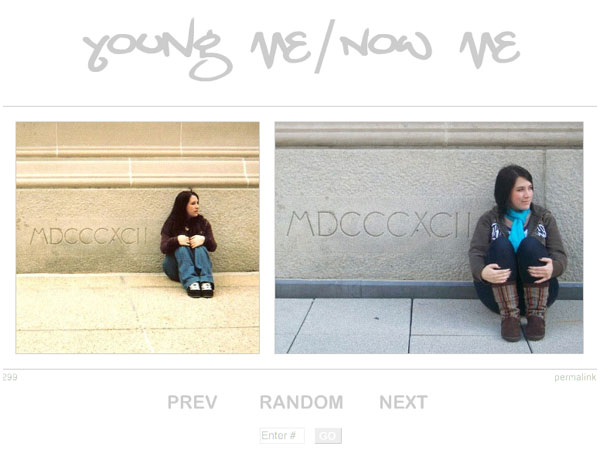 Young Me Now Me is a recent project by the very fun (and very funny) Ze Frank. The premise is a great one, and remarkably simple. Submit two photos of yourself: one of you at an earlier age; the other of you as you are today, ideally doing the same pose as the original. 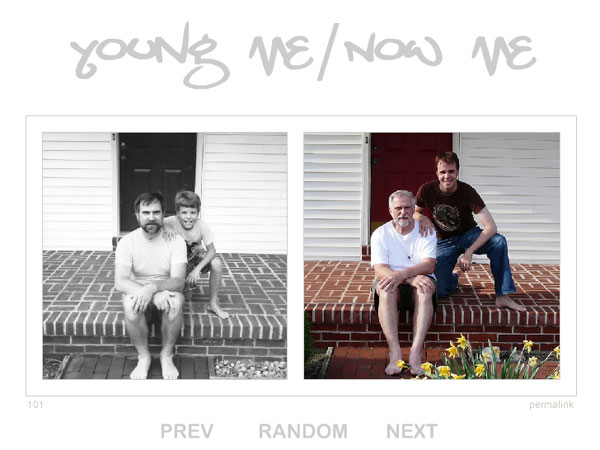 The whole project is genuinely delightful, spirited and fun. The photos that jump out most to me are the modern photos that most closely resemble the original. With more elements replicated, the differences stand out even more between the two.

Repetition and variation. Love this stuff.

There’s a strong pull of nostalgia, running underneath this project. It’s hard to pin down, but it’s there. I’m reminded a lot of My Parents Were Awesome.

When I think of Ze Frank’s projects, I think of Jonathan Harris a bit. Both artists go about creating amazing things with crowds (although Ze is way more playful in his explorations). If you aren’t familiar with all the fun stuff Ze Frank has made, you should really check out his site.

PS: Remember way, way back in the early days of the Internet and this How to Dance Properly tutorial got passed around? That was Ze Frank.