Today, right before lunch, James mentioned to me that he and Ben were heading to a comic store… and did I want to come along?

I hesitated a bit, and he followed up with “You don’t have to buy anything. You can just go look.” And after that comment, I was lost. 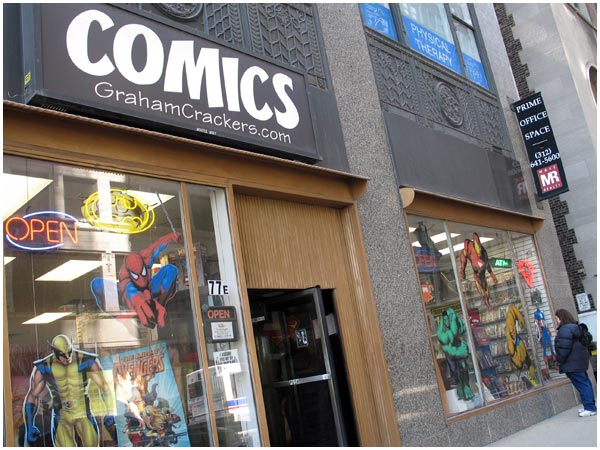 I never knew there was even a comic store (Graham Crackers Comics) downtown. While I’m generally used to picking up comics at a place like Quimby’s, it’s been a LONG while since I’ve stepped foot in a bona fide comic book store. I think the last time may very well have been when I was an undergrad, going in to a store in Bloomington, IN once a week to pick up a new Sandman trade paperback. 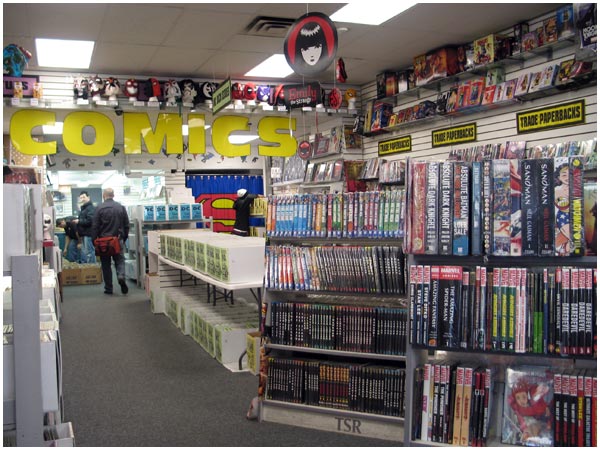 The interior, which was much larger than I expected. Having been only to Quimby’s for so long, my mind boggled at not just a small area… but an entire store devoted to comics. I knew there was a lot out there, but forgot just HOW MUCH was out there, you know? 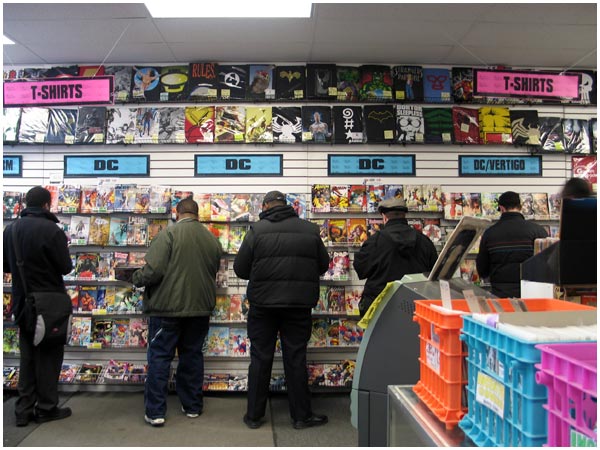 I was also unprepared for how many patrons were inside the store, shopping. My limited experience was always that comics were for a small subset of people, specialists as it were. But I wasn’t expected the number of people inside the store… that really surprised me. A lot of “excuse me” and “pardon me,” just walking around. And lines at the cash register. 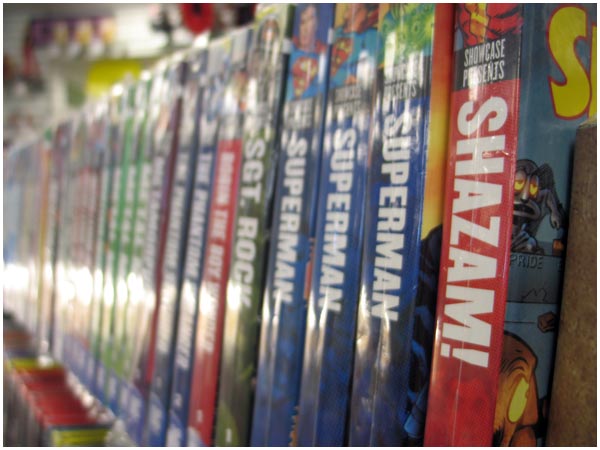 Random shot of some comics. 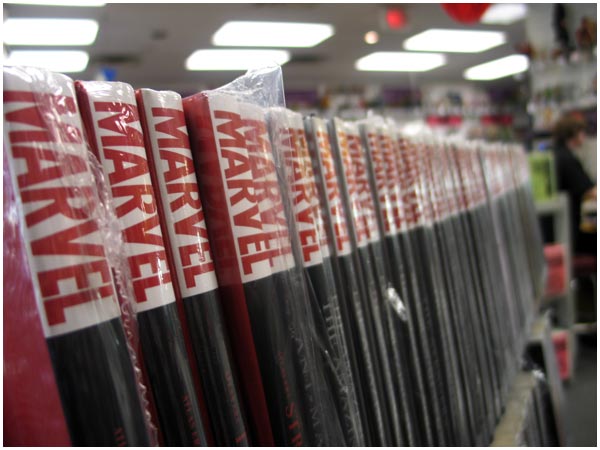 I never got much into comics as a kid, although I did have a smallish stack of them growing up. Somehow though, I learned the various histories/mythologies for most of the well-known characters. I must have read other friends’ comics or something to that effect, as I never really collected them. But I think of those stories in the same (fond) way I think of the fairy tales, fables, and various mythology stories I read. 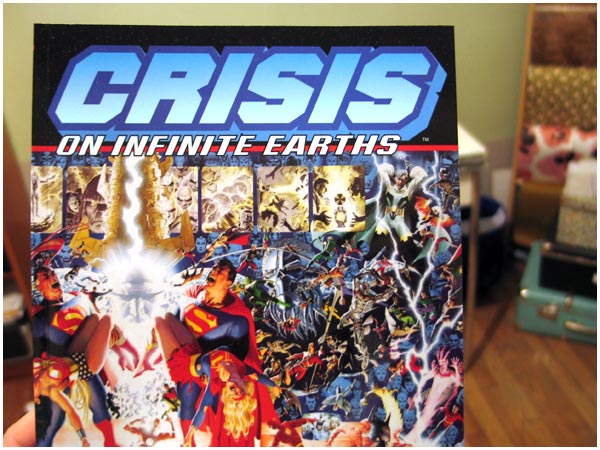 In true crack dealer fashion, James’ “You don’t have to buy anything” led me to buy something. Looking around the store, I remembered snippets of old storylines that I never really got closure on.

Each time I mentioned something to James (“Wasn’t there some kind of ‘Secret War’ that took place on another planet? and “Wasn’t there something with ‘Crisis’ in the title?”), I swear – his face would light up, he’d smile… and move towards a section of the store where the thing in question could be found.

What a fun time this was. Best field trip I’ve had in a long while.