Liz and I headed to Indy a little later than we expected. This past week has been a little hectic, so we left one day later than we had planned, catching our breath a little before heading home. 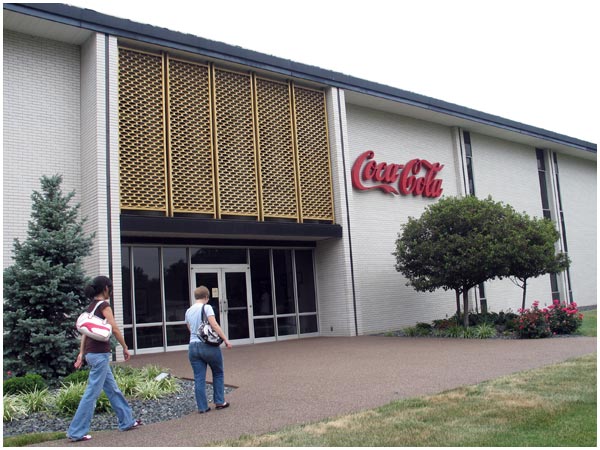 On arriving in Indy, we met up with my sister and my cousin Jenny. We, along with her husband Dan, all toured the Indianapolis Coca-Cola bottling plant (she works for Coke). This is us at the entrance, about to get our visitor badges and tour. 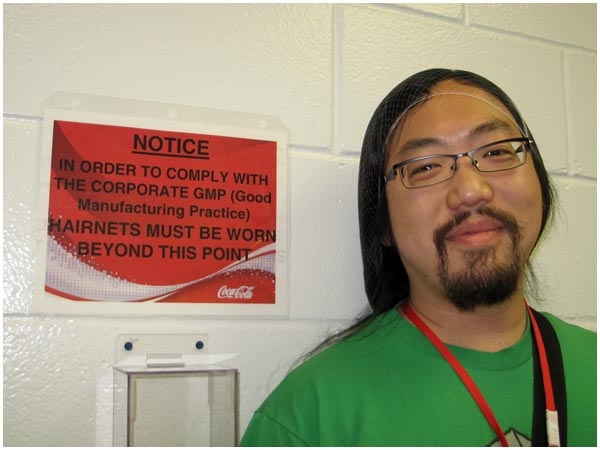 Me, complying with the rules. 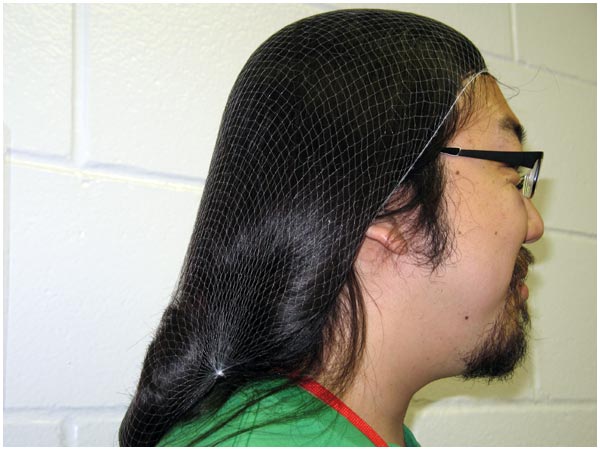 The hairnet, from the side. 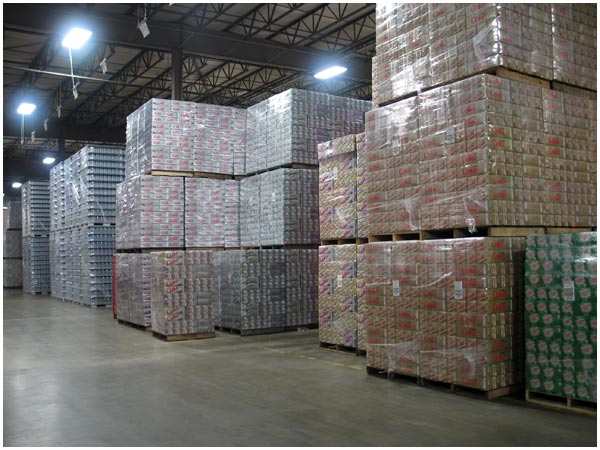 The first of many large stacks of Coca-Cola products. 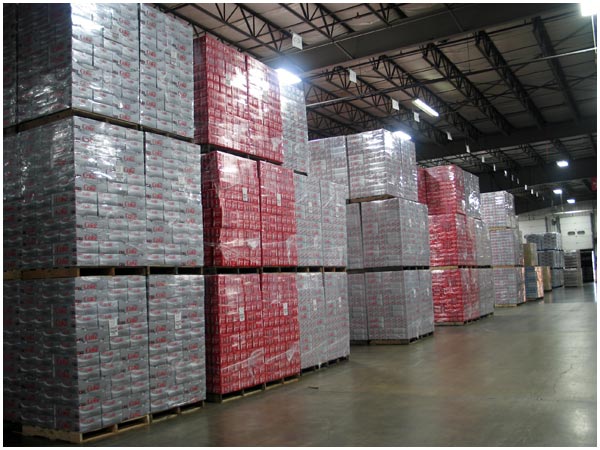 Another large stack of Coke. Sadly, we saw some pretty spectacular machines and automated processes… but I wasn’t allowed to photograph any of it. For a while, it was just like those video interstitials from Mr. Rogers’ Neighborhood, where you got to see all the behind-the-scenes stuff at factories.

Sadly, you’ll just have to take my word for it that there were some pretty spectacular, neat machines. For a good while there, I was bummed that I couldn’t record/share all the neat machinery at work. 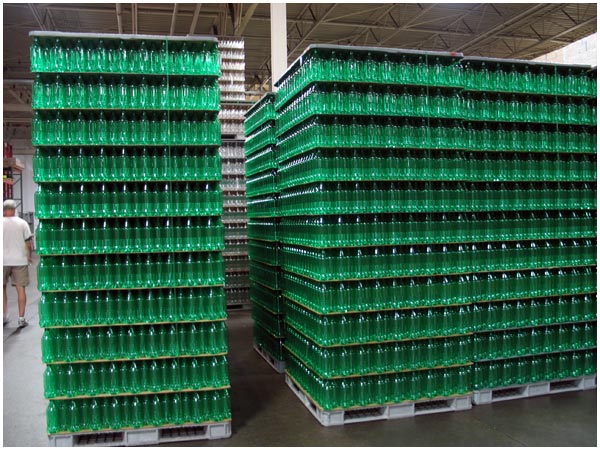 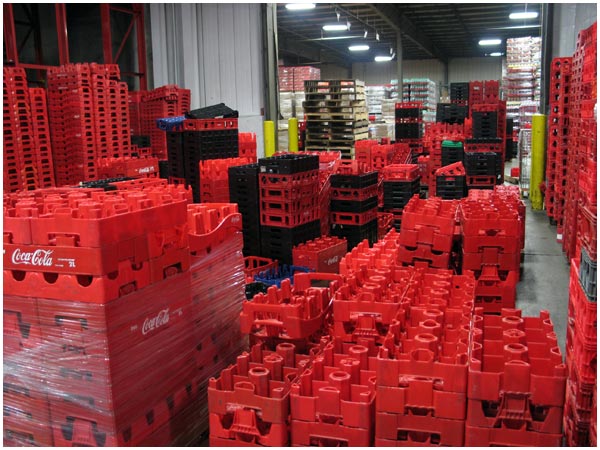 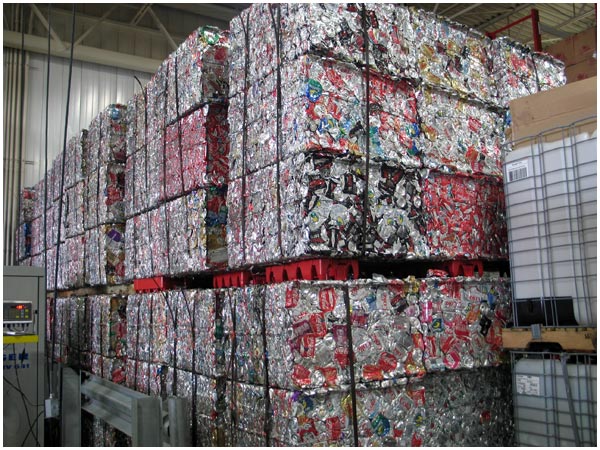 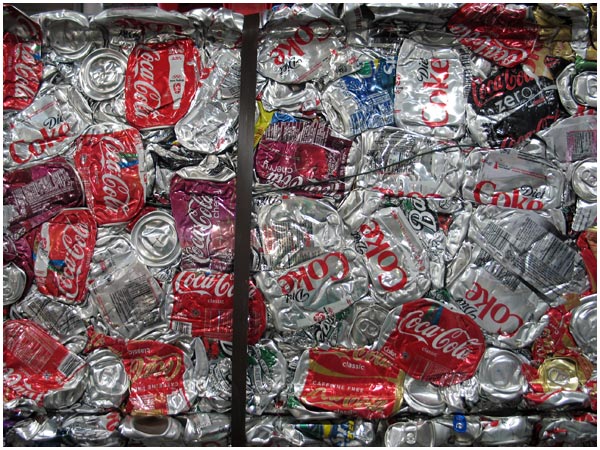 Closeup of one of the bales. 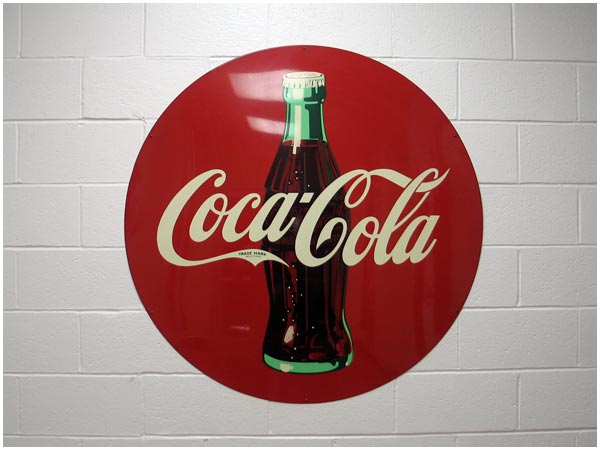