Liz and I went to go hang out with Justin a few days ago, and got to see his pretty fantastic rooftop view of the Chicago skyline. We met up with Howard and Chris over there, and all made our way up via an access point in the storage room behind his apartment.

It was fairly dark the whole time, so that sort of added to the adventure. On top of that, the actual “steps” up to the roof seemed to be a fairly old series of wooden steps. Someone had placed a ladder on top of the stairs, which helped somewhat with the support… but also made things a little harder, in terms of climbing.

Add to that the fact that we were juggling bottles of beer and glasses of wine, and it made for a slow ascent. 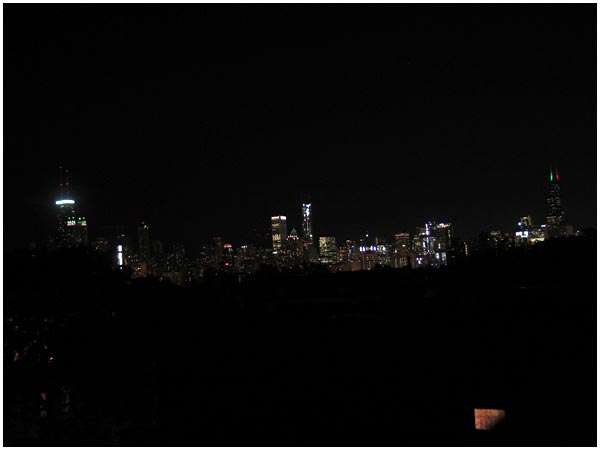 The view, right as you emerge onto the rooftop. Everyone was pretty awed, as it’s a totally unobstructed view. Just lovely. 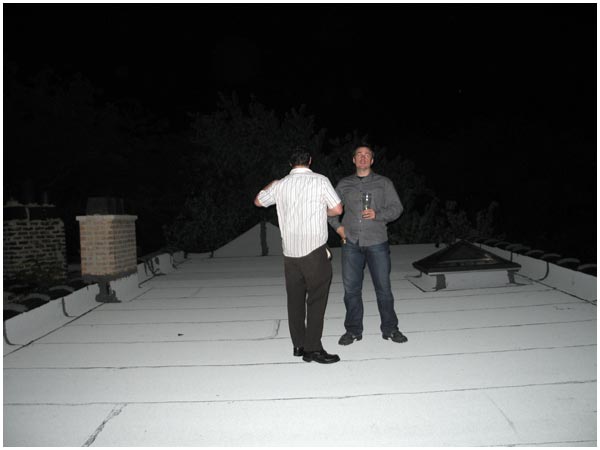 Justin and Chris, relaxing with their drinks. 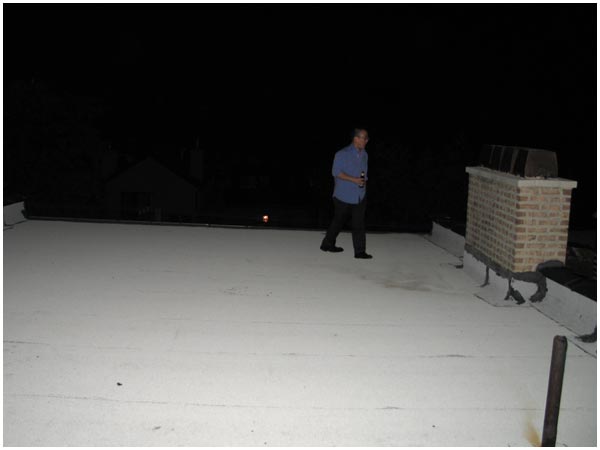 Howard, exploring the perimeter. I gotta say, this made me SUPER nervous, even just watching him get close to the edge. 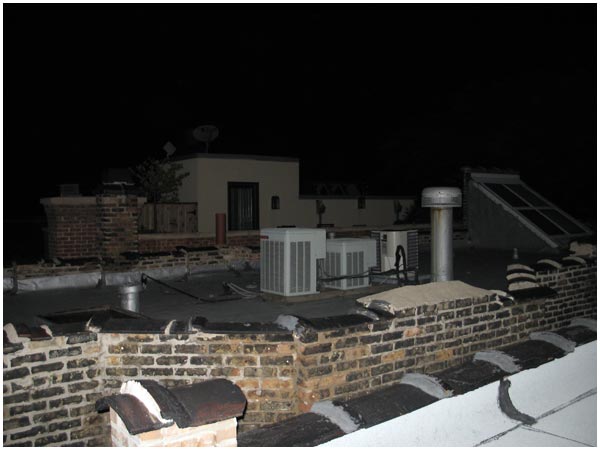 A quick view over to the other, nearby rooftops. The space between buildings was remarkably small… so small thatt jumping from one building to the next wouldn’t require any super parkour moves.

A fun evening of exploring. Hanging out on Justin’s rooftop was really relaxing, and it was great to just chat and take in the view. I’m betting you could do a pretty fantastic timelapse if you sat up there with a camera, and watched the sun set.

Well… more likely, you’d just get wrapped up in the sunset itself.