We learned about Mick’s upcoming appearance on WGN Morning News on Sunday, when visited Liz Rench and dropped off some custom hats that Liz made for Mick.

The two of them were going to be up super early this morning, and I think the segment was done live there in the studio when it aired. I was up around 7:30 AM and tried finding the broadcast on my phone… but ended up needing to leave for work before I could find the show. 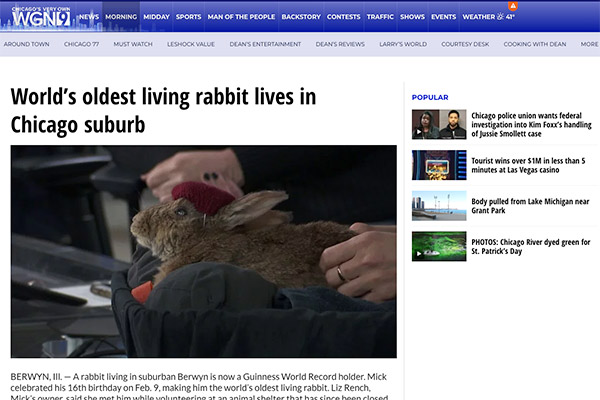 A few hours later, I found the clip on the WGN website. And it was (for a time) the main story on the Morning News page! 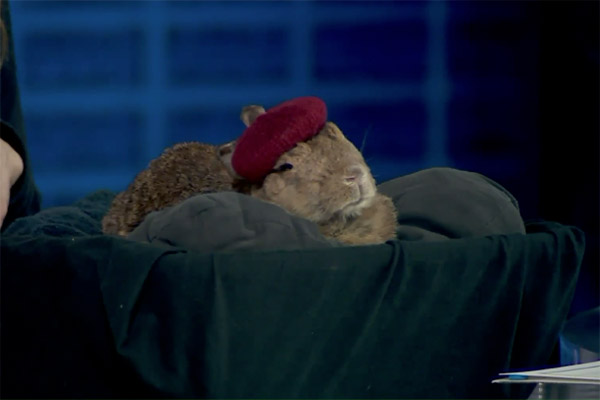 It’s definitely fun to see Mick get some of this well-deserved attention. And I’m certain most folks still don’t quite understand just how much work and time and effort Liz Rench puts in to make sure Mick is cared for and comfortable (it’s a lot).

But look at that face! He was totally meant to be in front of the cameras. Here’s the official clip from the show:

Related:
Mick Gets Some New Hats