Yesterday, while walking between the Red and Blue Line tunnel at Jackson, I noticed that, once again, all the ads in the tunnel were advertising the same product.

This experience though, wasn’t nearly as unsettling as last time. For one, all the posters are slightly different, featuring different faces. And I’m actually liking the tone of the campaign, both the posters and the logo.

Still though, walking through the tunnel felt like running a mental gauntlet. I felt bombarded from all sides, and found myself actively resisting looking too much at any of the posters.

From an aesthetic standpoint, each poster I actually liked. I was trying to break down the campaign strategy behind each – people focused, the blue serving as a nice backdrop for the iconic red that’s in the text (and also on the device).

But ultimately, I just felt saturated by the whole thing. 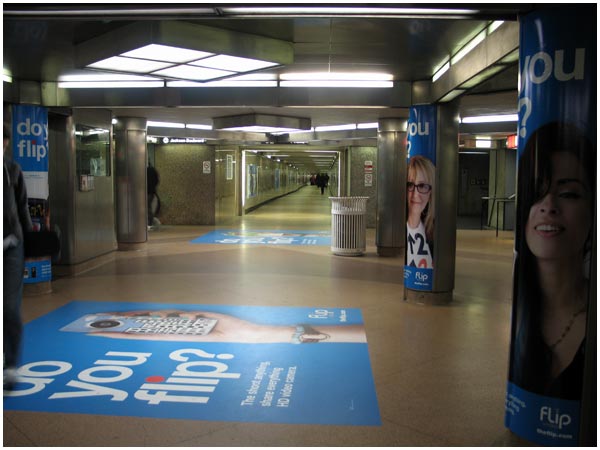 Here’s a shot looking back onto the tunnel I had just walked through. On arriving by the Red Line entrance, I noticed all the pillars were plastered, along with two or three huge ads on the floor of the station. 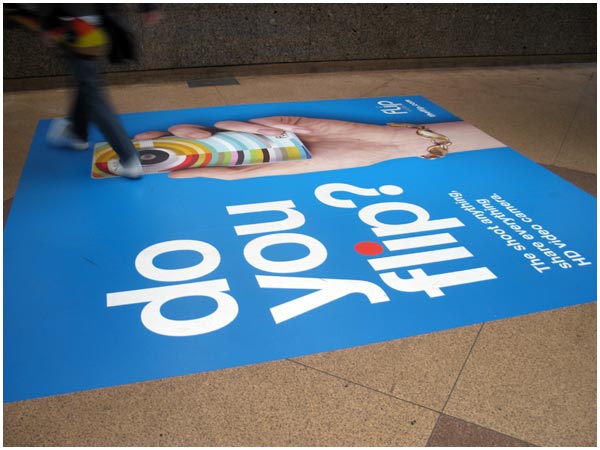 The CTA needs to generate revenue. I get that. And I ultimately know that they need to do whatever they need to do, to keep the lights on and the trains running.

But having to walk through a half block worth of ads (in some cases literally) made me feel like my morning commute took a little more work than normal. I felt cheap, Chicago, and a little dirty – almost as though I had some kind of price tag on the back of my head.

ctamarketing
« A Man and Two Ladders
Robert Sapolsky: The Uniqueness of Humans »