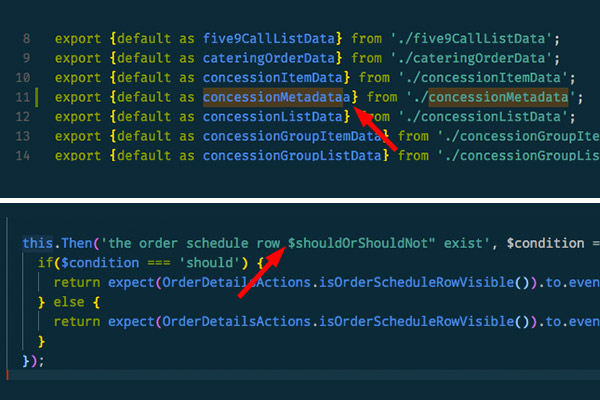 Two mistakes cost me more time than I care to admit. These incidents prompted me to create a folder called “headdesk” and to save these screenshots as reminders.

In the first example, I was referencing a file whose data wasn’t showing up. Everything looked correct, but I just wasn’t seeing what I was expecting… and it turned out to be a dang typo.

Second example is from an E2E test, checking to see whether a specific element existed or not on the page. The test would never pass, and would always fail… because I was missing the initla (Editor’s note, 3/29: ugh) initial quotation marks around the shouldOrShouldNot variable.

Another typo, and something that baffled me for more than a few minutes until I discovered what the actual issue was.