Though we had a full day slated for our travels, Liz and I spent a considerable amoutn of time getting ready before hitting the road. We had a lot of things to pack up, as we’re visiting multiple families, and celebrating the holidays in a few spots.

We rolled into Detroit a bit later than we planned, but the nice thing (and the thing I’ve een struggling to remember) is that we are officially on our holiday break. There are no strict schedules, and no timelines beyond the ones we wish to keep. If we’re running a little late, then so be it – we’ve got the time (which is still a novel concept). 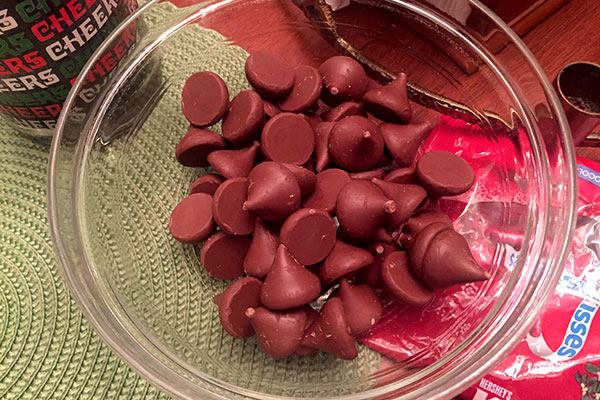 Late in the evening, Anne started baking some cookies for her coworkers. Kirt and I helped a bit, as we filled up a bowl with Herhsey’s kisses. We tried not to dip into the supply too much as we were working. 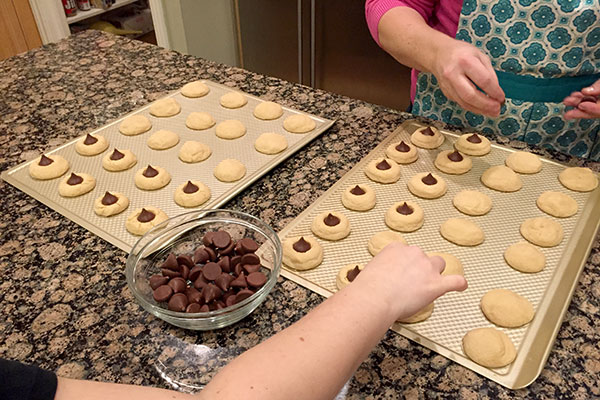 Once the cookies came ou of the oven, the chocolate got added. 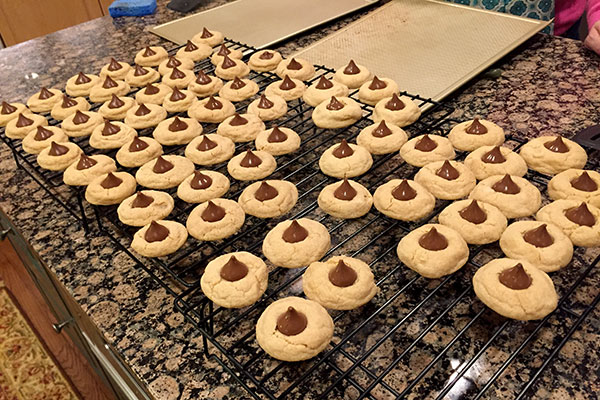 Cooling. During the process, there were a few fallen soldieres that got smushed accidentally. Lucky for me, I was hanging around and got to help with some of that cleanup.